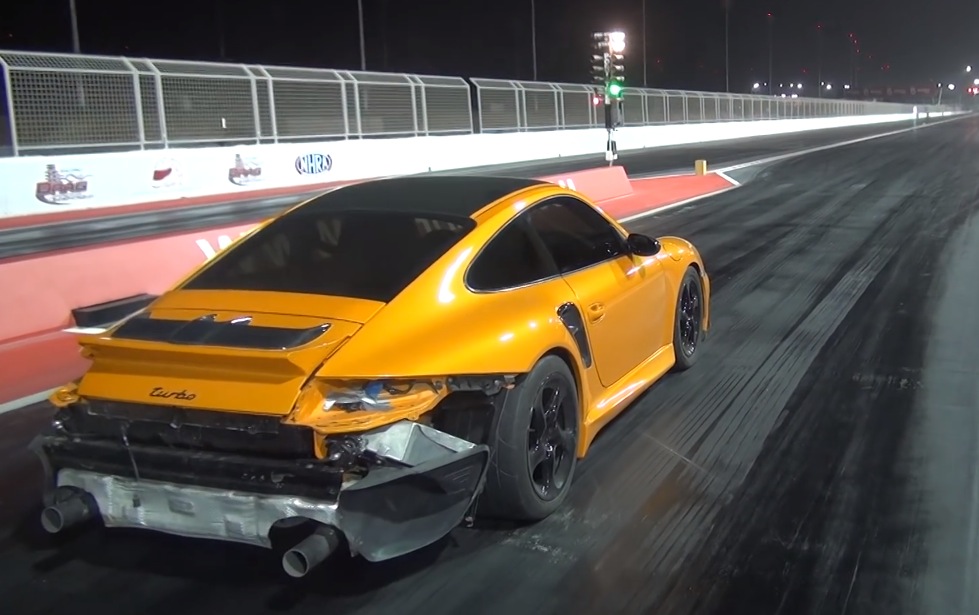 Yesterday, we saw a Nissan GT-R break the world record road-legal quarter mile. Now, a record has been broken by its archenemy, the Porsche 911 Turbo. 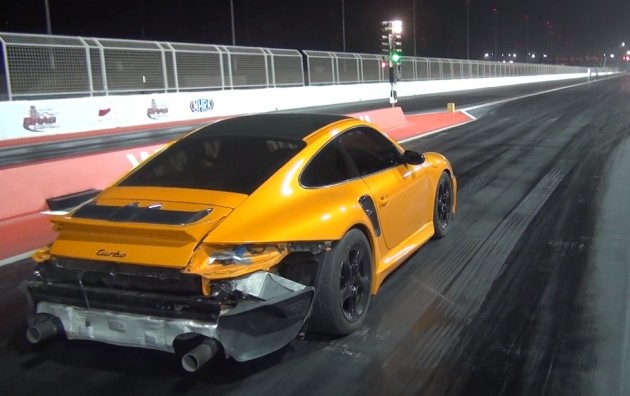 The 911 Turbo in question is a 997 model, built by Esmotor from Istanbul. Specific details and tuning that has been applied to the 911 have been kept a secret, however, you can clearly see the extent of tuning has required the rear bumper bar to be removed.

At a recent drag strip meet in Bahrain, the Esmotor 911 Turbo posted a time of 8.81 seconds at 264km/h. This, according to the video, is a new world record for a road-legal Porsche 911. It’s understood the company has some tricks up its sleeve and is aiming to break the record again soon.

The car is actually run by EKanoo Racing. You might remember the name from the epic Lexus IS F and the spectacular crash earlier this week. Click play below to see the record 911 run.