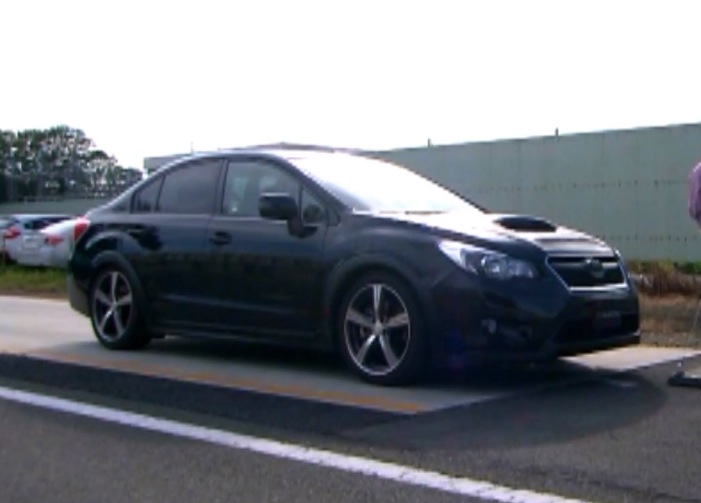 Is this the all-new 2014 Subaru WRX? An intriguing video has hit YouTube showing what clearly appears to be the next-gen WRX, pretty much undisguised, in all its glory. 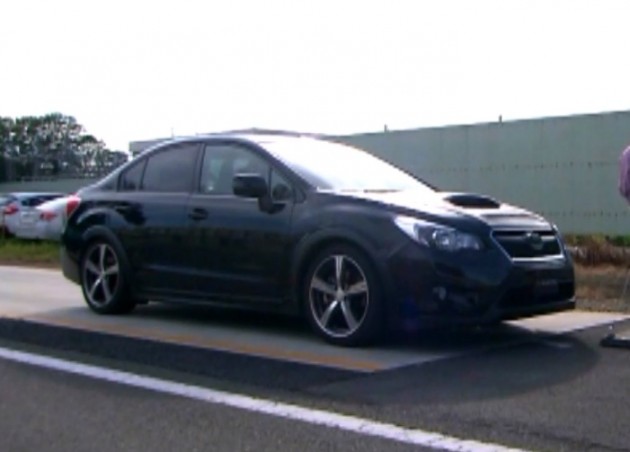 It’s believed the car is a pre-production prototype which was given to a select group of industry experts so they could test a variety of new driving assistance systems from various car brands. More specifically, to test object avoidance systems with automatic braking.

Subaru is only just introducing its latest iteration of the technology through an updated ‘EyeSight’ system. Subaru Australia announced today that the tech will arrive in Japan in 2014, while a local introduction date is yet to be finalised.

One of the first vehicles to get the updated feature, judging by this video, will be the new WRX. This is the very first time the new model has been seen in this much detail.

Subaru provided some insight into the design of the next-gen WRX earlier this year with the WRX Concept. Although this prototype is not quite as dramatic, you can see clear resemblances and styling similarities between the two.

At the front it showcases Subaru’s latest styling philosophy with a large inverted grille, drawn back headlights, and some muscly front wheel arches. There’s also the iconic bonnet scoop hinting at an intercooled turbo engine underneath.

As far as we know the new model is set to come with a 2.5-litre turbocharged boxer four-cylinder, like the current version. However, added technology is expected to see power jump beyond 200kW. A decent drop in fuel consumption is also likely, with some weight reduction further improving performance.

Subaru is said to be planning an official unveiling of the new WRX at the Los Angeles Auto Show and the Tokyo Motor Show, both starting on November 22.

Unfortunately, we can’t show you the safety demonstration video from this page; it has been set so that it cannot be embedded. You can view it via this YouTube link though. It is in Japanese, with the WRX coming in at around the 6:00 mark.

(No other detailed shot of the car is revealed in the video other than the screen shot above and below.) 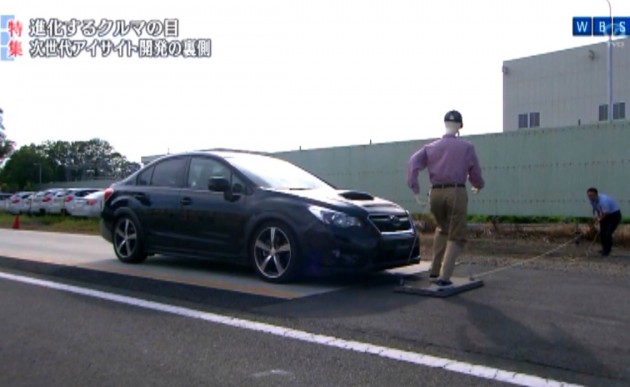