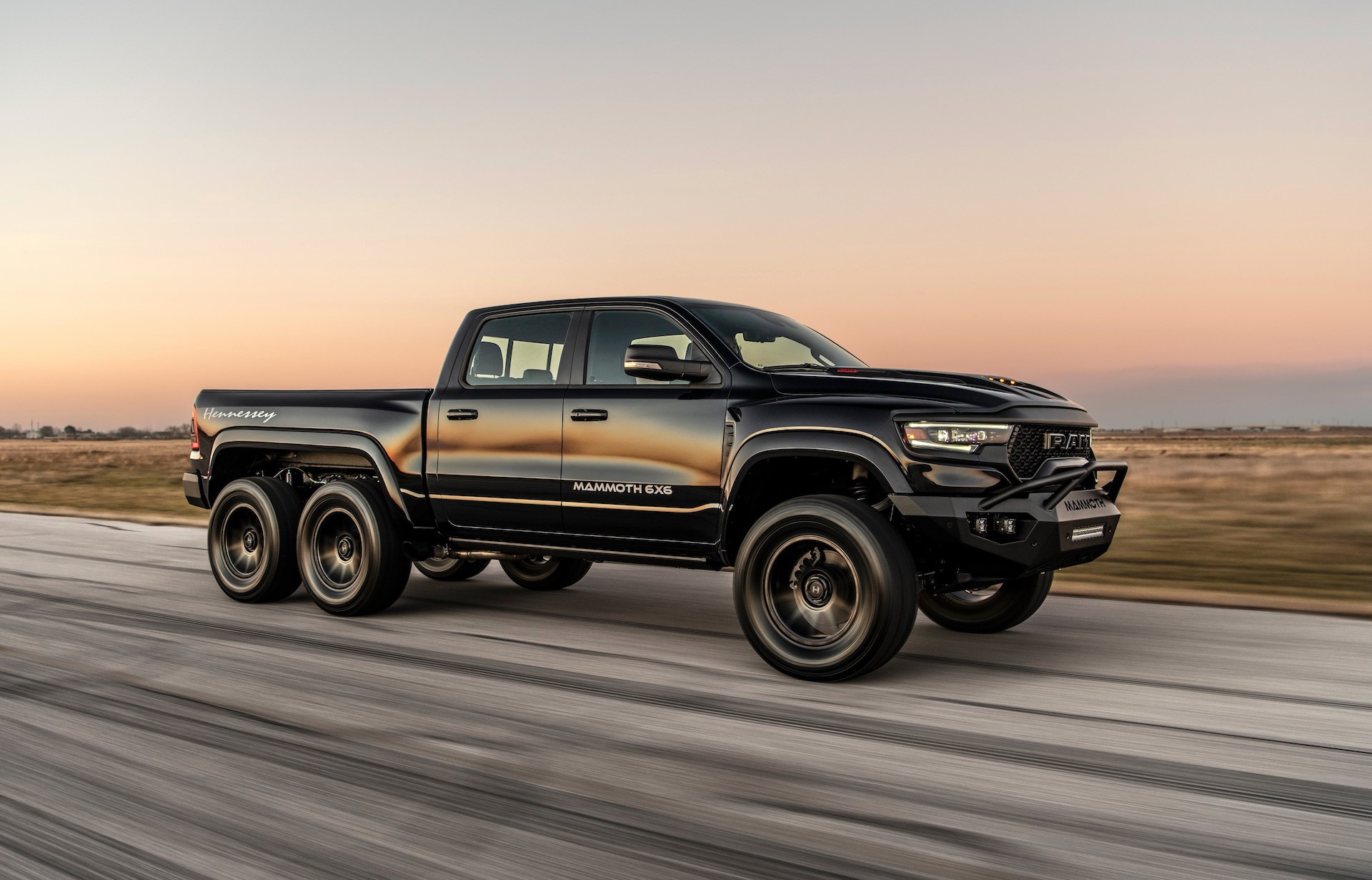 Hardcore off-road fans might remember the Hennessey VelociRaptor 6×6 from a few years ago, based on the Ford F-150. Well, now the tuner/manufacturer has created a RAM 1500 version called the Mammoth 1000 6×6 TRX. It is even bigger and offers even more power. 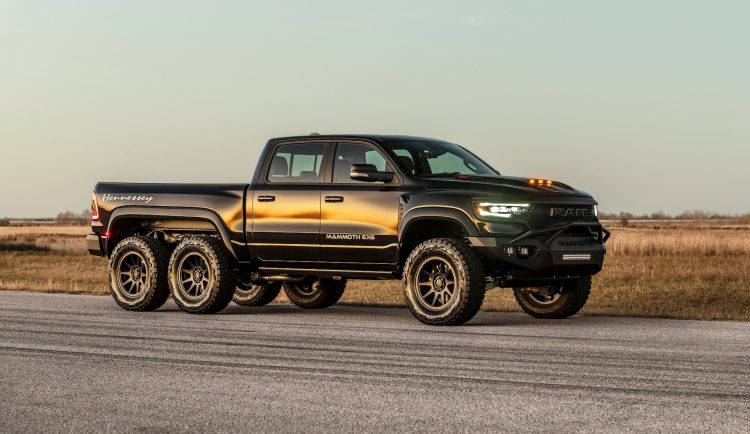 Featuring the unmissable 6×6 six-wheel drive running gear with six wheels via an additional live axle at the back (complete with a locker inside), the new Mammoth 1000 is based on the RAM TRX and in turn the regular Mammoth TRX. Yep, that means at its heart is FCA’s Hellcat 6.2-litre supercharged V8.

As standard this engine pumps out up to 797hp (594kW). However, not content with that, Hennessey has applied its own supercharger upgrade with a new pulley, more heavy-duty belt, upgraded the fuel delivery system, and revised the engine computer. 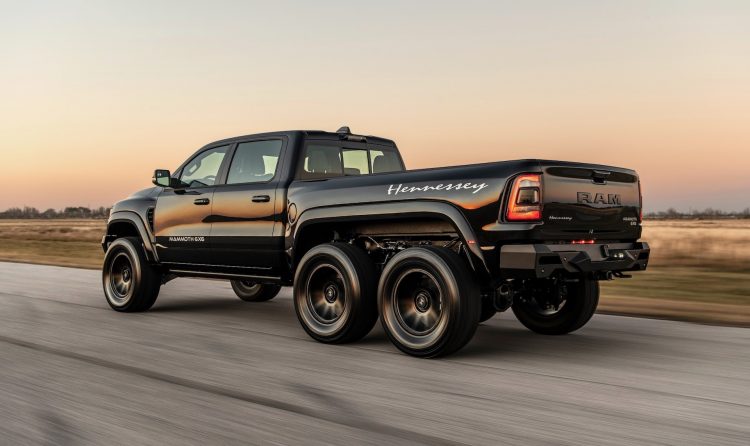 The result? A whopping 1012hp, or about 755kW. There’s also 1314Nm of torque available, which is more than enough to spin the planet backwards. Despite the massive size of the thing, John Hennessey, company founder, claims the 6×6 is “super-fast”. We’re sure he’s right.

Coming in at 719cm long – that’s over seven metres – the company describes it as the biggest and most exclusive truck it has ever offered. It comes with bespoke front and rear bumper bars and body enhancements, extra LED lights, and a set of 20-inch Hennessey wheels wrapped in 37-inch off-road tyres. 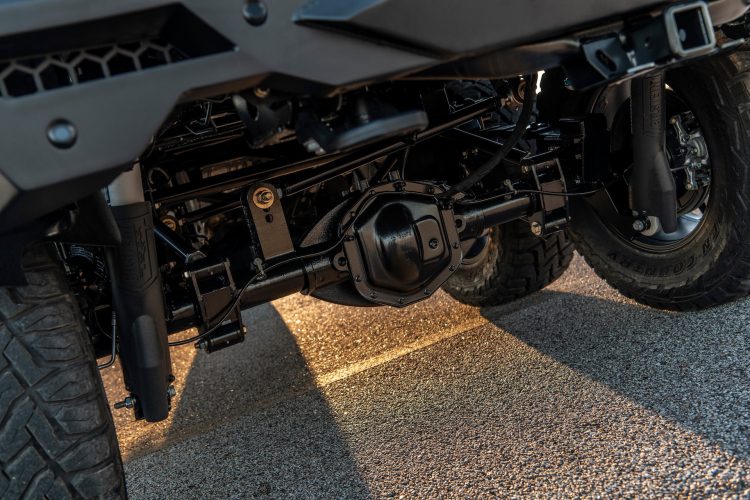 Although Hennessey is known as a tuner, the American company is also a manufacturer in its own right. And as such the Mammoth 1000 6×6 TRX is a production vehicle. In fact, the company has produced over 20 examples of custom 6×6 trucks, including the VelociRaptor.

The company says this new model is available for global shipping, with order books now open. Each example is covered by a two-year/24,000-mile warranty (about 38,600km).