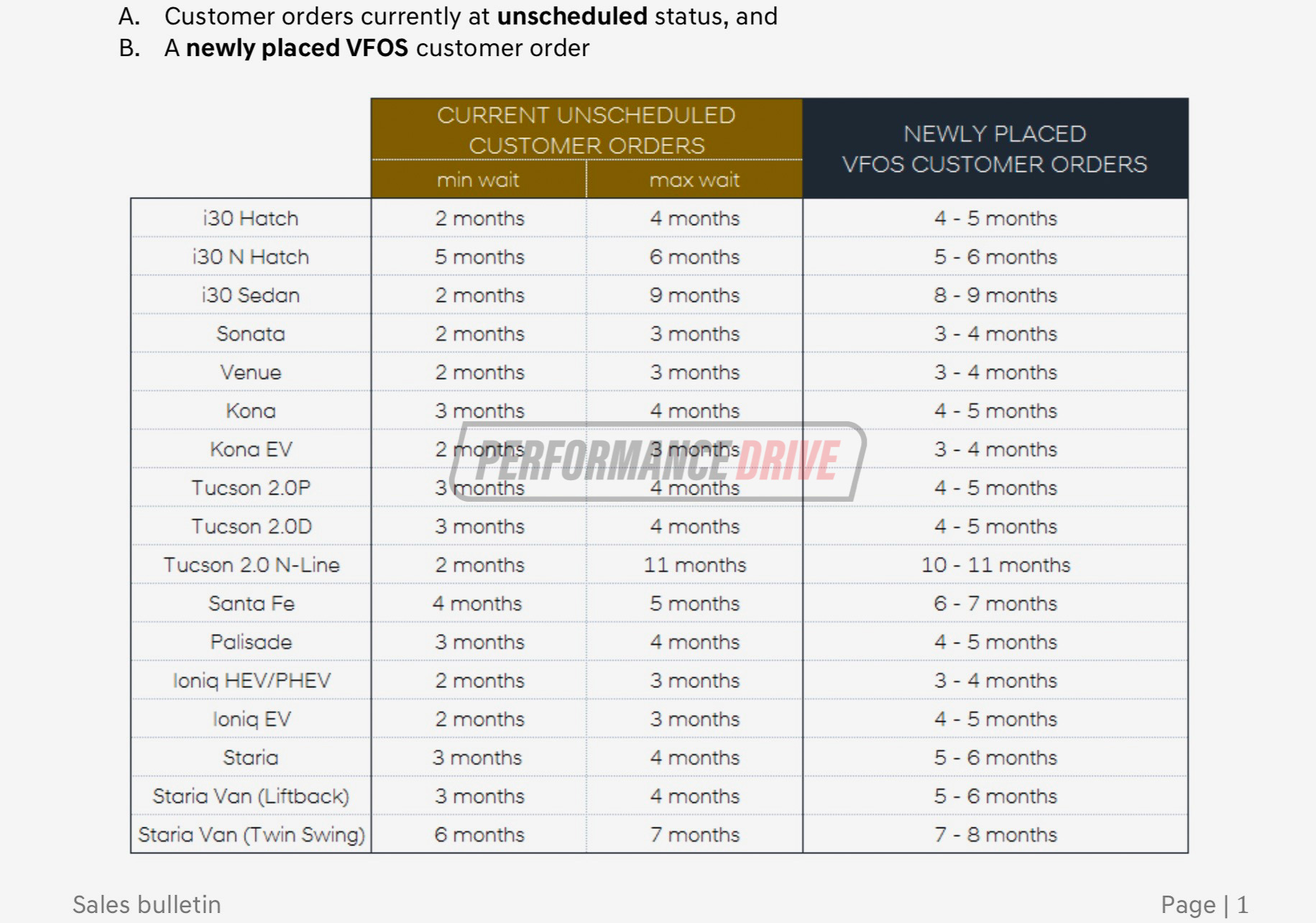 Some dealer bulletin updates have landed in our inbox, outlining some of the expected delivery timings for new Hyundai, Mitsubishi and Nissan orders in Australia. 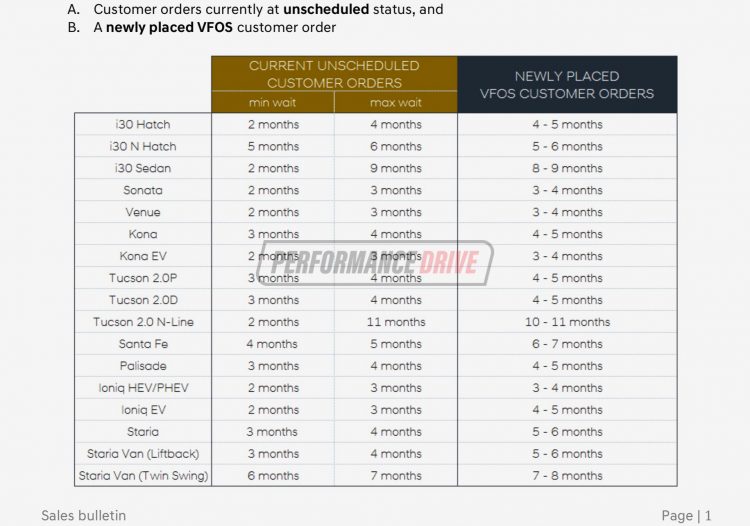 Since the coronavirus pandemic swept the globe and left a number of ramifications, including production stops in many industries and supplier shortages, and, more recently, semiconductor shortages, buying a new car isn’t the quick and easy process it used to be. Well, it’s still easy to buy, but, depending on what brand you’re after, you might have to sit tight before your order arrives.

In alphabetical order, Hyundai has advised its local dealer network about production and delivery times that buyers should expect to endure. If you’ve just placed an order on an i30 hatch, expect a wait of 4-5 months. An i30 N hatch is 5-6, and the new i30 sedan is 8-9 months. The new Tucson with the 2.0 petrol and 2.0 diesel are 4-5 months. 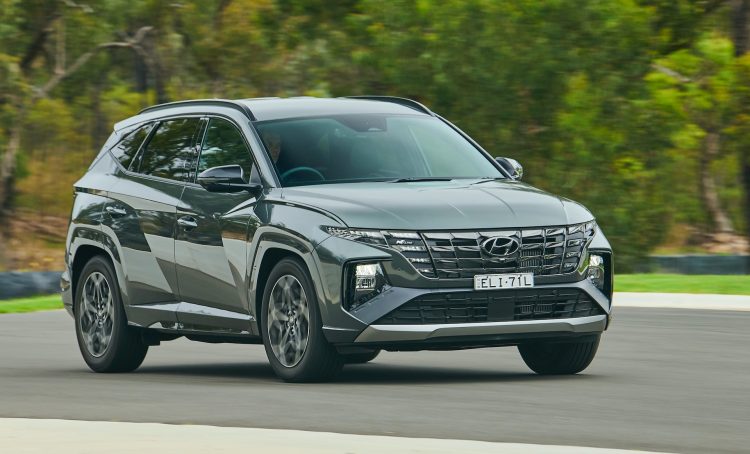 The biggest wait though is for the yet-to-arrive Tucson N Line 2.0-litre petrol, which is another 10-11 months away. Interestingly, the upcoming Staria Van is 5-6 months away, with the ‘liftback’ also 5-6 months, and the ‘twin swing’ 7-8 months away. Although, Hyundai Australia is yet to officially launch or even debut the local-spec version.

Placing an order on the new Sonata N Line requires a wait of only 3-4 months, according to the bulletin. We suspect this is why Hyundai Australia had such a long embargo on reviews after the initial launch, which actually happened back in March. Media launches usually coincide with market entry.

Also mentioned in the bulletin, Hyundai says it “does not yet have visibility as to when Tucson 1.6” turbo-petrol variants arrive. It advises dealers not to accept orders, and instead suggests to recommend the 2.0 petrol or 2.0 turbo-diesel to customers. As far as we know, the Tucson N Line 1.6 turbo was set to arrive some time in the third quarter. 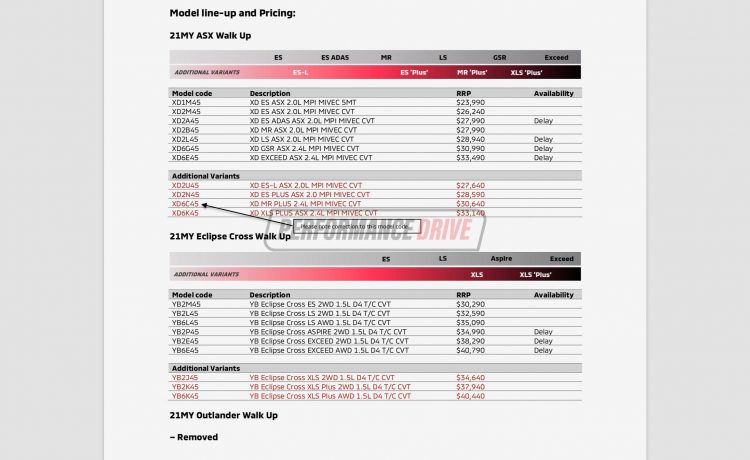 Next up, Mitsubishi has outlined production delays for some variants of the ASX and Eclipse Cross. It says customers that have an order in as at the end of April will be prioritised. However, it is also giving existing customers three options: Leave their order unchanged, or change their order to a model or variant that is available, or cancel their order.

As for Nissan, it outlines delays of only a month or two for the X-Trail, Patrol, 370Z, and GT-R, while some stock orders have been cancelled altogether for the Juke and LEAF.

Obviously these aren’t the only manufacturers/brands in Australia – and likely other parts of the world – experiencing delays. But it is good to know dealers are being advised from HQ, and can then relay the information to buyers. 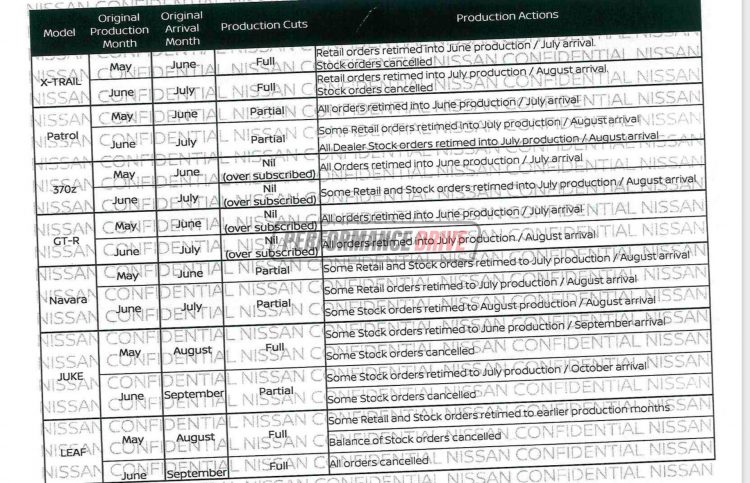