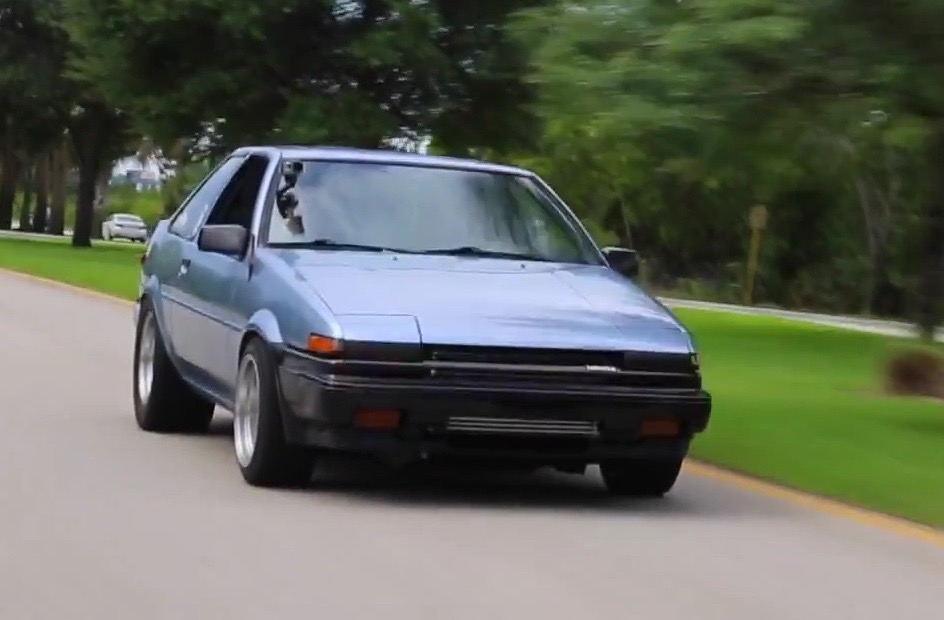 The original Toyota AE86 Corolla/Trueno/Sprinter is embedded in folklore and manga strips as the quintessential drift machine. It is the most iconic and well-represented car in the motorsport and a popular choice for engine swaps. 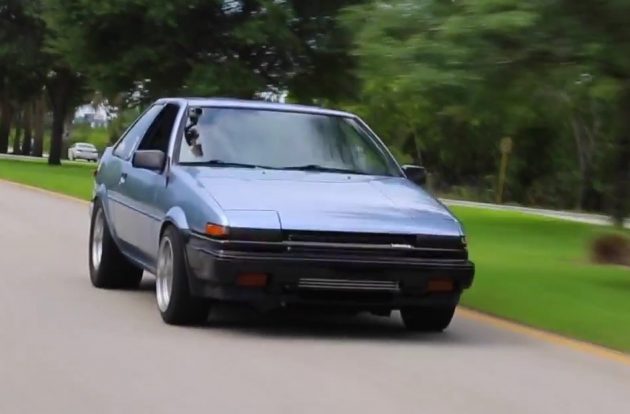 This is Darren Brown’s AE86 of KAB Customs in Florida, which is packing some very serious weaponry under its pop-up-headlamped hood.

Starting with the F22C version of the Honda S2000 engine, that we didn’t get here (2.2-litres, more torque), which is the most powerful naturally aspirated four-cylinder ever made, is pretty extraordinary in itself.

When you also strap on a colossal Garrett hairdryer turbo, forcing 33psi through it, for 650kW at the wheels, you’re just not on the same planet anymore. This gives it the best of both worlds; it still manages a 9500rpm redline while producing bucket-loads of torque. Crazily enough, the engine is only ‘semi built’, with only upgraded conrods and valvetrain components, making it a testament to the strength of the stock crank.

Considering the power it makes, this 86 looks innocuous and clean as a whistle, aside from the massive rear slicks.

Inside, it looks pretty much standard AE86, except for the S2K instrument cluster and boost gauge. Check out the end of the video below, where a 2JZ-swapped modern 86 and a rotary Datsun wagon poke their heads out.