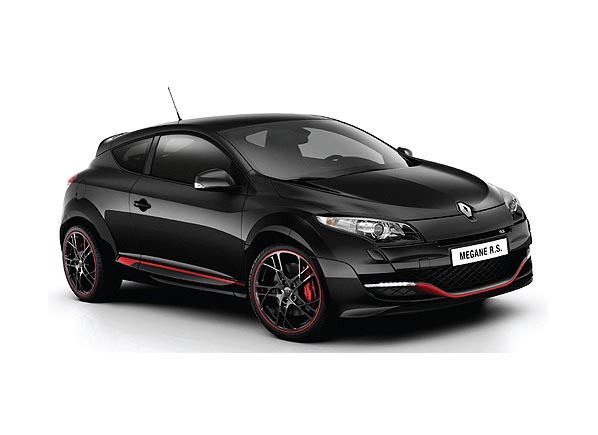 The Renault Megane R.S. is already a seriously spicy hot hatch, coming equipped with a taught chassis, performance brakes and suspension, and a 2.0-litre turbocharged four-cylinder engine producing 184kW and 340Nm. The AGP edition takes those fundamentals and extends upon them with a number cosmetic and mechanical highlights.

On the outside, the Megane AGP features a gloss black coat of paint with matching gloss black 19-inch Steev alloy wheels for that stealthy look. The wheels are wrapped in Bridgestone RE050A performance asymmetric tyres too, for added grip. Contrasting red-painted Brembo brake calipers sit behind the wheels for optimum stopping performance.

Other highlights include a fixed glass roof, climate control, Bi-xenon headlights, and a special plaque and build number. Just 50 examples will go on sale in March, with prices starting at $49,990 (excluding on-road costs) – around $3000 more than the normal Megane R.S. 250 Cupe Trophee.

An example of the special edition will be on display at this year’s Australian Grand Prix, including a demonstration race between it and the Renault Jet-Pack man around Albert Park circuit.

In other Megane news, Renault Australia has confirmed the local lineup will be getting the ‘RS265’ Euro engine, producing 198kW and 360Nm. The engine will replace the current 184kW ‘250hp’ currently on offer. Timing for the update is yet to be finalised.