Creators of the new TV series Alcatraz have put together a humdinger of a season finale, involving a recreation of the famous chase scene in the hit 1968 movie Bullitt. 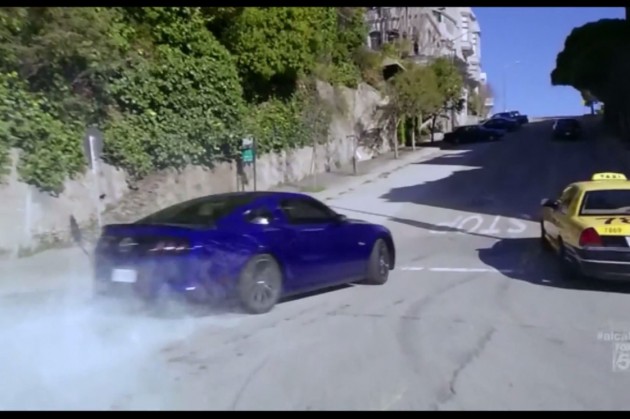 Using a 2013 Ford Mustang GT and a current model Dodge Charger, the chase scene is shot in the hilly streets of San Francisco and mimics the original scene to very fine detail.

There’s the reverse-gear burnout, the seat belt buckle up at the start, the jumps over numerous intersections, even the old Volkswagen Beetle that gets in the way is there.

Take a look below, it’s pretty awesome. There’s a spectacular ending too…