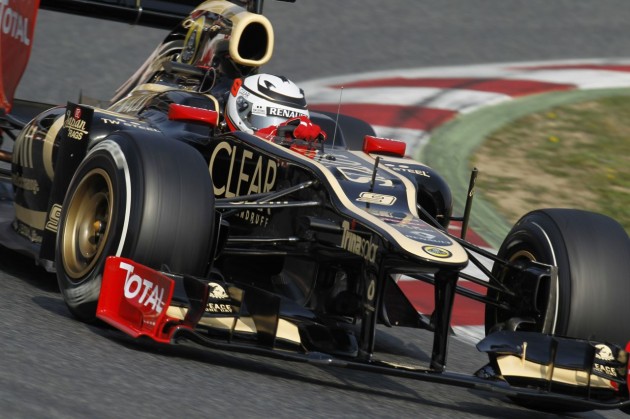 He held off a fast-finishing Fernando Alonso who kept within a shot of taking the 2012 title from world champion Sebastian Vettel who went from last to third in one of the best drives of his career.

Vettel started from pitlane after being deemed to have less than the required one litre of fuel the previous day after qualifying, but the world champion was on a mission to capture as many points as possible and remain in front in the points standings.

The German had to endure not only starting from dead last, but needing to replace his front wing after hitting the wall while avoiding Australian Daniel Ricciardo during a safety car. Thanks to some more well timed safety car periods and pole sitter Lewis Hamilton pulling out of the race with an electrical fault, Vettel ploughed through the field.

Meanwhile Vettel’s Australian teammate Mark Webber had a race to forget. The Red Bull Racing driver dropped from second on the grid to fourth by the first corner and found himself in the wars all night. First he was spun trying to make a move on Pastor Maldonado, and then later on in the race he was an innocent victim in a collision between Romain Grosjean and Paul Di Resta.

Fellow Aussie Daniel Ricciardo – who earlier in the week signed a new deal with Toro Rosso to race in the 2013 F1 season – finished 10th to score a point for the fifth time in the last seven grand prix.

The penultimate race of the 2012 F1 season in Austin, Texas, in the United States is in two weeks with the final race in Brazil just one week later.