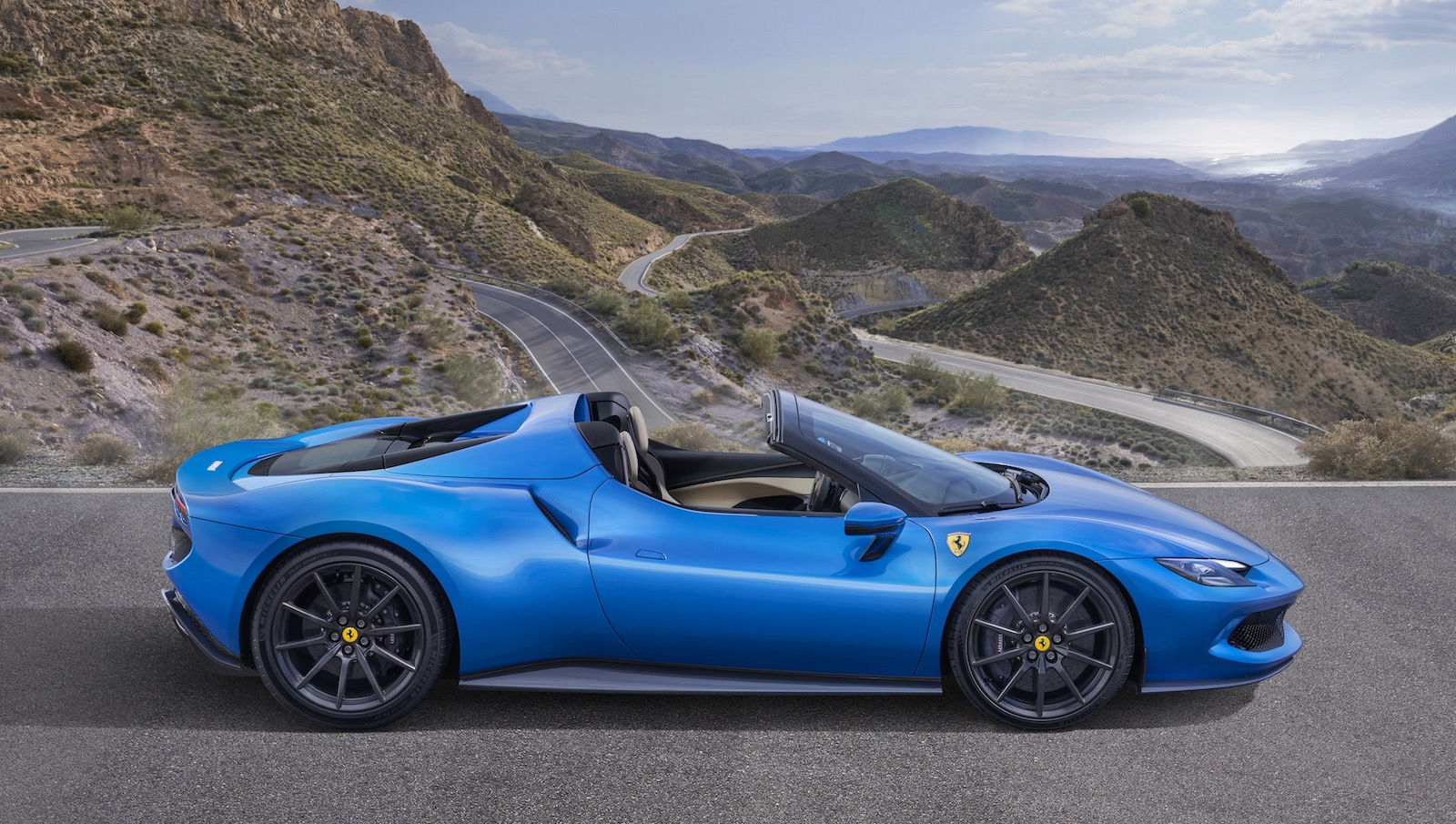 Ferrari has taken the wraps off its latest creation, the Ferrari 296 GTS, slipping into the lineup as Ferrari’s open-top plug-in hybrid supercar alongside the hardtop 296 GTB. 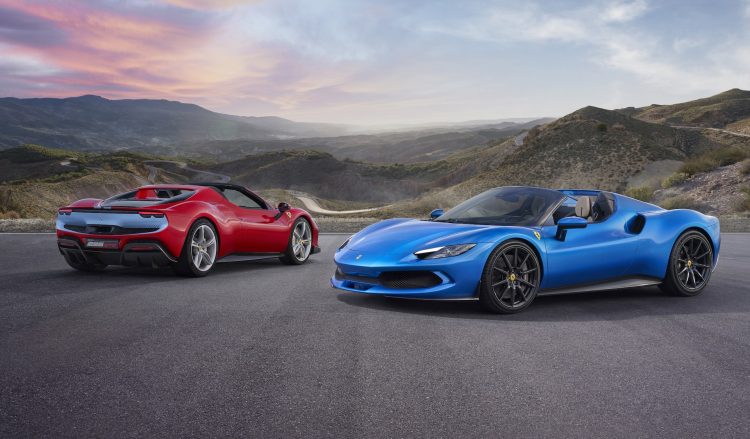 The 296 GTS, otherwise known as the Gran Turismo Spider, utilises the same powertrain on offer in the GTB. That means there’s a mid-mounted, twin turbocharged 3.0-litre V6 sitting behind the driver pushing out 488kW of power, which is paired with an eight-speed F1-inspired dual-clutch transmission. 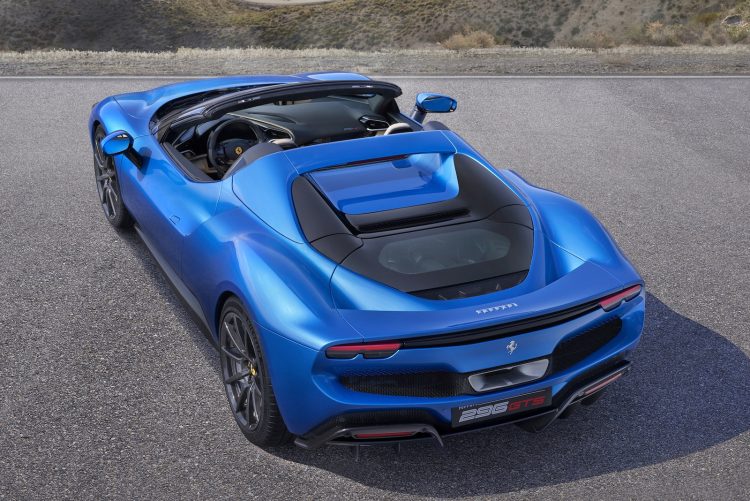 The plug-in hybrid system features a 7.45kWh battery pack that offers up to 25km of all-electric driving up to speeds of 135km/h, while the retractable hardtop can be operated at up to 45km/h in around 14 seconds.

It features four driving modes, with a pure electric and hybrid drive mode for fuel-efficient journeys, combined with performance and qualify modes that turn everything up to 11 for track time. 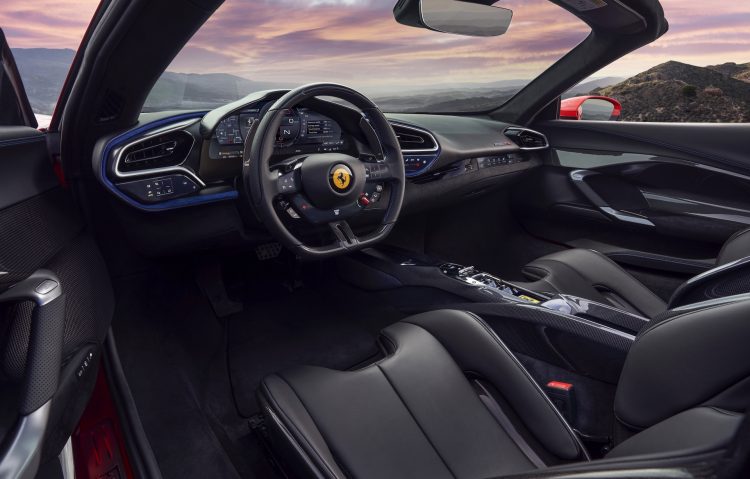 The 296 GTS can be optioned with Ferrari’s Assetto Fiorano package that reduces the weight by 8kg while adding a set of adjustable shock absorbers, aerodynamic carbon fibre body elements that add 10kg of downforce and some added carbon for the cabin.

Ferrari is yet to confirm Australian prices and specs, but considering the Ferrari 296 GTB hardtop is priced from AU$568,300 – not including on-road costs – we’d expect the GTS to sit slightly above that. For those curious, see the full spec list below: 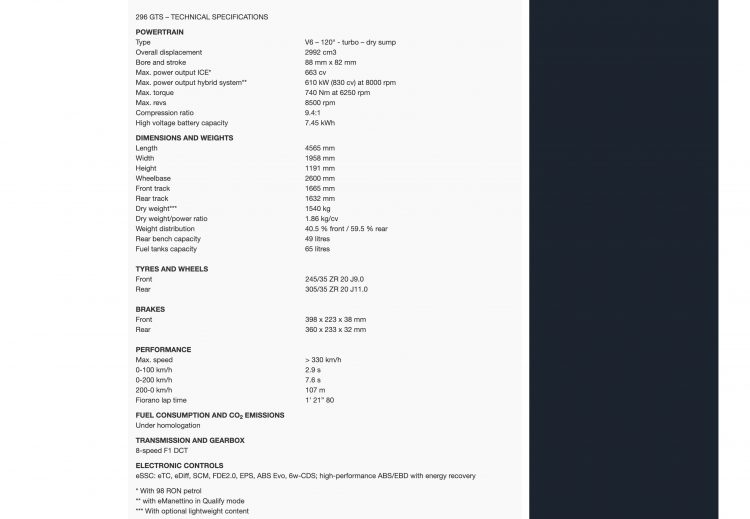