The ultimate accessory for the bling and/or Lamborghini enthusiast; a Lamborghini Spyder Supreme Diamond Cell Phone. It’s perhaps not the coolest of cool finds, but if you can afford it, then it’s pretty damn cool. 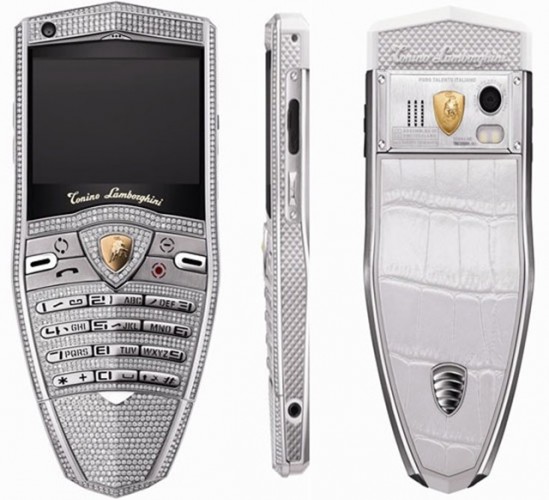 The Lamborghini Spyder Supreme Diamond Cell Phone was designed by Lamborghini to celebrate its 30th year anniversary; it’s not something you’d see in your local Crazy Johns shop. It features a diamond-studded casing and a stainless steel body.

Lamborghini first come up with the iconic shape of the Lamborghini Spyder Supreme Diamond Cell Phone, with its tapered down body modelled on current Lamborghini supercars, and then sent the design off to a Swiss company to have it studded with 7.8-carat diamonds.

On the front and the back, the Lamborghini Spyder Supreme Diamond Cell Phone features special gold Lamborghini emblems, while the back is covered in exquisite crocodile leather. The screen is also made of sapphire crystal so it is resistant to scratches and scuffs.