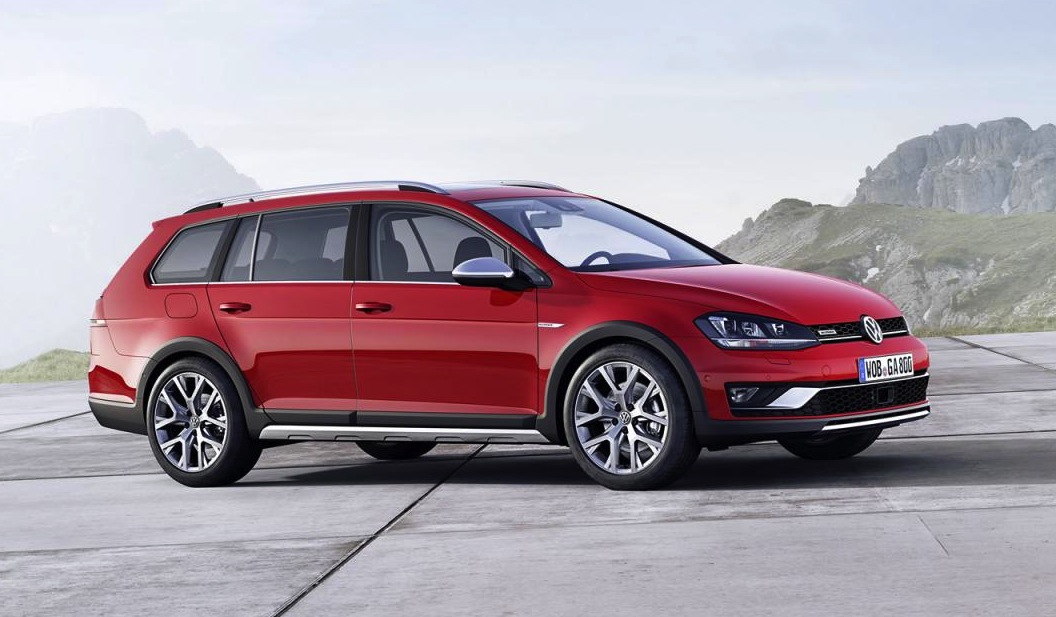 After a fun small hatchback that also offers the practicality of an SUV? The new Volkswagen Golf SportWagen Alltrack has made it’s US debut at the New York show, with plans to hit the market next year. 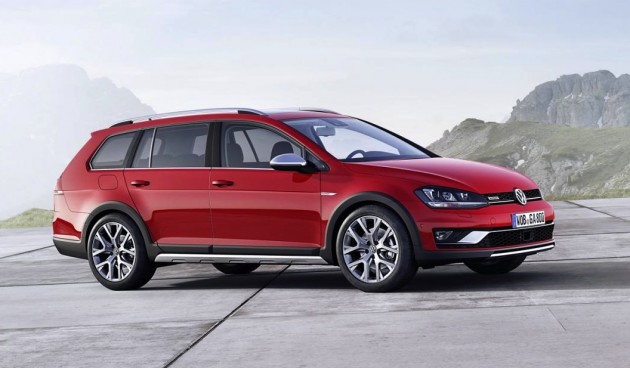 Following in the footsteps of the Passat Alltrack, the Golf-based version blends the practicality of the Golf Variant (wagon) with a jumped up body and increased ground clearance. In fact, the ground clearance is raised by 20mm over the regular counterpart.

The body is dressed in a fashionably rugged attire, with plastic wheel arch guards, aluminium protection plates accenting the front and rear bumper bars and side skirts, and there’s a set of sporty alloy wheels and silver-painted side mirrors.

Underneath, the SportWagen Alltrack features a 4MOTION all-wheel drive system comprising of a Haldex-5 coupling. It uses an electro-hydraulic oil pump to control torque distribution between the front and rear axle, with up to 50 per cent of the drive sent to the rear wheels in certain conditions. Most of the time it runs in front-wheel drive mode to conserve fuel.

It also comes equipped with ‘EDL’ electronic diff locks at the front and rear to ensure there is no wheelspin in even the slipperiest of conditions. These use a brake-type function to eliminate wheelspin.

Power combinations are yet to be confirmed for the US market, however, likely options include the range of TDI turbo-diesel 1.6 and 2.0-litre units, as well as the 1.8 TSI turbo-petrol motor. 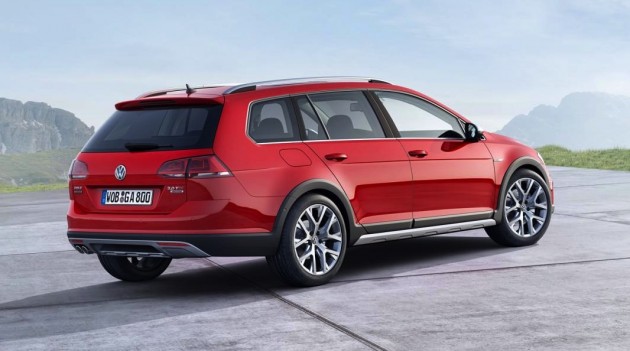