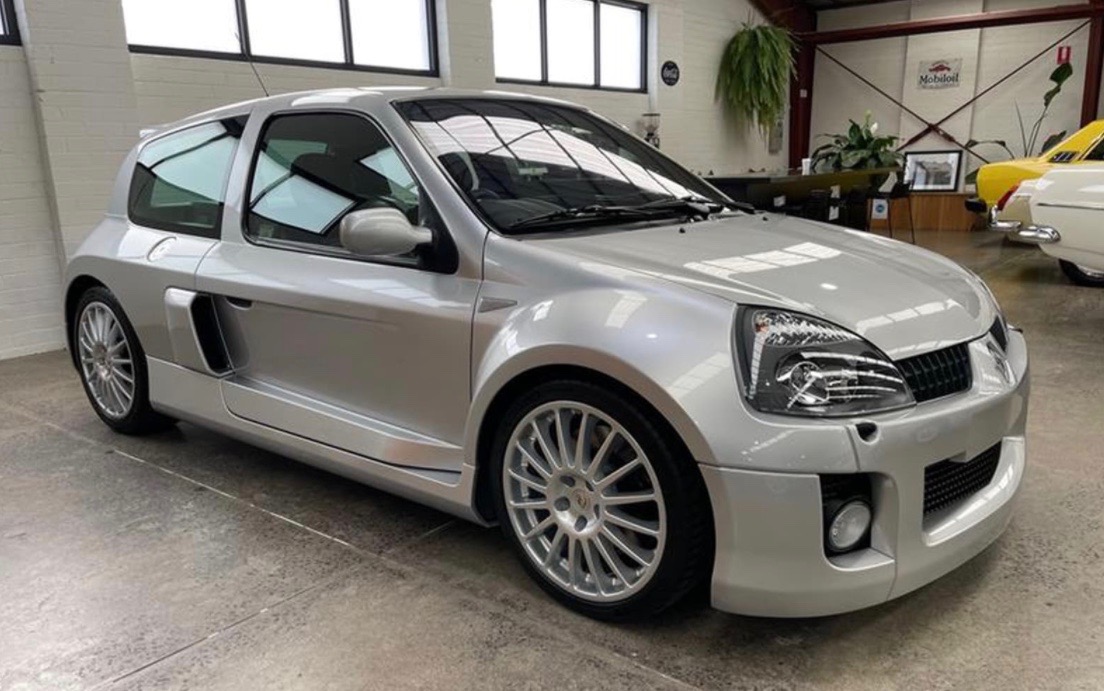 A cool find has popped up for sale in Australia. Yes, one of those crazy little 2004 Renault Clio V6 Sport hot hatches, with an eye-opening asking price. 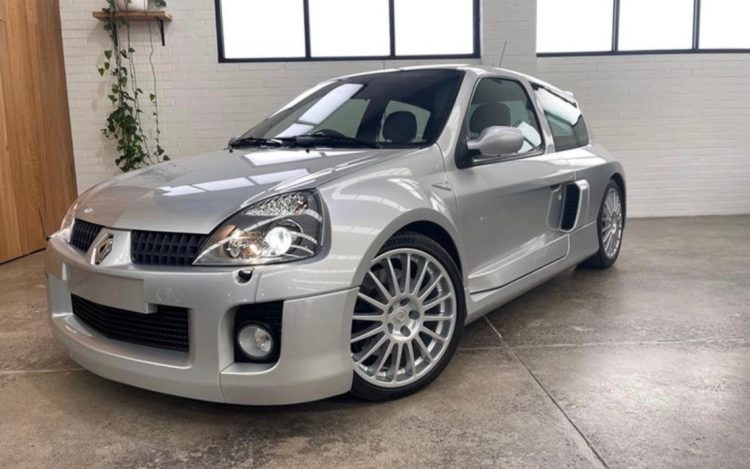 The phase 2 Renault Clio V6 Sport is renowned for being one of the most aggressive and bonkers hot hatches ever created. Renault Sport engineers wanted to replace the rear seats in a regular front-wheel drive Clio with a powerful mid-mounted engine and rear-wheel drive system. 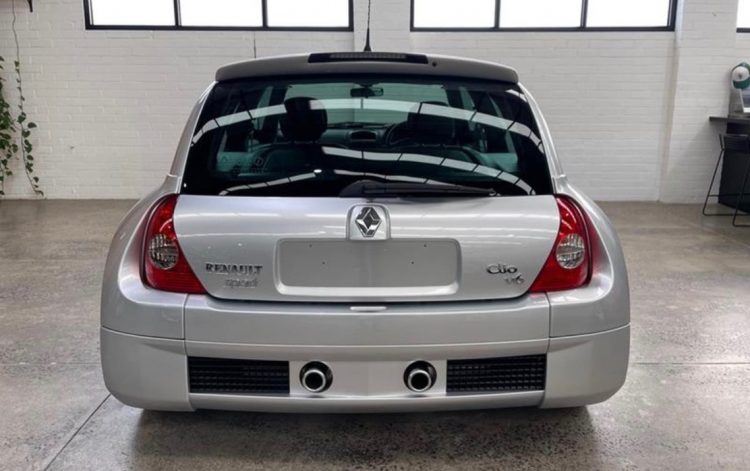 More specifically, the car in question here is build number 233; one of just 354 right-hand drive units to ever roll out from Renault’s factory, and one of 1308 ever be produced, overall. There were also 1513 examples of the phase 1 produced, between 2001 and 2003.

According to the classified, this car has recently undergone a major service which included a new water pump, new disc brakes, and a cam belt replacement, as well as the installation of the ‘correct’ 260km/h Clio V6 instrument cluster.

It comes with “one of the most extensive history files” available. Only problem is, interested buyers will need to part way with $129,900 to get their hands on the wild ride. Head over to the carsales ad for more info. The car is located Victoria by the looks of it.

Renault has announced the expansion of its all-electric light commercial vehicle range with confirmation of the Kangoo and Master E-TECH...