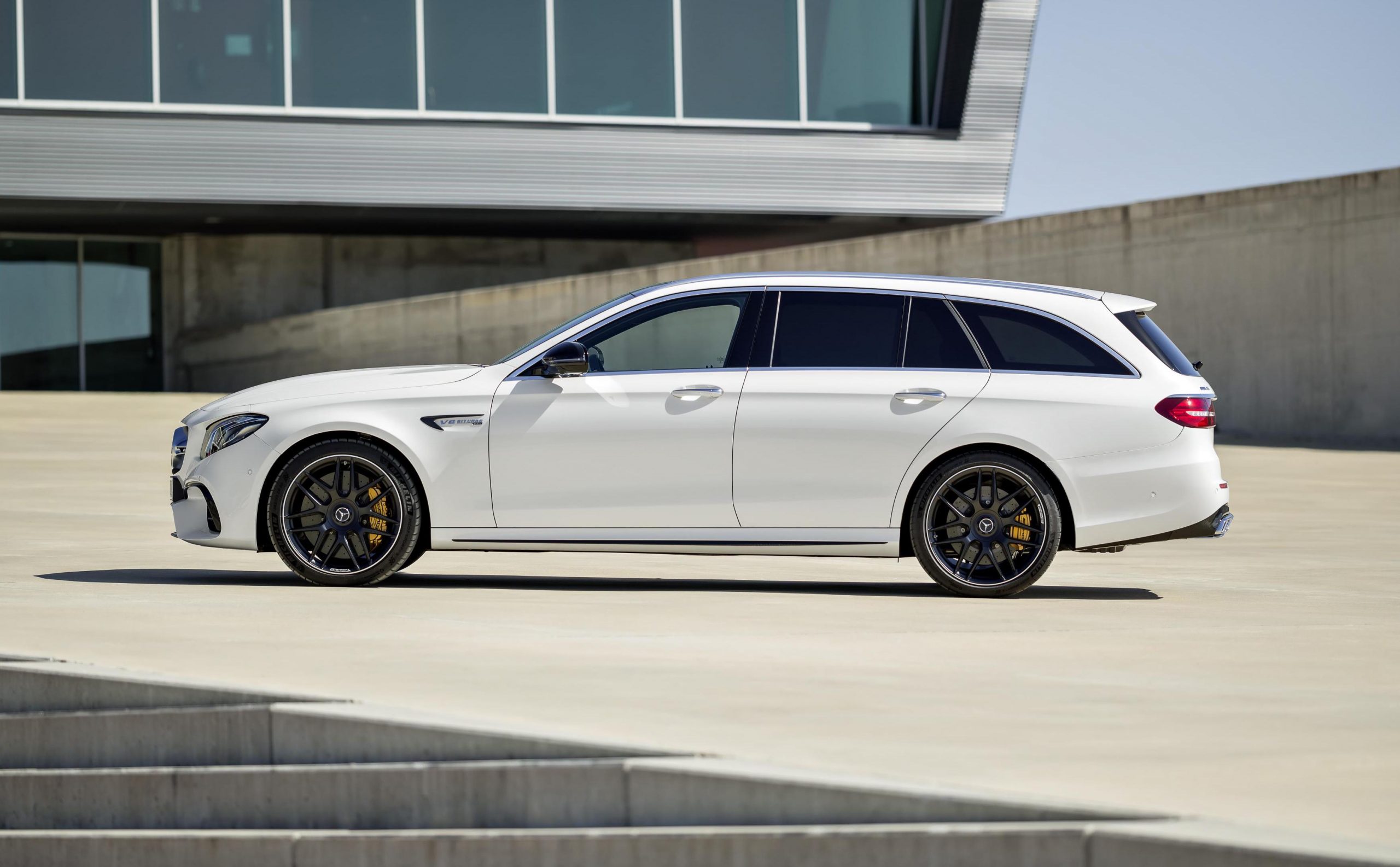 Mercedes-Benz has pushed the bar further in the wagon horsepower war, introduction the monstrous 450kW 2017 E 63 AMG Estate. Two versions are being launched, including the E 63 and E 63 S. 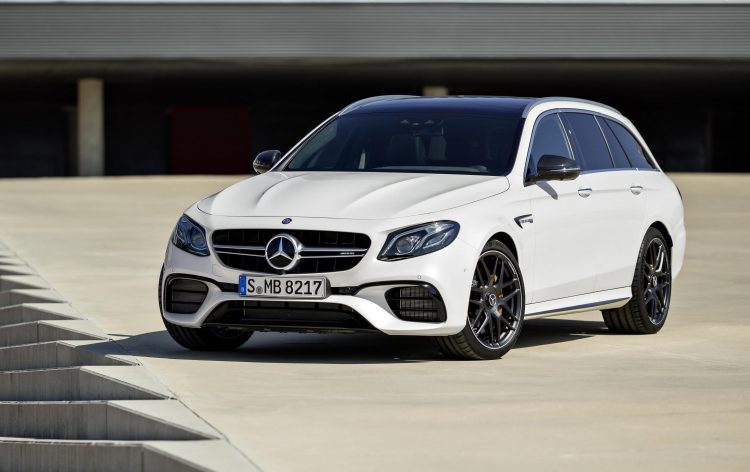 Both models come with 4MATIC all-wheel drive as standard, receiving power via a nine-speed MCT multi-clutch automatic transmission. The unit uses a wet clutch system, and the all-wheel drive front and rear bias is variable for the first time. The regular model uses a mechanical limited-slip diff at the back while the S gets an electronic setup.

As for the most attractive element, the engine. It’s a 4.0-litre twin-turbo V8 with direct injection borrowed from the new E 63 sedan. In the regular E 63 Estate the unit produces 420kW and 750Nm, capable of dusting off 0-100km/h in just 3.6 seconds, with a top speed limited at 250km/h. 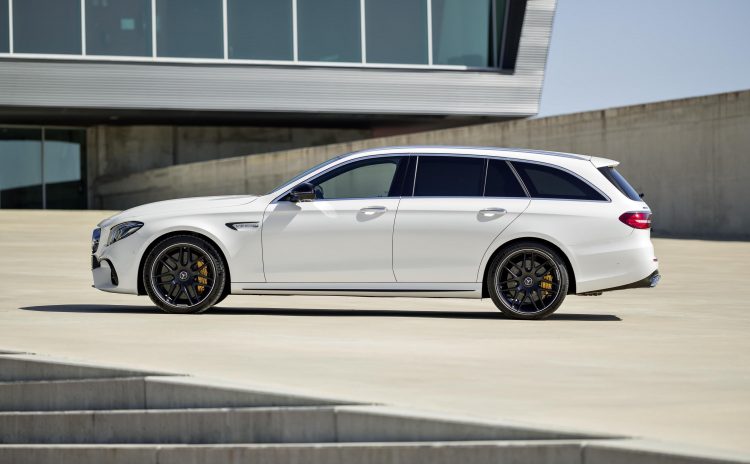 For the E 63 S Estate, the outputs are lifted to a mind-blowing 450kW and 850Nm. Strangely, the 0-100km/h sprint is only marginally improved, at 3.5 seconds. The top speed remains limited as per Germany’s ‘gentlemen’s agreement’.

Mercedes has given the new sports wagon a fresh look, with the usual AMG bodykit, front and rear spoilers, and pumped wheel arches. Overall the car is 27mm wider, with a unique rear diffuser and exhaust system that has been tuned specifically for the Estate.

In other areas, the E 63 Estate comes with sports air suspension with variable damping control, along with dynamic engine mounts, and AMG speed-sensitive steering. There’s also high-performance brakes measuring 360mm at the front with six-piston calipers, and 360mm at the back with single-piston calipers.

Perhaps the best part about the Estate is the practicality. In the back there’s 640 litres of cargo space, or it can be expanded to 1820 litres with the rear seats folded down. Interestingly, Mercedes has introduced a special function for the rear seats that boosts cargo space by 30 litres. This is done by positioning the rear seat back 10 degrees steeper, while allowing full use of the three seats.

The new model will make its public debut at the Geneva motor show in March, with sales commencing in Europe in April. An Australian introduction is yet to be confirmed.