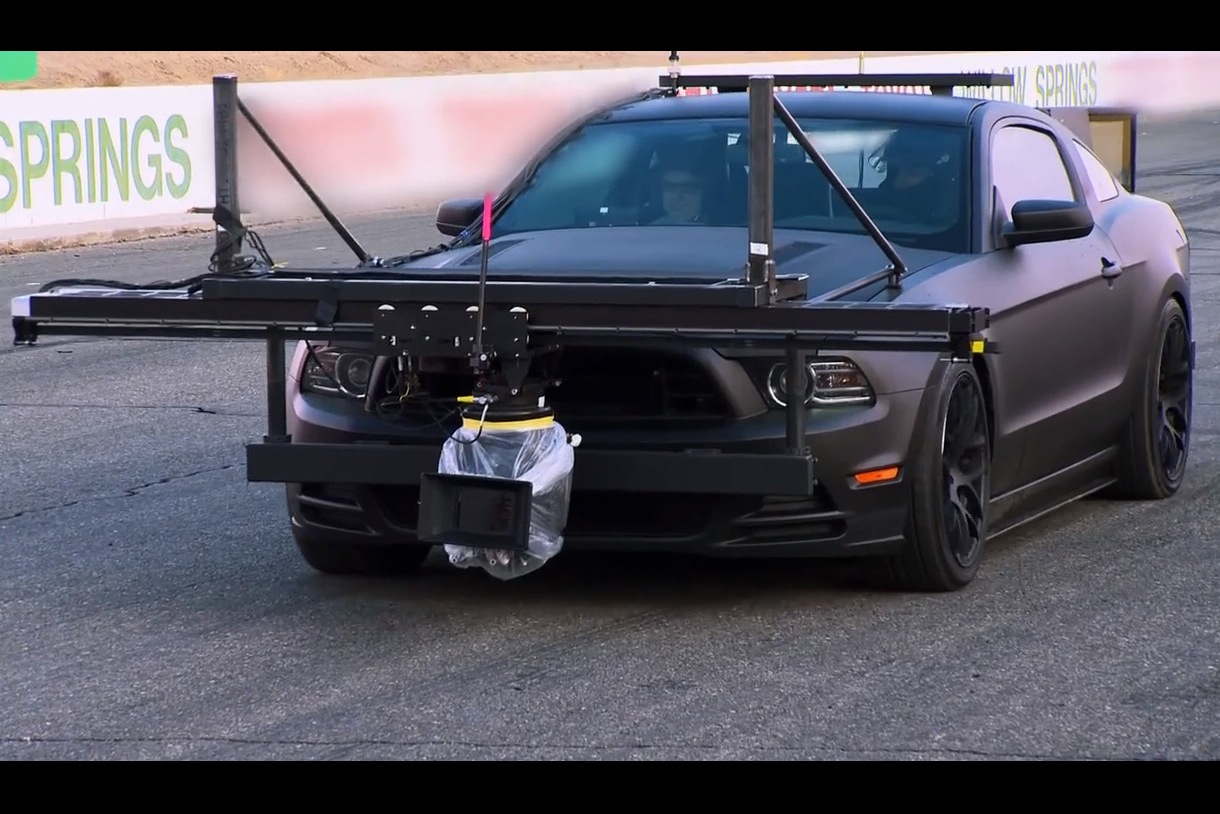 It’s no secret there is a Need for Speed movie in the making. Quite fittingly, it seems the film’s creators are enlisting matt black Ford Mustangs as camera cars. 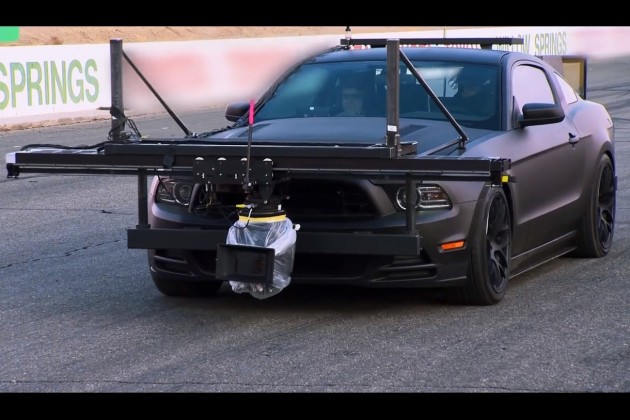 DreamWorks Pictures has released a cool video showing what cars are being used in the making of the hotly anticipated movie. The film will feature a cornucopia of automative exotica, including Bugattis, Lamborghinis and Ferraris.

With high-end supercars making up the set, along with lots of chase scenes, the camera car obviously needs to be able to keep up. Here we see a modded Mustang with a huge camera apparatus hanging from the front.

Need for Speed the movie is scheduled to hit cinemas in March, 2014.