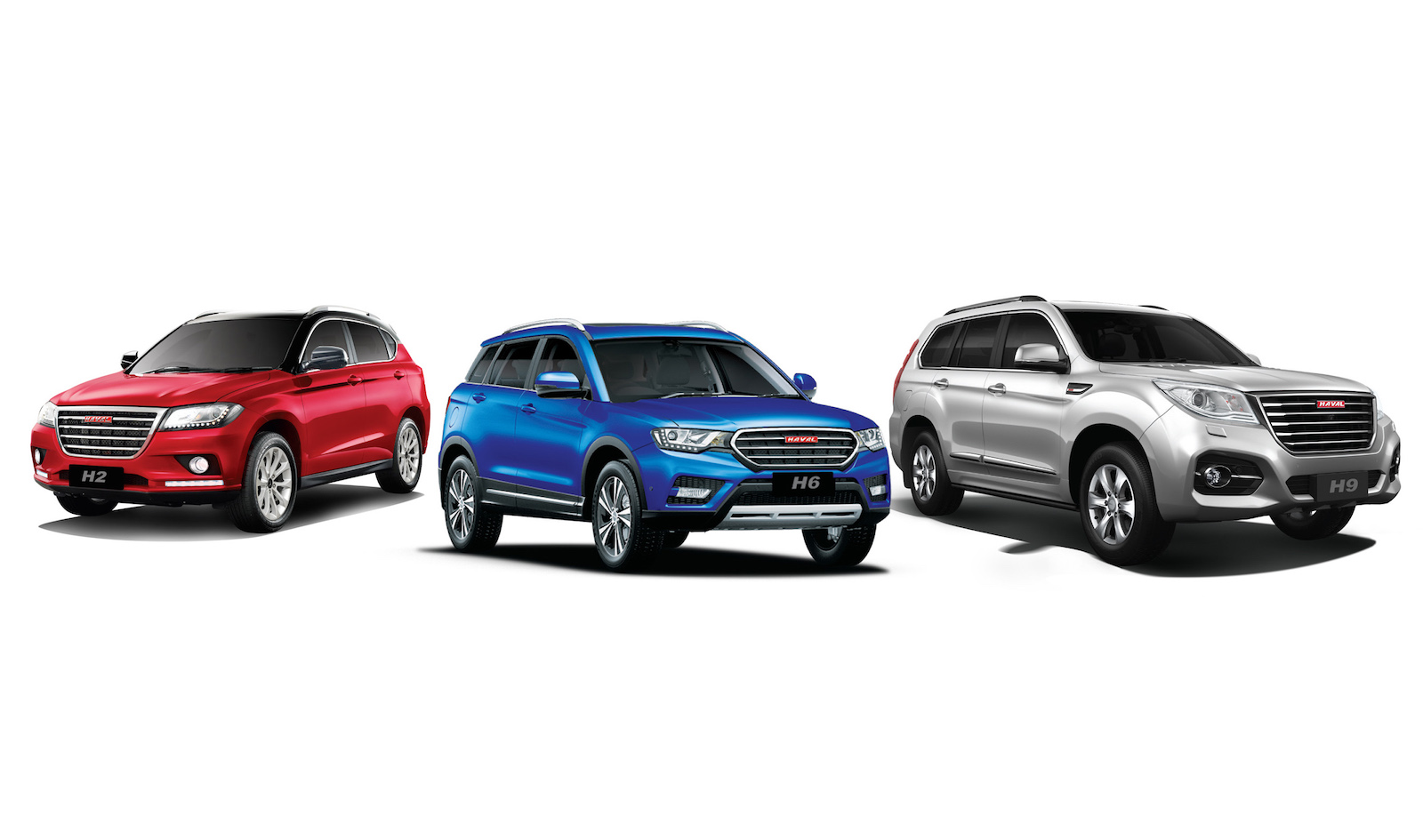 There’s no doubt about it, 2020 has been a whirlwind year for most companies and industries. In the Australian new car market, overall sales are down 20.5 per cent as at the end of September. However, there are some car brands that seem to be pulling through a lot better than others.

SUV specialist Haval, a Chinese car maker owned by Great Wall Motors, is one such brand kicking goals this year. In the first nine months, through September, Haval sold 2209 vehicles in Australia, according to VFACTS figures. That’s up a whopping 90.3 per cent on the same period last year. The month of September alone also saw a 70.5 per cent increase.

Interestingly, it’s not a case of Haval simply offering more products this year. Taking a look at September VFACTS figures from 2019, the brand was actively selling three models; the H2, H6, and H9. This year, it’s the same nameplates that make up the overall figure.

Aside from SsangYong, which only sold a bit over 1000 vehicles, Haval is reporting the highest year-to-date increase of any other car brand in Australia. That includes all of the bigger players like Toyota (-10.3%), Mazda (-23.4%), and Hyundai (-32.0%). 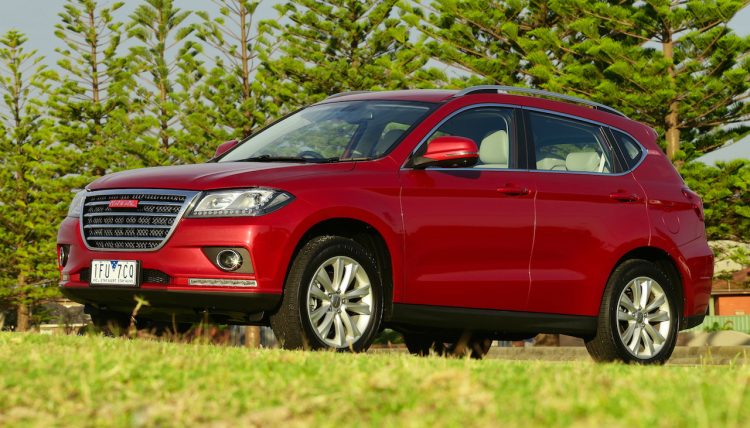 So, what’s the best-selling model? The Haval H2, which is the company’s entry level proposition. It has posted 1376 sales in the nine months of this year. That’s up 122.7 per cent on last year. We suspect that, due to the coronavirus pandemic, buyers are looking more strongly at their budgets. The H2 competes in the small SUV market segment with the likes of the Kia Seltos and Hyundai Kona.

The second best-selling model has been the H6. This competes with the likes of the popular Toyota RAV4 and Mazda CX-5. However, unlike those two, the H6 is seeing an 88.3 per cent jump in sales year-to-date. Even the RAV4 can’t match it, with its 54.0 per cent rise. The CX-5 is seeing a downturn of 23.1 per cent. 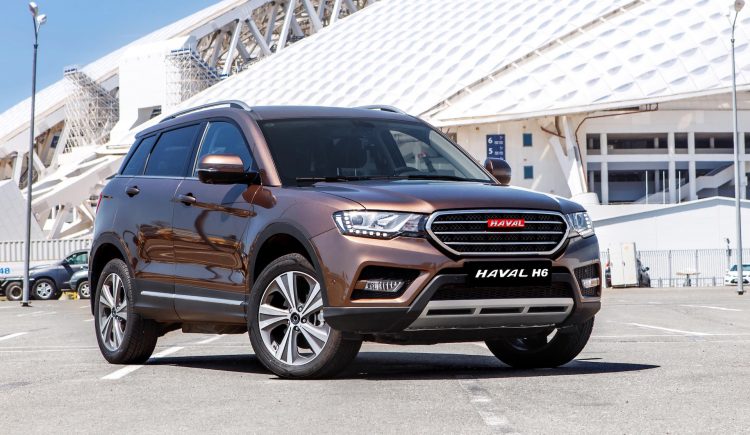 Lastly, the H9 is hanging in there, reporting a positive 5.7 per cent increase on year-to-date figures. However, it is the oldest-running model, having debuted in 2015. The H2 was announced in 2016, and the H6 is the newest model, arriving in 2017.

Out of all three segments that Haval competes in, the ‘SUV Small below $40,000’ class appears to be coping the 2020 storm best. Overall sales are down 9.9 per cent, which is against the industry grain of negative 20.5 per cent. In other SUV segments, the ‘SUV Medium’, where the H6 sits, is seeing a 17.4 per cent drop, and the ‘SUV Large’, where the H9 sits, is reporting a 20.8 per cent drop. 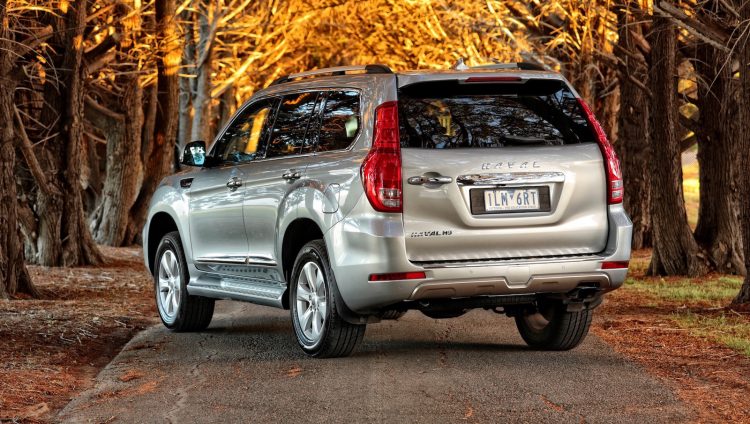 This means the H2 is no doubt the company’s most important model right now. This is a vital segment to be in, and value for money and sheer affordability is likely to be at the top of minds for consumers in this space. Fortunately for the H2, it is one of the most affordable models in the class. In fact, prices start from just $19,990.

Two variants of the H2 are available in Australia, including the Premium and the Lux (auto only). Priced from $22,990 and $25,990, respectively. At the moment, the H2 Premium auto is priced from just $22,990 drive-away. For that you get a 1.5-litre turbo-petrol four-cylinder engine that produces 110kW and 210Nm. This is connected to a front-wheel drive system for both variants.

When it comes to standard features and packaging, Haval is one of the best in the business for filling the basket up with as much fruit as possible. Inside, the dash showcases an 8.0-inch touch-screen multimedia system with Apple CarPlay, connected up to a four-speaker DTS surround sound system for both variants.

A rear-view camera comes as standard on both variants, along with tyre pressure monitoring, rear parking sensors, and enough safety tech and front and side airbags to pass ANCAP’s five-star credentials.

Buyers can take comfort in the fact that Haval offers a seven-year, unlimited kilometre warranty on all of its vehicles. This is the highest level of coverage you’ll see in the industry, matching only Kia. Most other mainstream brands offer five years, or three years for the luxury brands. 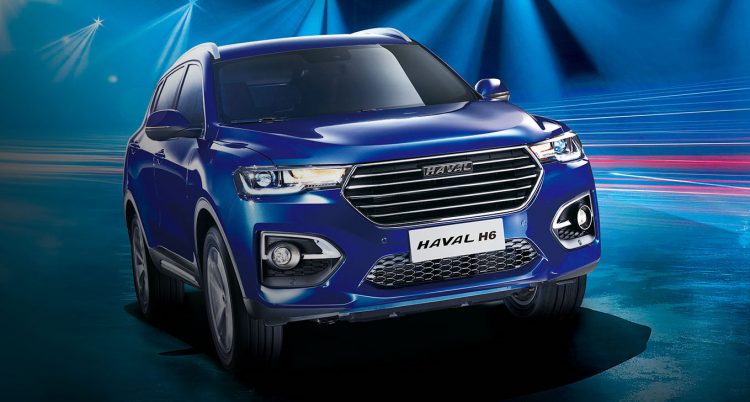 To keep the momentum rolling, Haval has a number of new models in the works. Just a few months ago the new H6 was revealed in China. It sports a fresh exterior design with Haval’s latest styling language at the front, slender headlights with adaptive LED technology for upper variants, and more elegant tones and trimmings.

The new model also grows in size compared with the current H6. In fact, the new model will overshadow the best-seller in the mid-size SUV market at the moment, the Toyota RAV4, by quite a margin. It’s around 53mm longer, 15mm taller, and 31mm wider.

Upper models are set to come with two digital screens inside, including a 10.2-inch unit for the instrument cluster, and a nice big 12.3-inch touch-screen for the main interface. Interior design has taken a big leap forward, with plenty of horizontal lines emphasising width and space, and a minimalist approach for physical buttons and controls. It’s all very clean and clutter-free.

The new H6 is expected to go on sale in Australia some time in 2021, however, the company is yet to officially confirm. As far as we know the company is intending to jump deeper into right-hand drive markets as part of a push to hit a global sales target of 2 million vehicles by 2025. 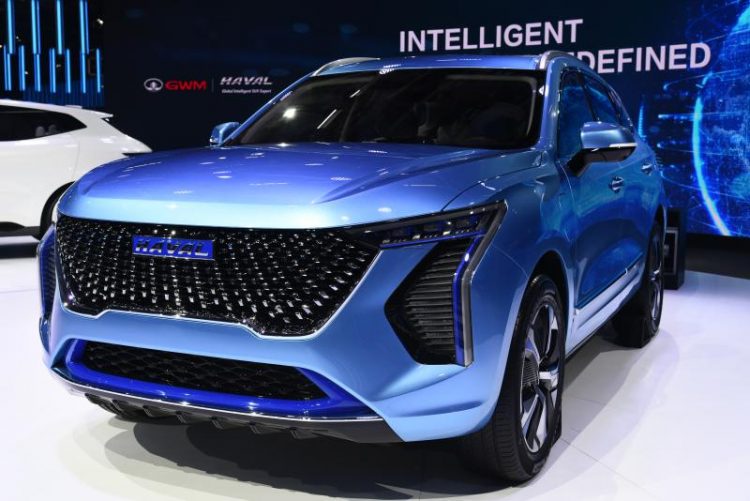 Also expected to join the local lineup next year is the new H2. The new model was revealed earlier this year and is inspired by the Haval Concept H that also debuted earlier this year. It’s underpinned by a modern platform that’s said to be compatible with electrification, such as plug-in hybrid and fully electric powertrain systems.

The H2 going electric could be a good move for the SUV brand as rival company, MG, is just about to launch its all-new MG ZS EV. That’s set to come in as one of the most affordable electric vehicles outright when it arrives in Australia later this year.

An all-new Haval H5 is also reportedly in the works and could make its way to Australia in the next couple of years. Details are a bit hazy at this stage, but the model is slated to be a small, rugged-style SUV, taking a similar theme to vehicles like the Suzuki Jimny and Jeep Renegade. Official details are expected later this year.