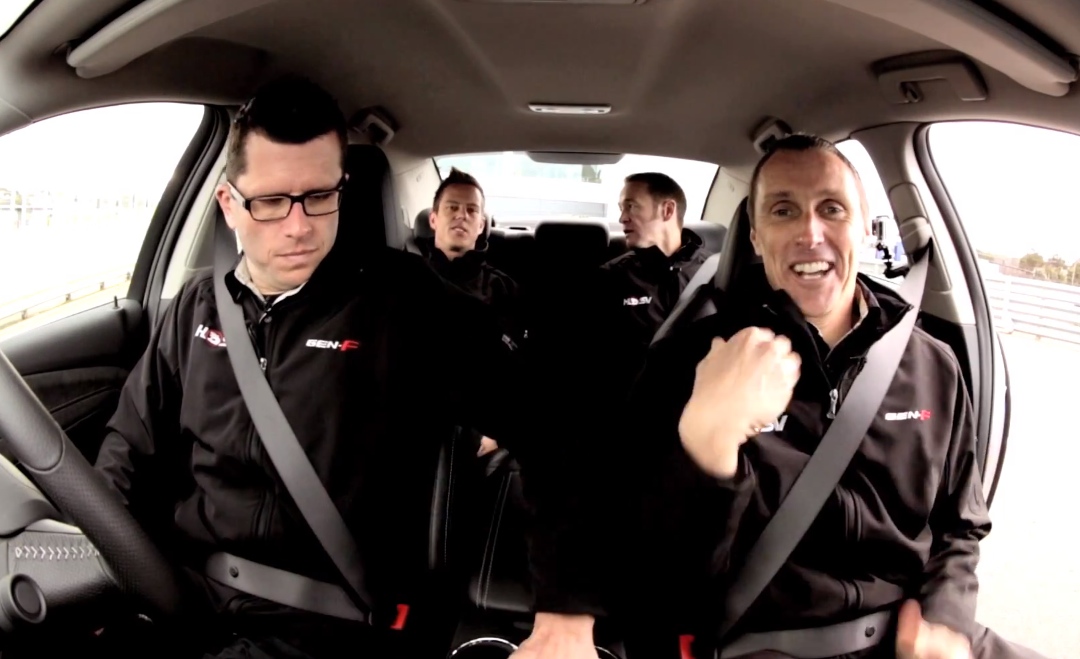 Garth Tander, 2007 V8 Supercar champion, along with one current and two former V8 Supercar drivers went for a fast lap around Melbourne’s Phillip Island circuit in the new Gen-F HSV GTS recently, and it was all captured on video. They start the lap joking with each other, which then turns to one of the passengers, James Courtney, telling the other passengers he feels sick.

You can’t help but laugh at Garth trying to find the limits of the new supercharged 430kW GTS, while the other three guys have their stomachs pushed and pulled by the g-forces.