If you simply can’t get enough of exotic supercars, like us, Ferrari has released a new video showing a behind the scenes look into the LeFerrari promotional film the company created for the car’s big unveiling a few weeks ago. 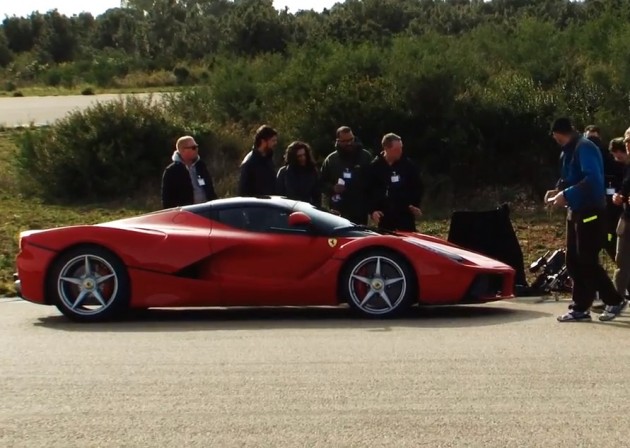 As you probably already know by now, LaFerrari is the Italian company’s new flagship model replacing the old Ferrari Enzo, sitting at the very top of the company food chain. It’s filled with all of the latest technologies that have been developed at Fiorano and Maranello to ensure diabolical speed and performance.

In the engine compartment sits a complex hybrid setup consisting of a 6.3-litre V12 producing 588kW and 700Nm alone. Paired with an electric motor which boosts power to 708kW, it’s little wonder LaFerrari is the most powerful Ferrari road car ever made. It’s able to cover 0-300km/h in just 15 seconds.

Click play below for a very interesting behind the scenes look into the unveiling of the exotic hypercar. You also get a nice taste of the engine’s almighty power roar (especially at the 1:22-23 point), and a glimpse of the fascinating automatic deploying rear wing.