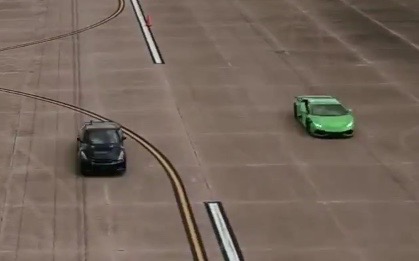 “I am the Alpha and the Omega. The beginning and the end”, so sayeth the Book of Revelations. US-based AMS Performance and its Alpha Omega Nissan GT-R is also seeking to unleash record-breaking Armageddon on an unsuspecting drag strip.

Starting with a new billet engine block that increases displacement of the naughty Nissan to 4.0 litres, a carbon fibre intake manifold and a Sheptrans GR6 transmission, among other upgrades, transmits a bowel-shattering 2050hp (1.58 mW) to the tarmac.

The AMS Alpha Omega GT-R was already the world’s first R35 to break the quarter mile in 7.0 seconds. The nuclear monster generates so much power the traction control system is unable to reel in the power, which AMS says only saps 150kW anyhow. It’s just been crowned the kind of the streets. Oh, did we mention it’s road registered? Check out the footage below.