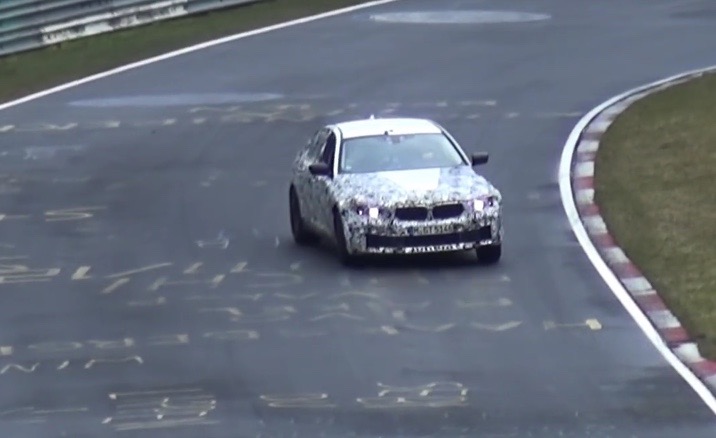 The new F90 BMW 5 Series hasn’t even debuted, yet engineers at M Division have already started working on the next-gen 2018 M5 performance sedan. 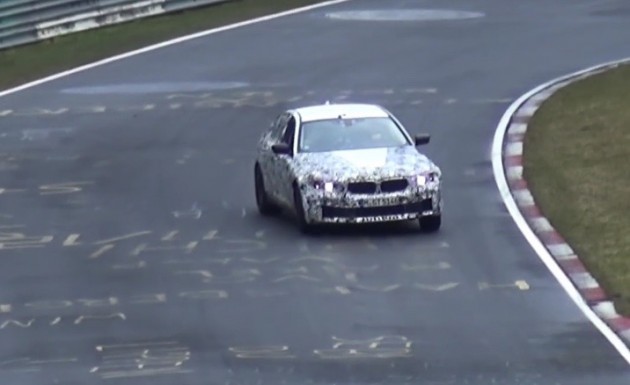 BMW was recently spotted doing some hard test laps at the Nurburgring, in some very greasy conditions. The test driver appears to be wrestling with the new super sedan as engineers fine-tune the dynamics.

As far as industry word goes, the next M5 will come with more power (of course), with the current 4.4-litre twin-turbo V8 likely to be carried over in revised guise. Power is tipped to top out at around 470kW, which would make it one of the most powerful German sedans around.

Interestingly, there’s talk of BMW M introducing an optional all-wheel drive system for the first time. Even though this would go against the grain of the M5’s long-standing rear-wheel drive tradition, it’s getting to the point where so much power just can’t be delivered to the ground in less-than-ideal conditions.

The new M5 will also showcase a fresh exterior design, likely following in the theme of other recent BMW models. Expect smaller, set-back headlights, all-new front and rear bumper bars, and a range of new body lines and panel contours.

Underneath – like with the regular 2018 5 Series – will be BMW’s new CLAR platform incorporating lightweight construction technologies including some carbon fibre. This should help to reduce weight by around 100kg, contributing to improved performance and efficiency.

More details on the next M5, and the next 5 Series, are expected to be announced in the coming months. A launch for the new M5 probably won’t take place until 2018.