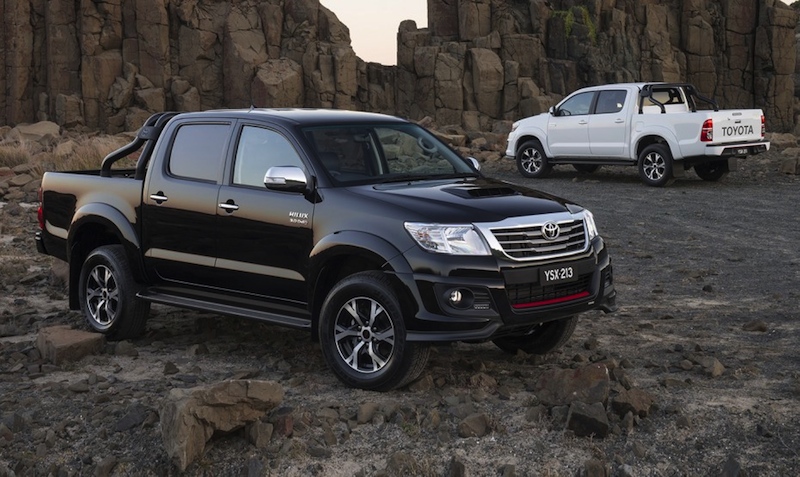 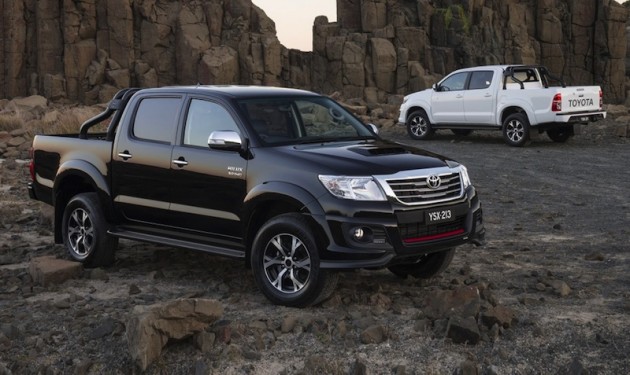 The new special model comes standard with a black sports bar, side steps, leather-accented trim, as well as a six-way adjustable driver’s seat. There’s also a new set of 17-inch black wheels with a machined silver face. Fitted up to the front and rear are some unique bumper bars never before seen on an Australian HiLux, along with LED daylight running lights.

Toyota’s in-house partner TRD was involved in tweaking the the Black’s cosmetic enhancements, with its logo appearing on the wheel caps and front bumper. The Black is based on the popular SR5 4×4 double cab model, with fewer than 1000 units set to be produced.

Other standard features in line with the SR5 trim level include a 6.1-inch display audio screen, satellite navigation with live traffic updates and a reversing camera. Buyers can chose from two exterior colour options; Glacier white and Eclipse Black. 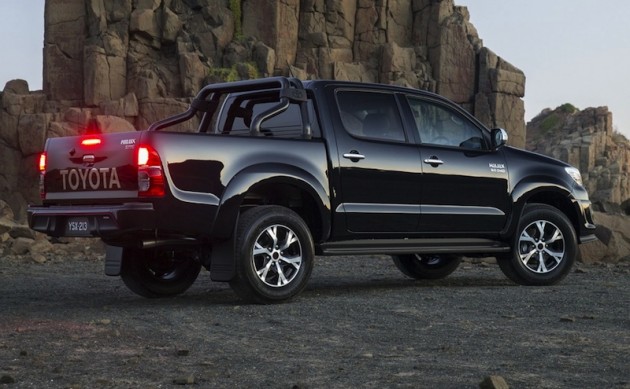 Prices for the HiLux Black start from $53,240 for the five-speed manual model, with optional automatic and prestige paint adding $2750 and $550, respectively.

“People buy HiLux as a tough workhorse, a family vehicle or as a mixture of both, which means they are attracted by its renowned ruggedness and also its car-like comfort,” he said.

“HiLux Black delivers the best of both worlds. Its aggressive black features build on the unbreakable image of HiLux while exuding a premium appearance because black is always in style.”