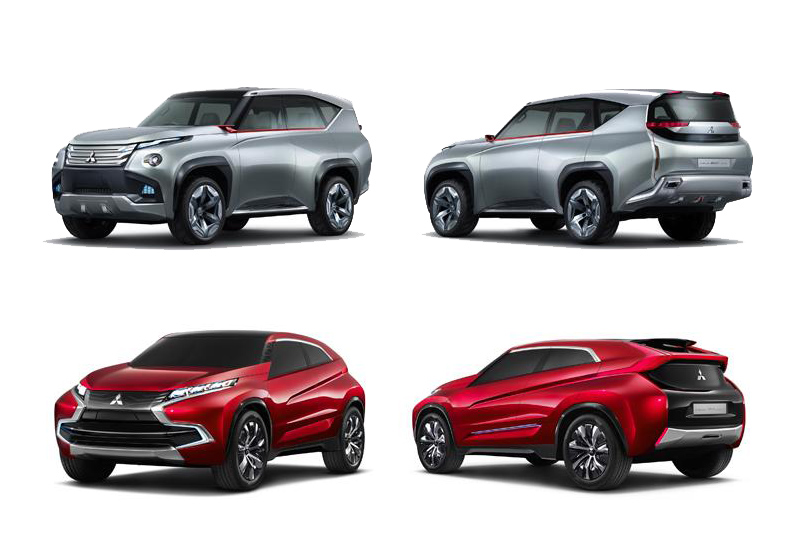 Mitsubishi has given some insight into three concept vehicles it plans to unveil at the 2013 Tokyo Motor Show taking place later this month, including a future-gen Pajero concept, an Outlander-type MPV concept, and a new ASX-style concept. 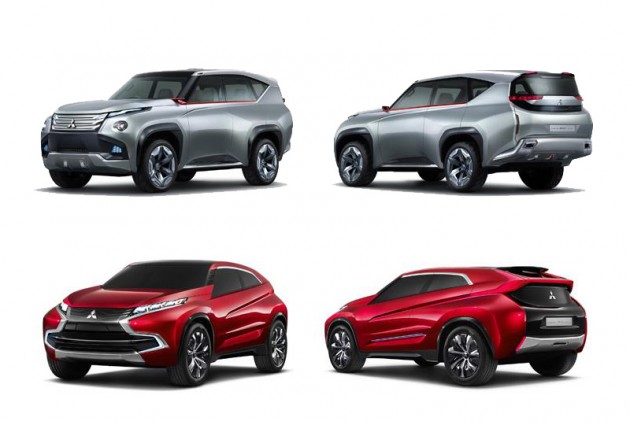 All three showcase a drastic new styling language that Mitsubishi is obviously looking to show off at the show, with high cheek bones at the front and thin, inverted headlights, and aero-oriented front grilles. All three also feature black A-pillars for a distinct sporty look.

Starting with the Pajero ‘GC-PHEV’ (Grand Cruiser – silver vehicle pictured), the concept comes with a 3.0-litre supercharged V6 hybrid. It consists of a high-output electric motor and a high-capacity battery, connected up to an eight-speed automatic transmission.

At the mid-size end of the segment, the Concept AR (Active Runabout – above) could be a possible look into a future Outlander or an all-new MPV/SUV model. Mitsubishi says the Concept AR offers MPV roominess with SUV maneuverability. It features a 1.1-litre turbo MIVEC engine with direct injection linked up to a “mild” hybrid system.

The third concept will be the XR-PHEV (Cross Runner – red vehicle), which could be Mitsubishi’s vision for a future compact SUV, such as the ASX. It comes with a 1.1-litre turbo engine, matched up to a high-efficiency electric motor and high-capacity battery system.

Overall outputs haven’t been mentioned at this stage, however, plenty more details are likely to be revealed at the Tokyo show. It all starts on November 20.