As his world champion teammate Sebastian Vettel will start on pole, Aussie Mark Webber will have to make his way from 19th position after suffering car and traffic problems in qualifying for the 2012 European Grand Prix in Valencia, Spain. 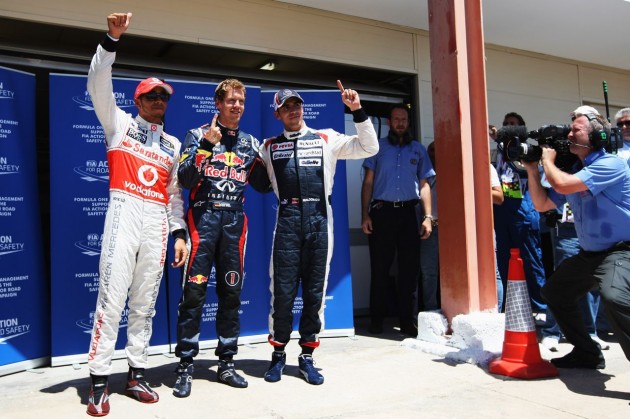 Webber reported a hydraulic problem caused his DRS to not function and could not make it past Q1. The result was his worst qualifying result since the 2009 Japanese Grand Prix.

Alongside Vettel on the front row will be McLaren driver Lewis Hamilton. Behind them will be Williams pilot Pastor Maldonado and Lotus’s Romain Grosjean.

Another Lotus will be on row three with Kimi Raikkonen to be next to Mercedes driver Nico Rosberg.

Both Ferrari drivers failed to make Q3. Fernando Alonso will start from 11th while Felipe Massa continues to struggle down in 13th.

Aussie Toro Rosso driver Daniel Ricciardo will be directly in front of Webber on the 17th spot on the grid.

The race gets underway at 10pm AEST.