There’s weird, and then there’s just downright silly. This proposed product is a case of the latter. A new startup company called Yagalet wants to launch a sports car that has hovercraft capabilities. 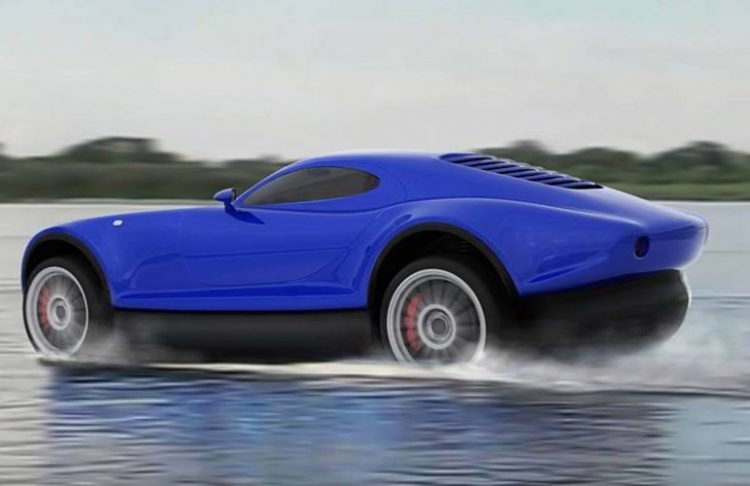 It comes from Russia, of course, where hovercrafts are a pretty common thing. The idea behind the concept, called the Prototype 2.0, is to offer the usual speeds of a sports car but one that can move across any surface. It’s able to skim across almost anything thanks to an inflatable and flexible polymeric bag.

When deployed, it levitates the car so it can travel across water and thin ice or even thick snow without a problem. It’s unknown how the car is propelled. The company says “it is a safe movement”, which does not require special pilot skills or flight licence to drive. Fun for all the family, then. In a statement, the company says:

“Perhaps, we are talking about creating a new category of vehicles, and in the future it will be surprising for everyone that cars once used to go only on wheels. Just recently, experts predicted that crossovers will occupy a small niche in the production range due to the high cost of acquisition and operation, but now this is one of the biggest segments of the automotive market, and automakers are systematically getting rid of compact cars in their model lines.”

Drivers, or pilots, can switch between road mode and flight mode simply by pressing a button and pulling a lever, Yagalet says. Doing so may help the driver avoid congestion in cities, allowing them to take the canals and waterway routes instead.

Yagalet started development of the project back in 2010, using a motorcycle as the foundation. Now, the company says it has its sights set on a flying SUV, minivan and even a flying house.