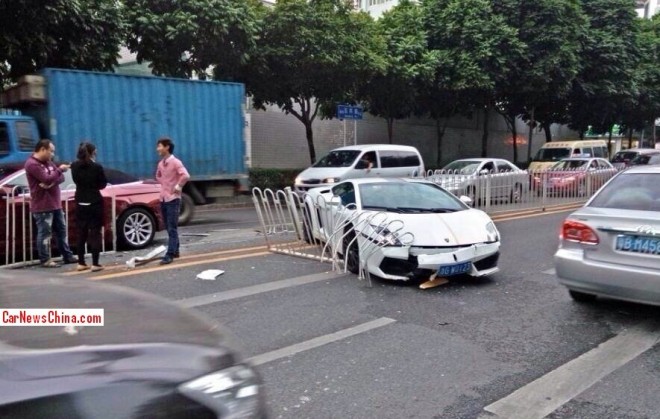 An example of the very rare Lamborghini Gallardo LP550-2 Valentino Balboni has been involved in a crash in Shenzhen, Guangdong Province, China, smashing apart most of the front end. 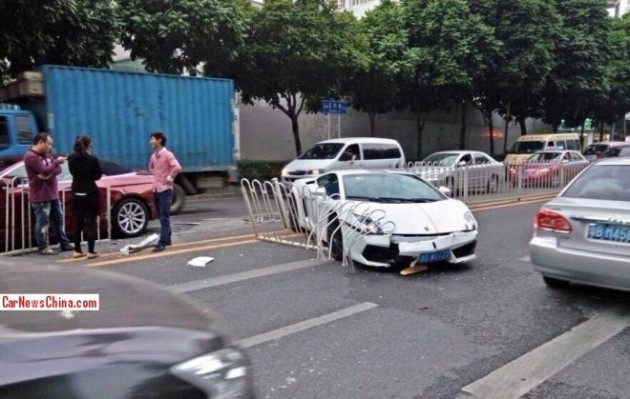 Just 250 examples of the Balboni edition were made, making this a quite upsetting incident not only for the owner but Lamborghini fans around the world. The model is named after former Lamborghini test driver and it’s one of the only rear-wheel drive Gallardos made.

Fortunately, the damage looks pretty moderate and mostly limited to the front end. The nose is torn apart and left hanging, while the wheels may have suffered some damage.

It’s understood the driver lost control of the V10 supercar before eventually crashing through a fence dividing the road. It’s unknown if the driver (wearing the pink shirt in the images, first published by CarNewsChina.com) was driving in a dangerous manner or speeding at the time.

As you can see, the driver escaped this one without major injury. It’s a shame about the car, though, it is likely to be repaired and live another day. 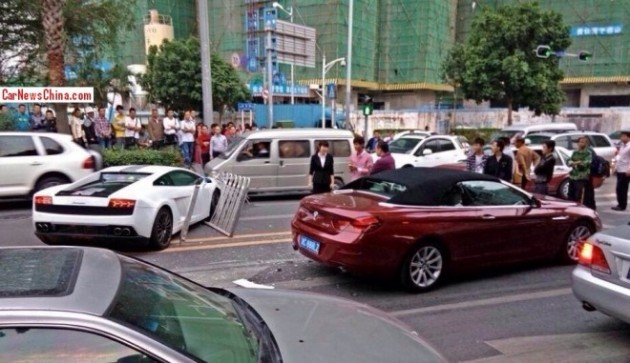