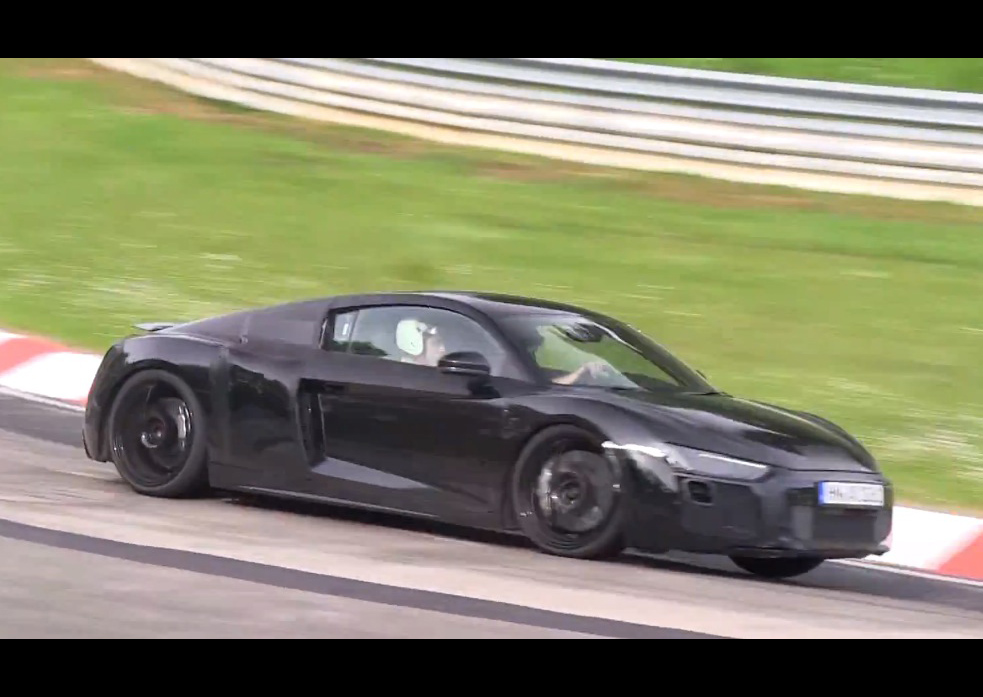 A prototype version of the next-gen Audi R8 has been spotted at the Nurburgring, belching out an beautiful V10 soundtrack with a distinct dual-clutch transmission pop between gearchanges. 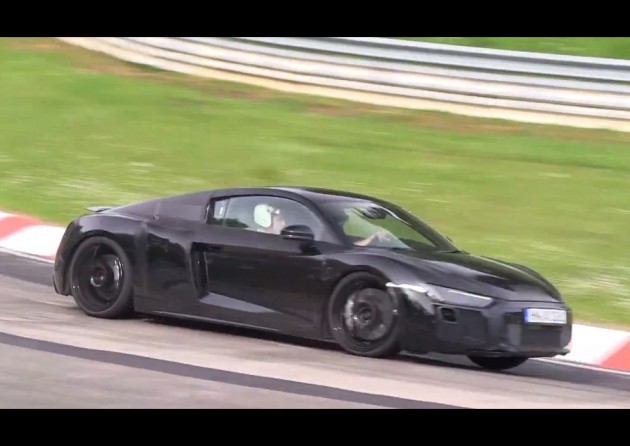 The next model is set to share a lot with the new Lamborghini Huracan supercar, including a weight loss of around 60kg thanks to a revised platform and more aluminium and carbon fibre in its construction.

In the engine compartment, engine options are expected to carry over from the current model only with some minor changes. This means we’ll probably see a 4.2-litre V8 entry-level version and a high-end 5.2-litre V10 example.

Audi is reportedly planning to introduce a turbo engine of some kind for the R8 later down the track as well, but no official details have been revealed at this stage.

In terms of design, the new model will be an evolutionary step rather than a revolutionary progression. In other words, it will share a similar silhouette to the current model only with updated detailing such as headlights and grille and so on.

The new model is expected to debut a little later this year before hitting the market in 2015. Take a look at the video below, provided by TouriClips YouTube channel, for a preview.