Vauxhall will unveil a muscly little off-road concept at the upcoming Geneva Motor Show called the ROCKS concept. Based on the pokey Adam super-mini, the company is looking to forge a new vehicle segment. 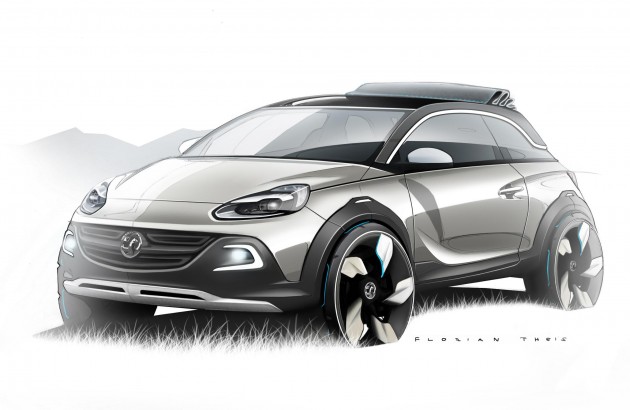 Vauxhall is calling it an “industry first urban mini-crossover”. Although there is the current MINI Countryman, the upcoming Ford EcoSport, and the Fiat 500X in the mini crossover segment, the ROCKS features a peel-back fabric convertible roof. No vehicle currently on sale offers city compactness matched with off-road ability and open-top freedom.

In terms of design, the Adam ROCKS certainly looks like it’ll be one of the funkiest concepts at the Geneva show. Of course, the in-the-flesh concept is likely to be toned down somewhat compared with these preview sketches.

Although it is based on the Adam, the concept is taller and wider. It’s also raised 15mm for increased ground clearance, and the track is widened by 20mm for a more imposing and rugged off-road stance. 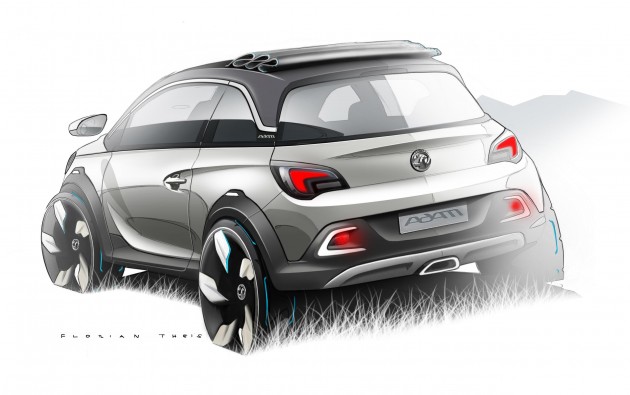 “With even bolder design than any other Adam, the ROCKS shows the vast potential for personalisation our stylish urban-chic newcomer offers. It combines the toughness of a crossover with the coolness of open air driving.”

In terms of possible production, the concept will be used to gauge the public’s reaction. If it is well received, the GM-owned company may have a business case for further development down the track. Ward said,

“As a symbol for fashion-led, active drivers wanting to stand out from the crowd, Adam ROCKS is just one possible answer to the question of how new development paths for this unique car could be forged.”

The concept will be on display in full at the Geneva show, which starts on March 5.