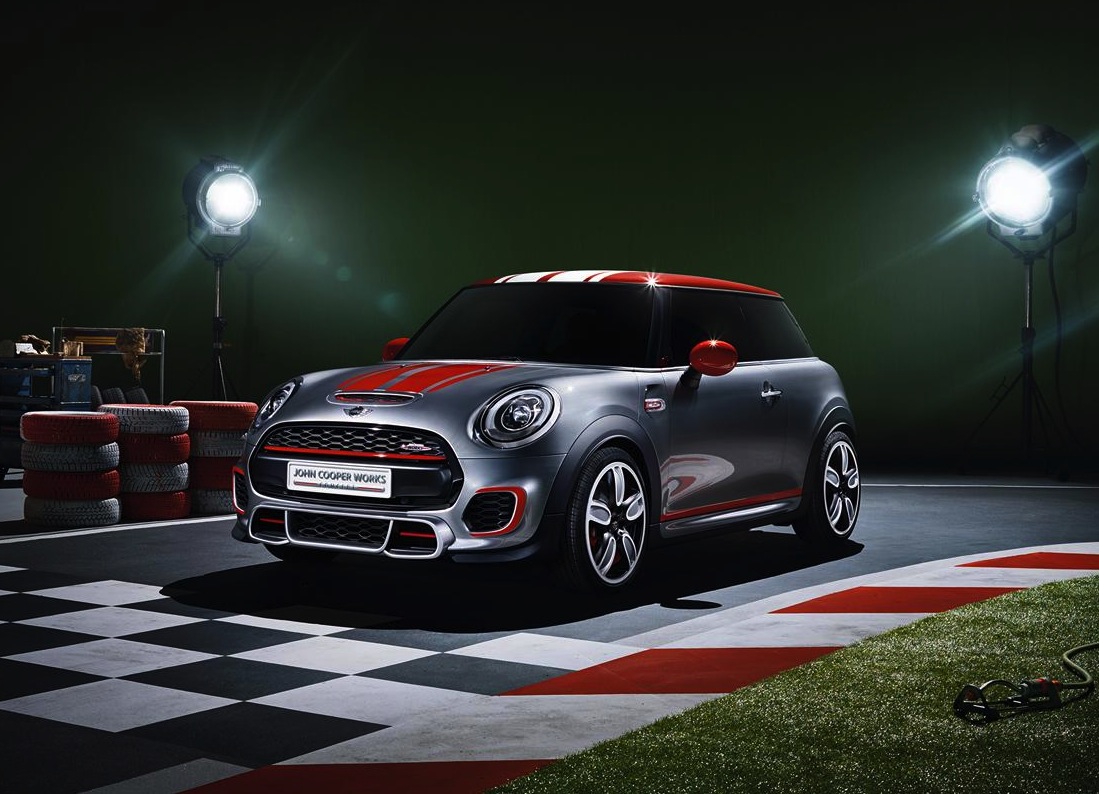 The new MINI Cooper was only unveiled last month, but it looks like a JCW version is well and truly on the company’s to-do list. Introducing the new MINI John Cooper Works Concept, based on the new Cooper. 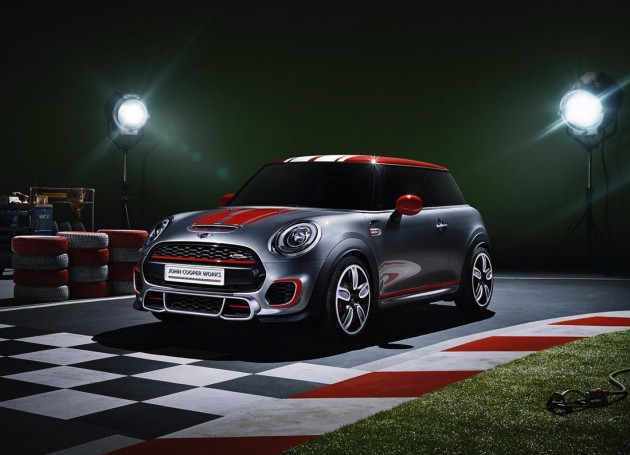 Featuring the chirpier exterior design as the new model, with softer panel curves and a more cheerful front end, the John Cooper Works Concept applies a distinctive dash of attitude to the foundations.

At the front there’s a much more aggressive bumper bar, even more so than the current model, with a variety of intakes sprouting out to draw in air. The centre fascia is then pronounced with a black mesh grille underscored with red highlights. 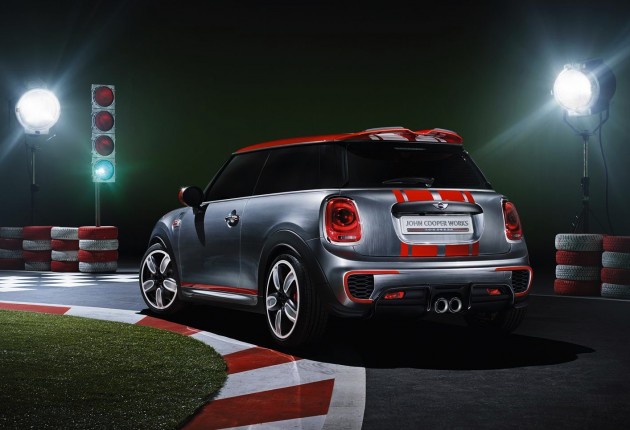 Around the back you’ll find a similarly chunky set of vents in the corners, highlighted in red, a black diffuser underneath, and the traditional twin-outlet exhausts poking out from the middle.

Other design features include 18-inch alloy wheels, a roof/tailgate spoiler, matching side skirts, and a set of red and white racing stripes over the length of the car.

Details on the engine haven’t been mentioned at this stage. It is expected to borrow the Cooper S’s new 2.0-litre turbo four-cylinder, only it is likely to be boosted from 141kW to at least 160kW.

MINI will unveil the concept in full at the 2014 North American International Auto Show in Detroit in January. The subsequent production version is set to be a firecracker of a little car, just like the outgoing model. It’s expected to arrive later in 2014.