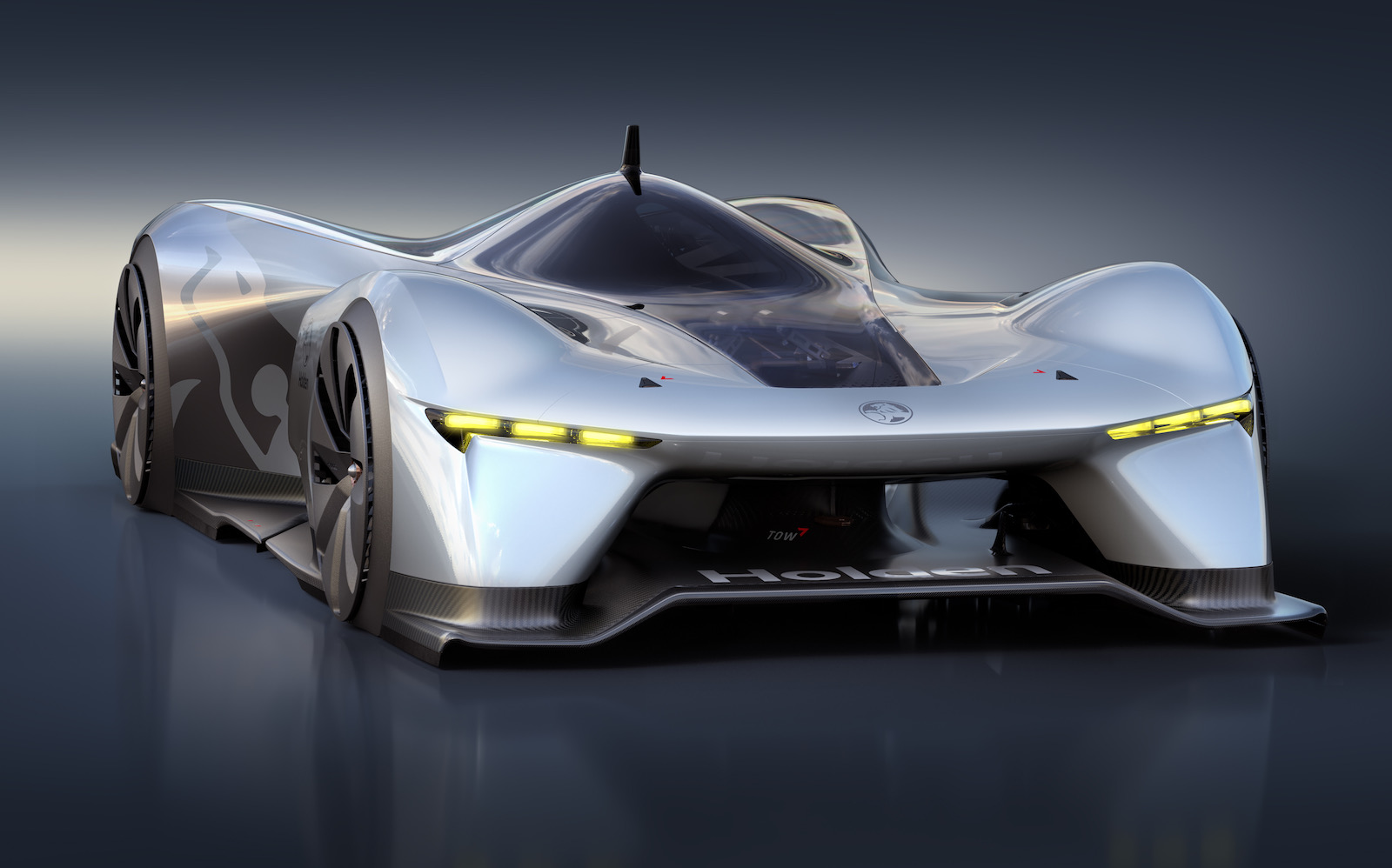 Holden has unveiled an outrageous concept car this morning called the Holden Time Attack Concept. It’s being designed to help celebrate the 50th anniversary of Holden’s first win at Bathurst back in 1968.

So far Holden says it is a “virtual” concept that has been created entirely by GM Holden Design and its engineering staff here in Australia. It’s envisioned as a “single-lap tearaway” for outright hot laps. This style of track driving is otherwise known as time attack. GM Holden’s design director, Richard Ferlazzo, spoke about the concept in a statement, saying:

“We have the ability to simulate a car’s appearance, technology and dynamics in convincing animations, which enables us to deliver better designs in a shorter time. A large part of our work is advanced design and we use this technology to develop concept designs for our parent company, General Motors. This concept is a digital advertisement for the advanced skills, capability and technology of the GM Holden team.” 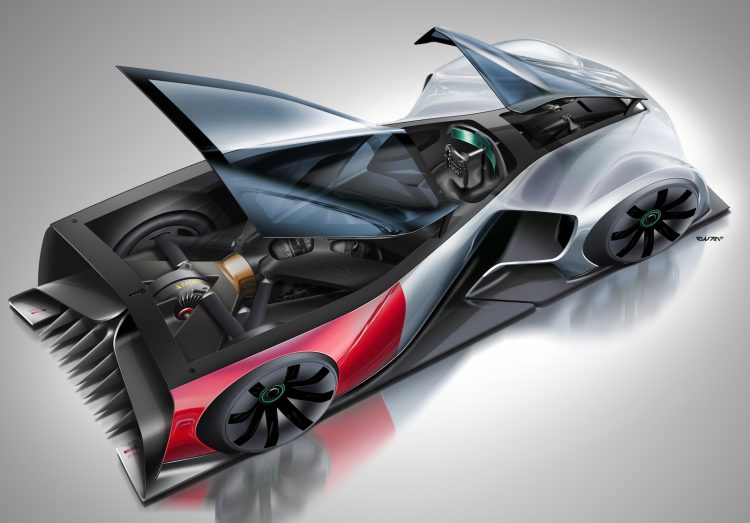 Power is envisioned as coming from four axial flux permanent magnet electric motors each supplying 250kW, with a combined output of 1000kW and 3240Nm. This is sent through four three-speed auto transmissions – one at each motor – with a first gear translating to 9620Nm of axle torque at launch.

Holden projects a 0-100km/h time of just 1.25 seconds, which we presume requires the use of a g-force suit to undertake. The company also projects a Mount Panorama lap time of 1:29.30 using a simulator, with the car hitting up to 6.5G in the corners and 6G under braking.

All of this grunt comes from a graphene hybrid power pack with 1000kW, using a 90MJ charge capacity with fast recharging possible in just 90 seconds when using a 1000kW, 800V, 1250A socket. Yep, it’s pretty serious.

The concept was developed with technical input from GM Holden’s engineering team and the final design was validated by a 3D-printed model. A special in-house simulation was also developed to conduct realistic tests.

It doesn’t seem like a real-life version will ever be made, rather, the virtual concept demonstrates the capability of the local hub. It’s also expected to be one of many virtual concepts on the horizon from GM Holden. Ferlazzo said:

“Automotive design and engineering remains a core strength and competitive advantage for Holden and for Australia. The Time Attack Concept racer is an illustration of how we can utilise cutting-edge technology to develop transportation solutions for the future. You can see from the extremely detailed approach to incorporating the advanced technology in our Time Attack Concept racer that this is more than just a visual exercise.”