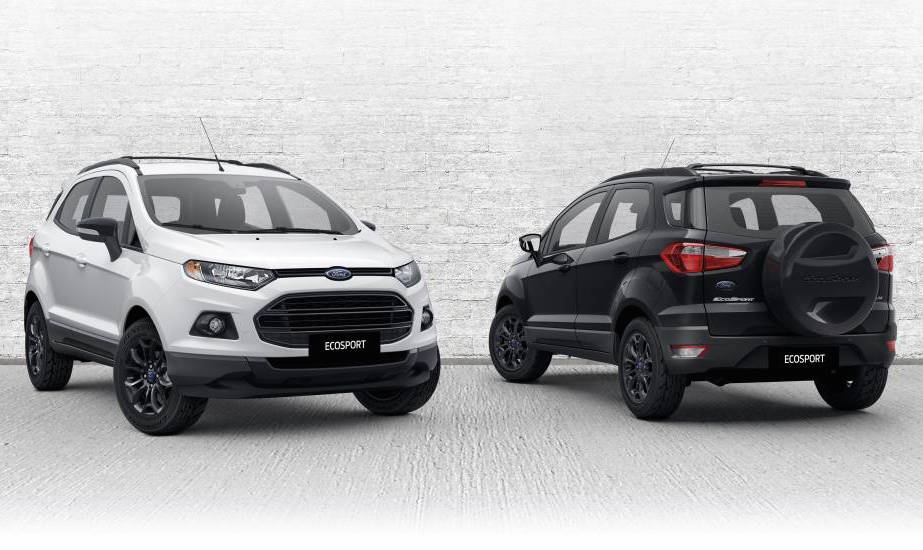 To stay noticed in the small SUV market, Ford Australia is rolling out a sleek ‘Shadow’ special value pack edition of the EcoSport. 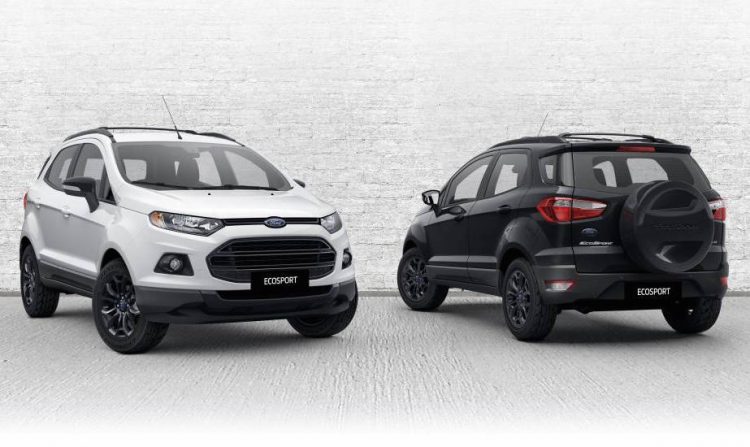 The Shadow is available in only Diamond White or Panther Black, with just 50 examples of each being rolled out across Ford showrooms.

The EcoSport Shadow is differentiated from its regular brethren thanks to a darkened grille, black mirror covers, alloys finished in black, black roof racks and cross bar, and black fog light surrounds. There are no interior extras to speak of, meaning this is purely a cosmetic exercise.

The Indian-built SUV is not performing as well as some other competitors, with just 975 examples moved in the first half of the year in Australia (through June). Compare that to Trax’s 4170, HR-V’s 6744, ASX’s 8775, and the segment-leader CX-3’s 9372 figures, and you get the feeling Ford would rather be doing eight or nine times better than it currently is.

The EcoSport was originally designed in Brazil. It is distinguished by its compact dimensions and butch spare-wheel-adorned rear tailgate, which opens away from the kerb in RHD models. It has ground clearance of 200mm and offers 550mm water wading ability. It’s also available with an award-winning 1.0-litre turbo three-cylinder.

If you want an EcoSport Shadow, the price starts at $28,090 (prestige paint is a $450 option) and all come with automatic transmission. Showroom arrivals commence in July.