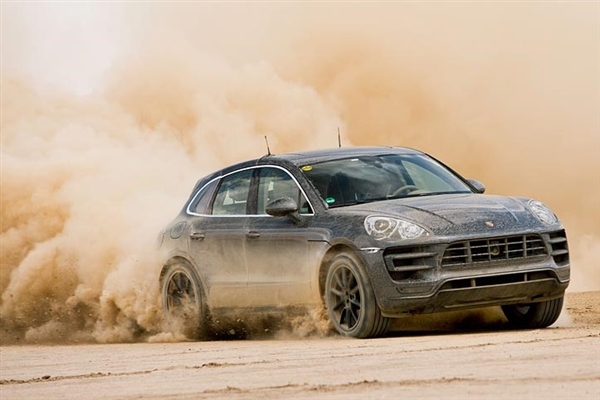 What appears to be a full spec sheet for the upcoming Porsche Macan has been leaked online, potentially confirming the complete engine lineup.

As previously thought, the new mid-size Macan will come in two twin-turbo V6 forms. According to the spec sheet the entry-level Macan S will come with a 3.0-litre twin-turbo producing 250kW and 460Nm, capable of propelling the SUV from 0-100km/h in 5.5 seconds.

The Macan Turbo will use a 3.6-litre twin-turbo V6 producing 294kW and a more meaty 550Nm. This will be enough force to see the flagship sprint from 0-100km/h in just 4.8 seconds, making it the quickest SUV of its kind.

Lastly, it seems a diesel variant will also be on offer for the fuel conscious buyers. It will come with a 3.0-litre turbo-diesel producing 190kW and an impressive 580Nm, enough to cover the 0-100km/h dash in 6.2 seconds. Fuel economy figures haven’t been mentioned.

Measurement and weight details are revealed in the spec sheet. The lightest of them all will be the diesel, tipping the scales at 1898kg, with the Macan S weighing in at 1928kg and 1947kg for the Turbo. This puts it on par with its sister car, the Audi Q5.

It will be around 50mm longer than the Q5 though, around 25mm wider, and roughly 30mm lower, resulting in a more sporty low and fat stance.

When the Macan arrives on the market in 2014, it is expected to become Porsche’s new best-selling model. At the moment the current favourite is the Cayenne large SUV. Last month (October), Porsche sold 6995 examples around the world, which is a big slice of the total 13,393 Porsche vehicle sales made for the month.

The new SUV will be officially unveiled at the 2013 Los Angeles Auto Show. It all starts on November 22. 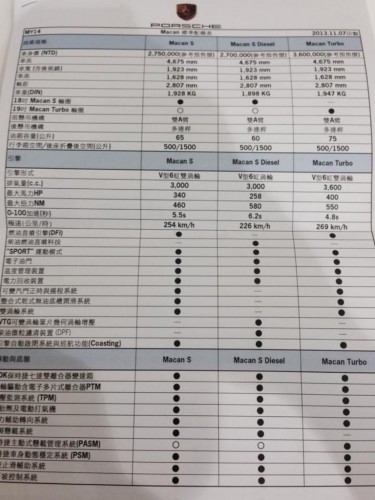