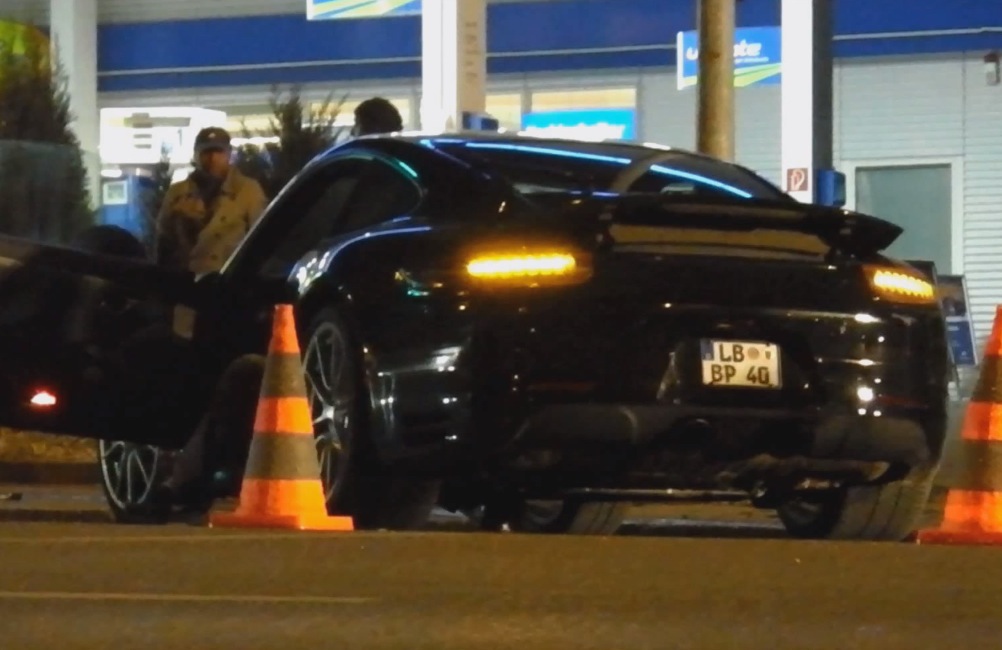 Porsche has been spotted test driving a prototype version of the 2016 991 Porsche 911 facelift. It was captured just moments after a minor crash in Germany. 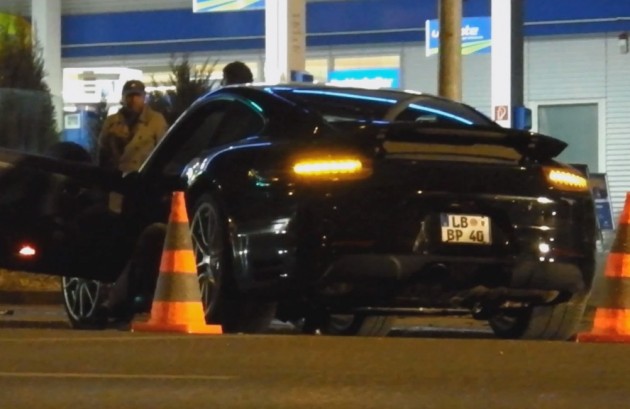 The exact specification or variant level of the prototype is unknown, with the most interesting element being the two centrally-mounted exhaust outlets. Could this be the trademark clue for a potential turbocharged four-cylinder 911 range? Central exhausts are usually only reserved for dedicated racy variants, including the 911 GT3.

Porsche has previously confirmed it is working on a range of new four-cylinder turbocharged engines, which may be introduced in future entry-level 911 variants. They are being primarily developed for upcoming Boxster and Cayman models.

Aside from the exhausts, the prototype seen in the video below features updated headlights and taillights, partially covered, as well as new alloy wheels. Some minor trimming changes are also likely for the 2016 update.

The cause of the crash is unknown but it does look like it took place at low speeds, with only minor damage to the front corner of the sports car. Although it looks only minor, the damage seems like it was enough to make the car undriveable.

More details on the updated 911 range are expected to be announced later this year, with a potential unveiling taking place at the Frankfurt Motor Show in September. Click play below for a preview.