TIKT – a machining specialist in Germany – has come up with a tuning kit for the Corvette ZR1. It’s called the TIKT Chevrolet Corvette ZR1 Tripple X, and it produces 758hp (588kW). 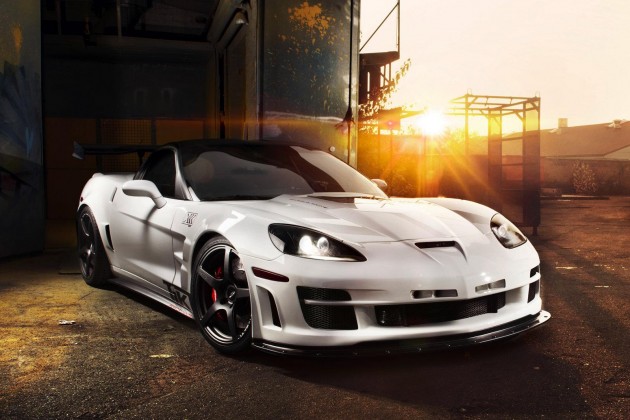 In standard form the Chevrolet Corvette ZR1’s figures are ballistic enough. The 6.2-litre supercharged V8 develops a whopping 476kW of power and 819Nm of torque, enough to accelerate the mighty icon down the quarter mile in 11.2 seconds.

Overall output sits at 566kW and 910Nm. It hasn’t been confirmed but we have no doubt the TIKT Chevrolet Corvette ZR1 Tripple X package would turn the ZR1 into a cracking 10-second car.

To keep the ZR1 straight and true, as much as possible, TIKT also modifies the suspension, giving the rear a new set of wheel hubs to raise the rear axle on the leaf springs, making it lower overall by 30mm, while the front gets a racing setup which lowers it by 50mm.

It’s all pretty neat while still maintaining that aggressive nature that is the Corvette. To top it all off the Tripple X kit also includes a set of lightweight Zerra Ultralight Evo 2 wheels, and an angry bodykit with increased front venting/cooling, as well as a carbon fibre rear wing and some side skirts.