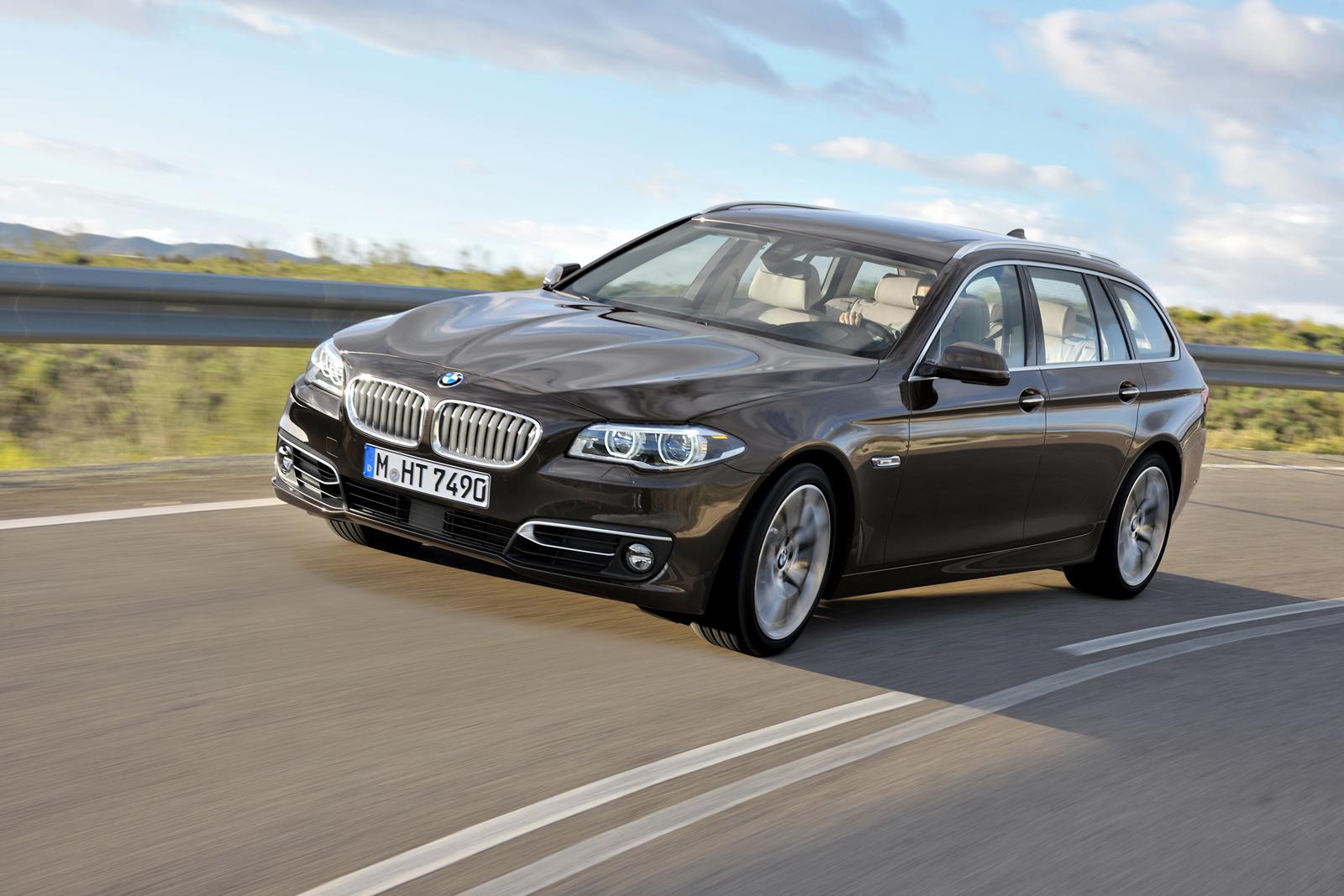 BMW has pulled the wraps of the 2014 BMW 5 Series facelift, including the sedan, Touring, and Gran Turismo (GT) versions. The update comes with some styling tweaks, trim changes, and some technology updates. 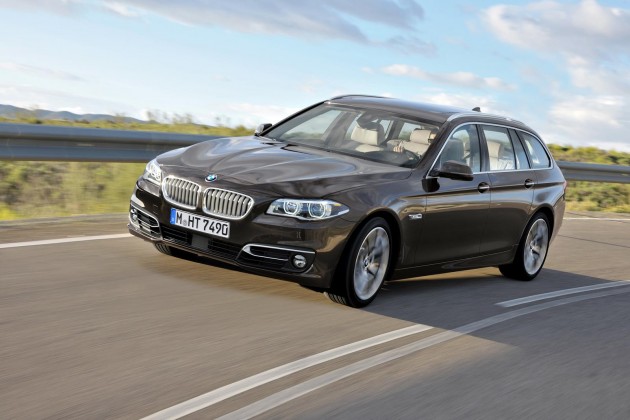 Just looking at the front end, it’s difficult to instantly point out the changes. There’s optional LED headlights (xenon standard on all models), new colour detailing for the front grilles, and a completely revised lower intake section of the bumper bar which now extends all the way across. Indicators are also placed on the side mirrors.

At the back, things are a little more discreet. There’s a new contour line which runs around the centre of the bumper bar, and the taillight lenses have been revised for a slightly sharper look. The design changes may be subtle, but BMW has managed to make the 5 Series more aerodynamic. The new 520d, for example, offers a coefficient drag of just 0.25. 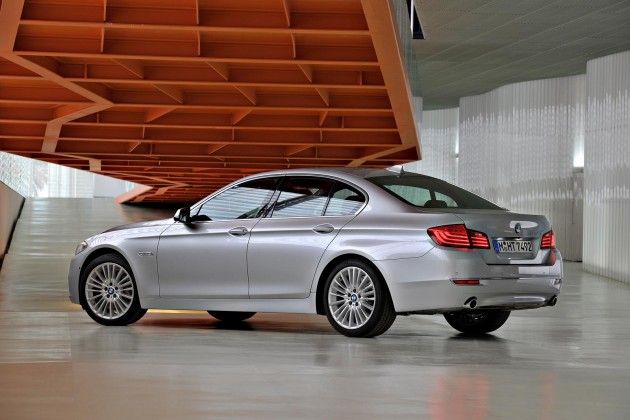 Inside, the 2014 BMW 5 Series comes with some added metal-finish detailing around the dash and centre console. More technology is also available, such as the Comfort Access pack with a hands-free boot opening and closing mechanism initiated by waving your foot underneath the rear bumper bar (when the proximity key is on you), as well as BMW’s ConnectedDrive system with various online-based media applications such as email and internet capabilities.

Rear seat entertainment can also be enhanced with tablet-style devices, while the media throughout the car can be played through a Harman Kardon surround sound system. There’s also ambient lighting changeability options and back-lighting between orange and white tones. 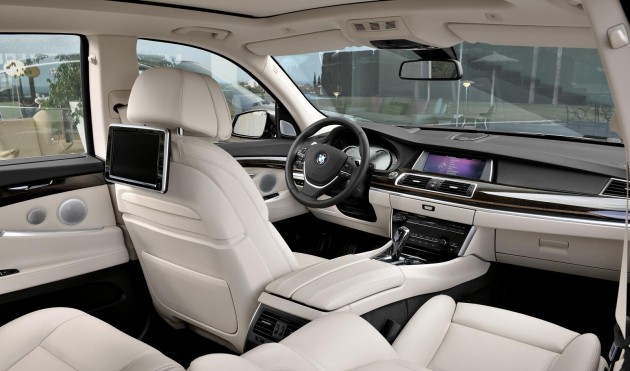 Perhaps the biggest change to the interior is the advanced new iDrive controller. It now features a larger, touch-sensitive pad on top for more versatility.

In terms of model levels, the new 5 Series will follow in the company’s showroom trend by offering different trim lines, including the Luxury Line and Modern Line packages. These present a range of options all packaged together into one. 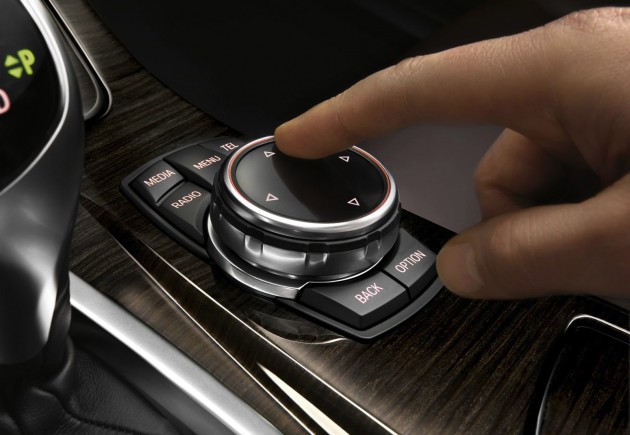 Most of the powertrains are carried across from the outgoing range, including the flagship 550i with its 4.4-litre twin-turbo V8 producing 330kW. The ActiveHybrid 5 and the range of turbo-diesel and turbo-petrol engines also remain.

Although BMW Australia hasn’t confirmed if it will arrive Down Under, the new 5 Series will be available in a 518d variant. The eco-focused model comes with a 2.0-litre turbo-diesel four-cylinder producing 105kW. It consumes an average of just 4.5L/100km.

The new model will hit international markets later in 2013. Australian specifications and prices are yet to be announced.