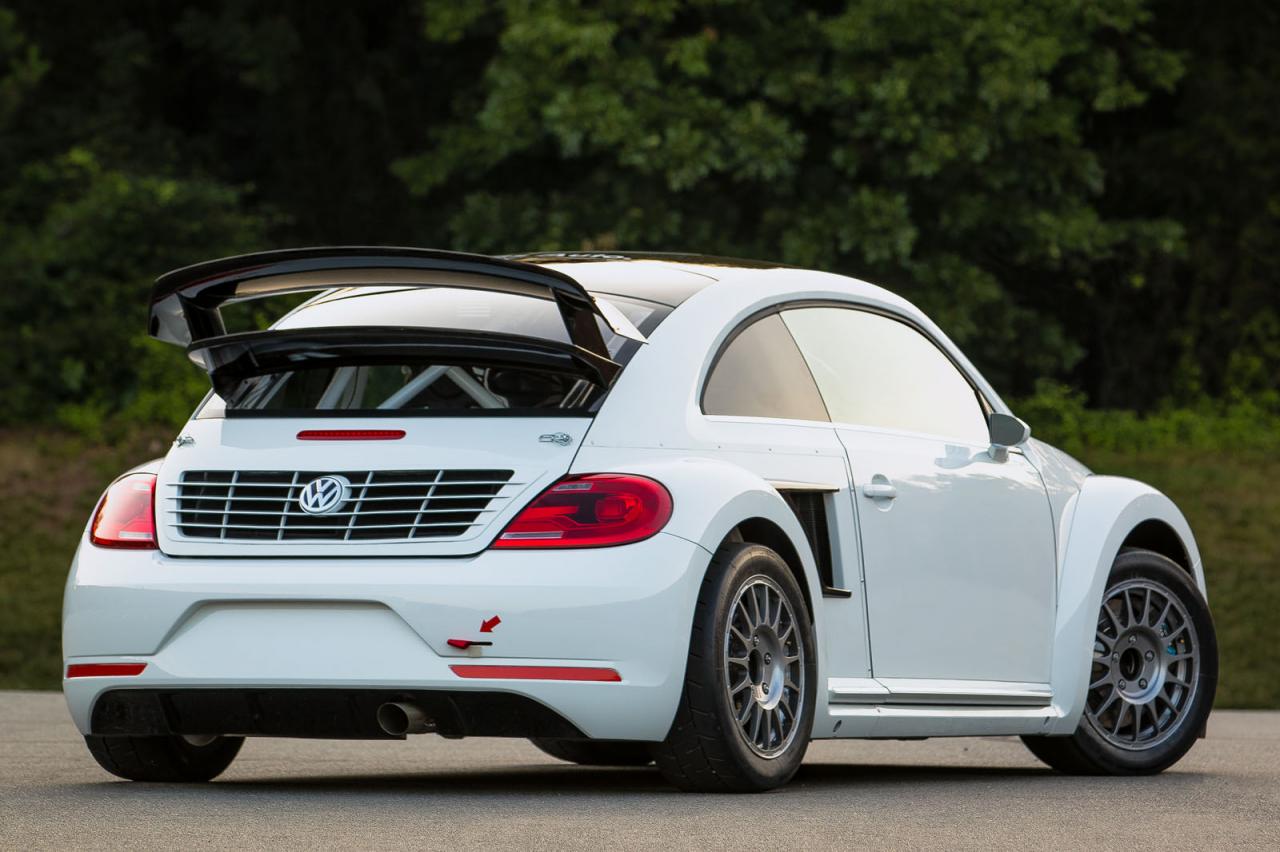 We haven’t seen a Volkswagen Beetle in motorsport for a while. This GRC edition more than makes up for it though. With huge performance on tap, it’ll compete in the World Rallycross championship this year. 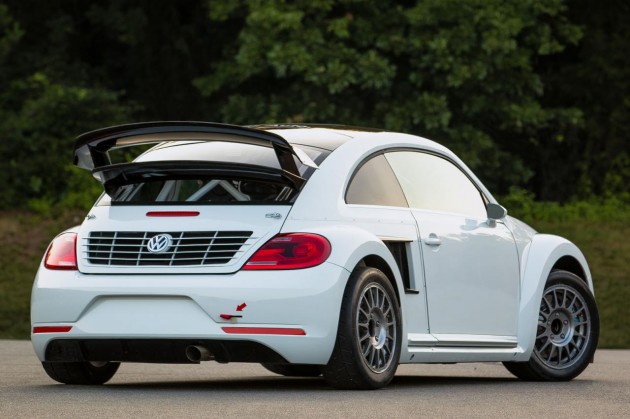 The drivetrain is made up of a six-speed sequential race transmission which feeds all that power into a four-wheel drive system. There are also limited-slip differentials at the front and rear.

To maintain optimum lap times the car is fitted with 14-inch front brake discs and 11.8-inch items on the rear, and uses special ZF suspension with around 9.1 inches of travel to soak up the bumps and jumps.

As you can see, the car adopts a racing bodykit with various aero parts to help it compete in the rally series. Instantly noticeable is the huge carbon wing at the back. There’s also a neat front lip, bonnet venting, and some side intakes in front of the rear wheels.

Tanner Foust and Scott Speed will pilot the gnarly racer in this year’s competition. Foust spoke about the car in a statement, saying,

“I know I can’t wait to race the No. 34 Rockstar Energy Drink Beetle. There’s no cooler looking car in the series.”