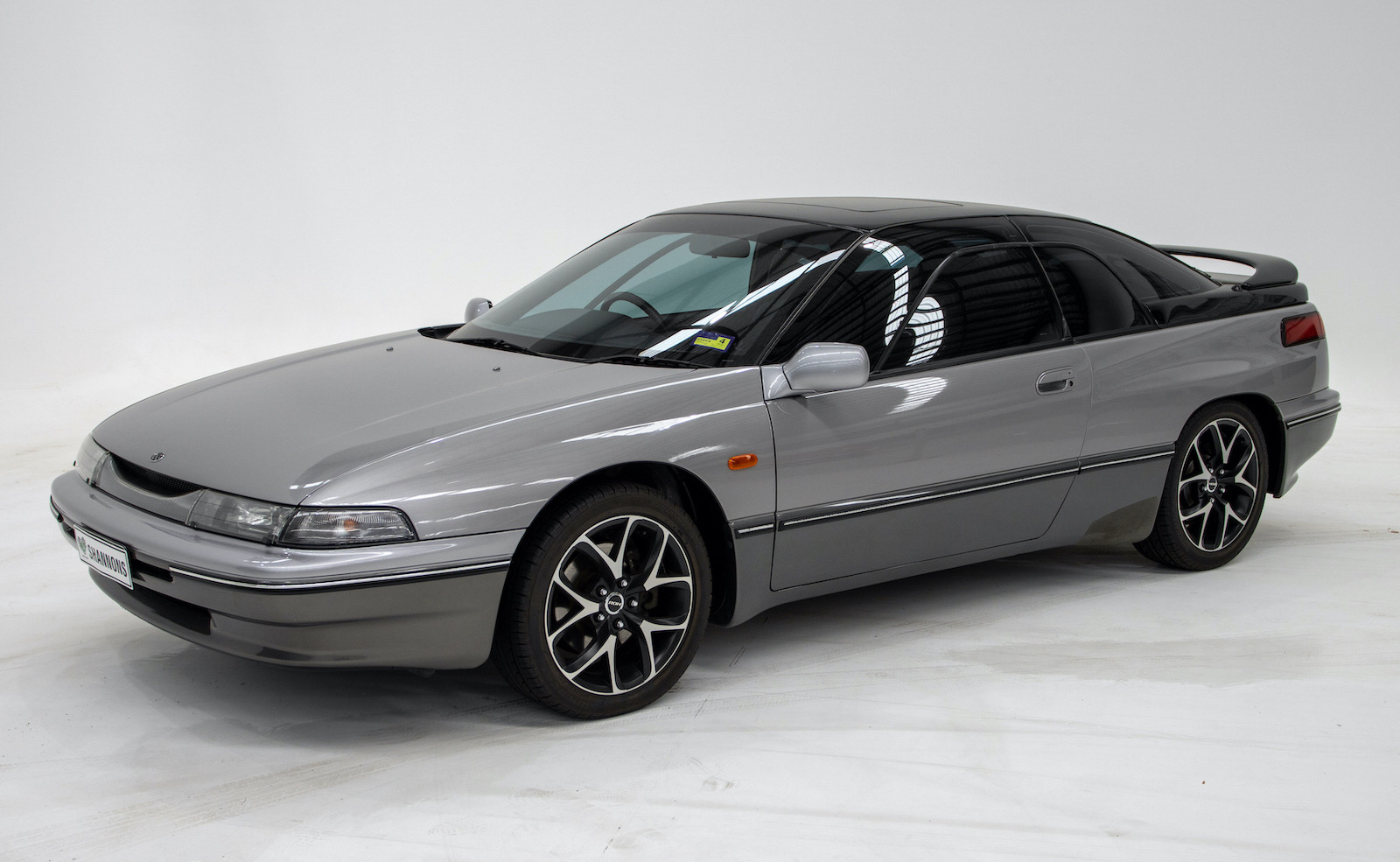 Insurance company Shannons has announced that a rare piece of Subaru collecting history will be auctioned in late November, in the form of a 1993 SVX, alongside three other tasty Subarus during its 40th Anniversary auction. 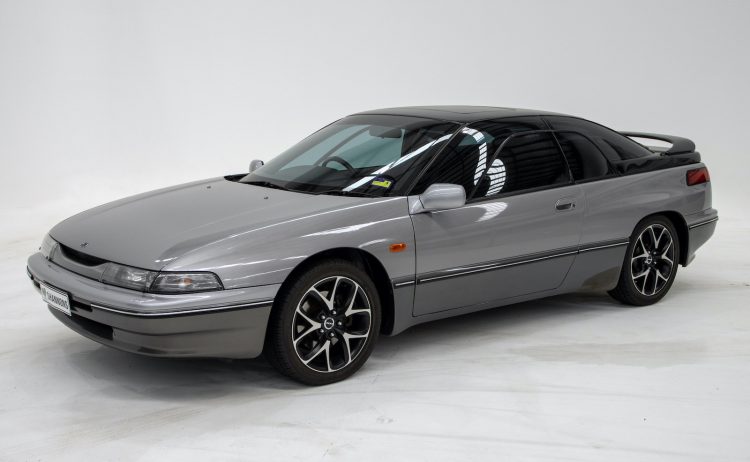 One of the 249 Subaru SVXs that made their way to Australia back in 1993 is set to hit the auction block. It was a model that saw just one generation of production until it was axed back in 1996, making this example quite a rare thing.

The model in question is in Shadowtone Black and Metallic Grey, powered by a 3.3-litre horizontally-opposed flat-six boxer engine producing 169kW. It has a very modest (for its age) 70,000km on the clock, and was owned by Subaru’s previous dealer principal who sold it around five years ago.

As you can probably tell, the SVX in the spotlight is significantly more handsome than other Subis of its era, thanks to its Italian styling penned by Giorgetto Giugiaro of ItalDesign. The limited production run translated to extremely high sticker prices back in the early ’90s, where it retailed for as much as $80,000 here in Australia.

It will come packaged to the winning bidder riding on a set of aftermarket wheels, although the factory rims are included in the sale, as well as a ‘Best Japanese Car’ plaque from its 2019 victory at the Macleans Bridge classic car festival.

Shannons expects it to sell for anywhere north of $23,000, but taking into consideration the fierce, cut-throat nature of the used car, and particularly vintage collectors’ car market, that figure may well be left in the dust as hungry Subaru enthusiasts bid for their slice of the action. 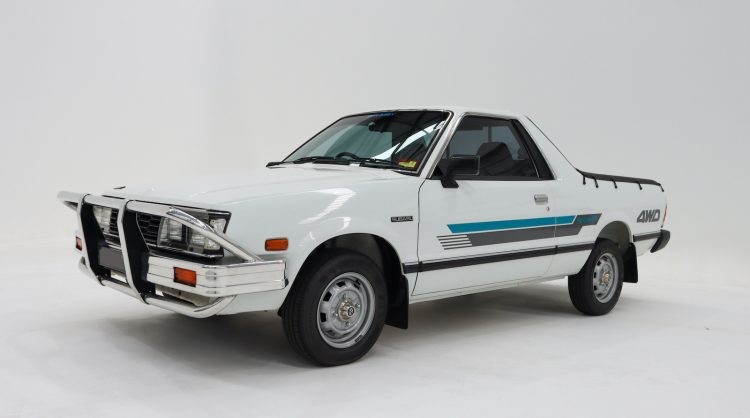 Also included in the Subaru auction event is a 1990 Brumby ute with a total of 138,603km on the clock, fitted with headlamp, mudguard and bonnet protection, and air-conditioning and rust protection. It’s expected to go for at least $20,000, but again, we wouldn’t be surprised to see higher bids.

Up next, there’s a 1991 Subaru L-Series Enduro Station Wagon going under the hammer. It’s a limited-edition variant featuring Sunraysia steel off-road wheels, a bull bar, tow bar, air-conditioning and body graphics fitted as standard. It has 170,000km on the clock. It’s being offered up with no reserve, and is expected to fetch anywhere between $6000-$10,000. 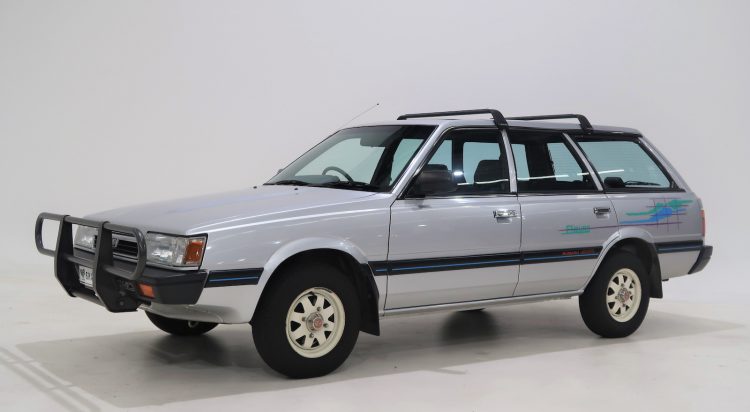 Finally, it wouldn’t be a Subaru auction without a WRX involved. And luckily for bidders, there’s a 1999 WRX up for grabs in the archetypal World Rally Championship Blue with Gold alloy wheels. The ‘Rexie’ in question has 148,736km on the clock, and remains unmodified with no evidence of racing or rallying in its past.

It’s expected to sell for anywhere north of $30,000, and comes with a documented history and servicing file, detailing the replacement of control arm bushes, wheel alignments and clutch seals. 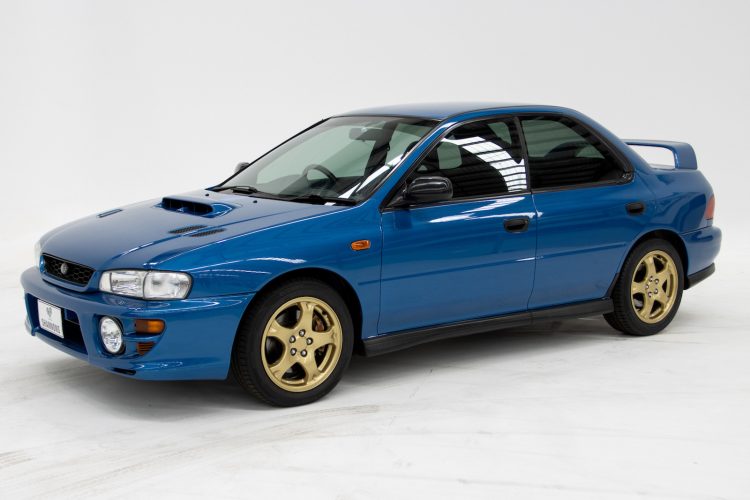 Subaru has unveiled its first-ever battery electric vehicle in the form of the all-new Subaru Solterra. Although, it is unclear...