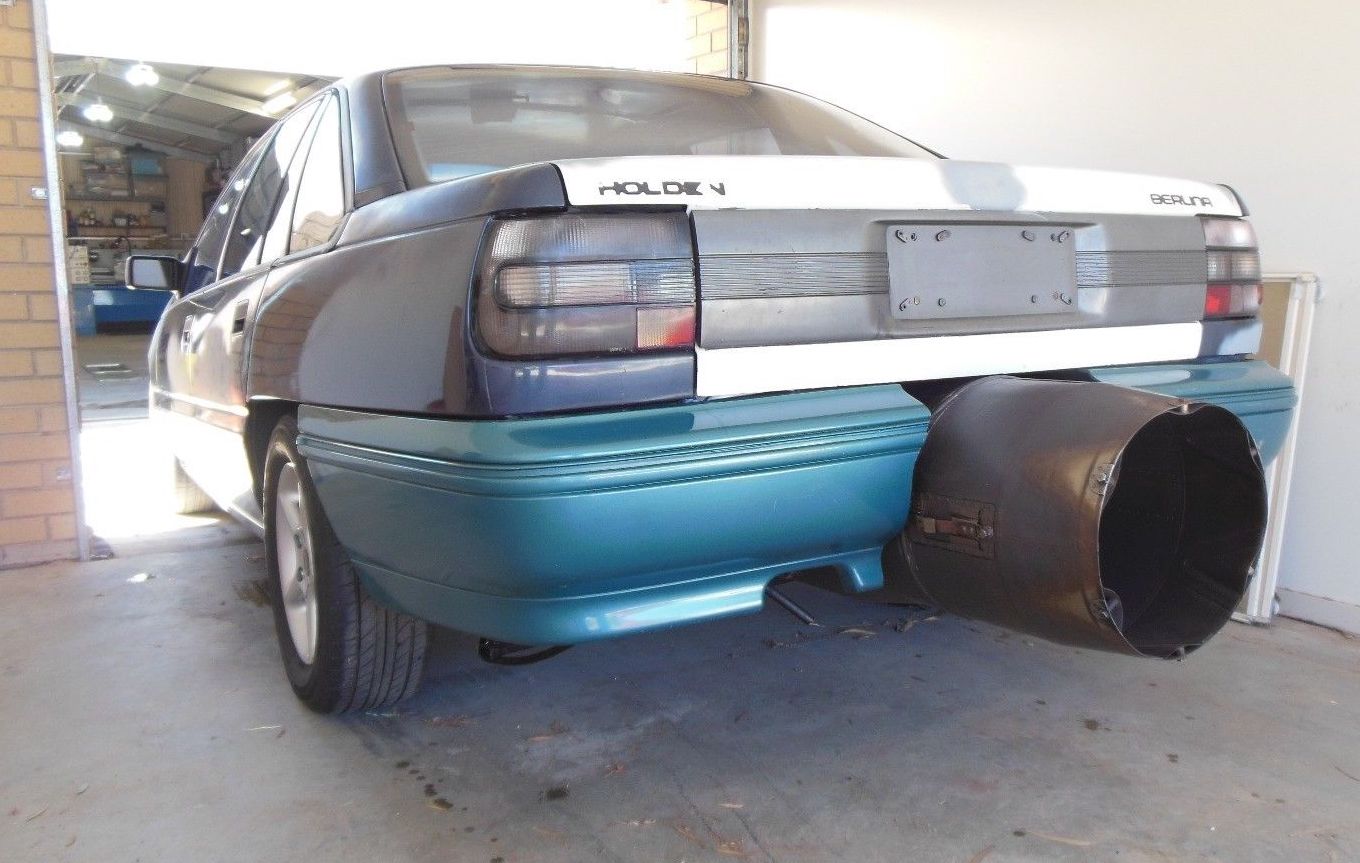 For such a ubiquitous and sometimes joked-about car, we sure have featured our fair share of interesting and wacky VN Commodores. 2.0-litre four-cylinder versions sent to New Zealand, an immaculate SS Group A for $265,000, but this one probably takes the cake. 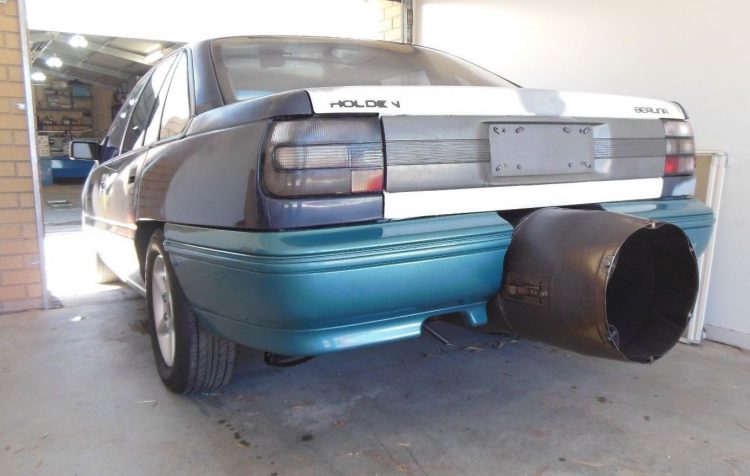 At first glance this just looks like a typical multi-coloured VN Commodore with a comically-oversized exhaust pipe. But it is actually the functional outlet of a Rolls-Royce Bristol Siddeley Viper 201 Turbojet that spans almost the entire length of the vehicle.

First built in the 1950s, this jet engine expels 2800 pounds of thrust, equivalent to 3000hp, or 2.237 megawatts. Suffice to say this is sufficient to propel the vehicle without a transmission or driveline.

A look inside the interior of the VN is followed by the sound of jaws hitting the ground, in awe of the massive engine that occupies most of it. A small driver’s seat, three-spoke steering wheel and some gauges are the only concessions to vehicular normality here. In lieu of the passenger seat sits a 100-litre fuel cell to feed jet fuel to the enormous powerplant. The rest of the car appears to be bog-stock VN Commodore Berlina. 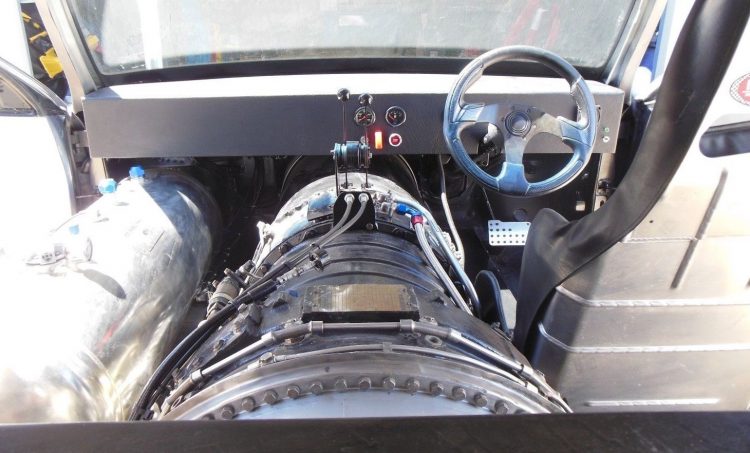 Suspension, brakes, and even the five-spoke mag wheels make the car look innocuous and unassuming. In fact, this could be the world’s best sleeper, until you get to the rear end and see the giant pipe, notwithstanding the fact it probably can’t be registered.

Most outrageously of all, the seller has only set a starting bid of $10,000. It’s certainly one of the more bizarre listings we’ve seen on eBay lately, that’s for sure. You can check out all of the details and see more images over at the eBay ad here.

Potential buyers should be aware it is an unfinished project though, which could probably benefit from some serious braking power and maybe a parachute or two. Whoever ends up purchasing this thing, we would love to see it in action at a drag strip melting everything in its wake.