This Bullet Roadster Mazda MX-5 is the perfect car for those who want an MX-5, but haven’t bought one yet because they feel it lacks in power. Well how does a V8-powered Mazda MX-5 sound? 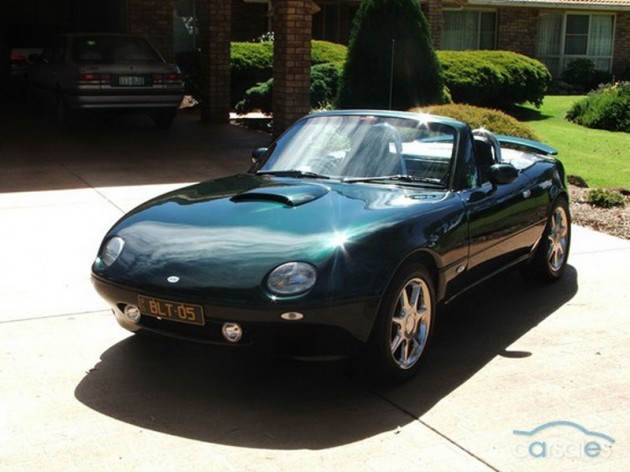 Bullet is a specialist performance car factory in Queensland which is renowned for transforming MX-5s into little beasts with 13B rotary engines. The cars were called Bullet Roadsters.

This example recently surfaced on a couple of international websites and caught our eye. The owner says it is the first V8 Bullet Roadster to have been made, and it’s now for sale on carsales.com.au

It features a fuel-injected Rover 4.6-litre V8 matched up to a Tremec five-speed gearbox. Power is sent to the rear wheels via a Holden Commodore SS limited-slip differential.

Bullet was going to continue using the Rover V8 engine but the crate motor prices went up, according to the owner. Toyota/Lexus 1UZFE 4.0-litre V8s were then engineered into the Roadster chassis creating one angry little drop-top.

Bullet hasn’t just fit a big engine in the front and left the rest of the car alone either. The package includes a total chassis reconstruction at the front to accommodate the V8 engine. Bigger brakes and beefier suspension are also added to make sure the Bullet pulls up okay and handles the bends.

This example is an extremely rare version of an already extremely rare car. The owner’s asking price is $44,000, not bad for what would be a very fun little package.