The Australian Racing Drivers’ Club (ARDC) has today announced the V8 Supercars series will return to Eastern Creek Raceway. The rebuilt Sydney circuit will host round nine of the 2012 Championship in late August. 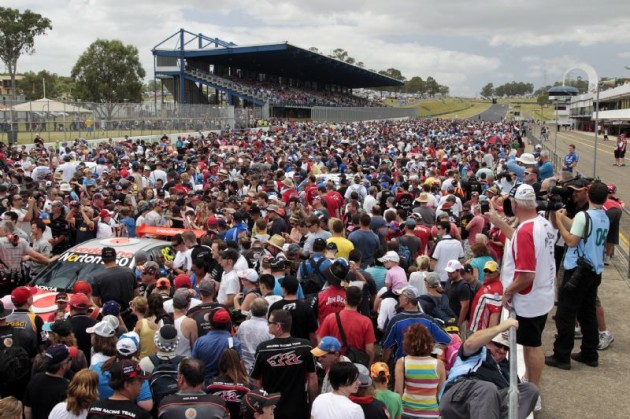 The last time V8 Supercars was held at Eastern Creek was back in 2004. After seeing the $11 million rebuild effort on the facility, both the ARDC and NSW Premier Barry O’Farrell agreed the circuit should be included back into the series. Both parties jointly funded the overhaul.

“When we had to make changes to the 2012 calendar the opportunity to hold another round of the championship in Sydney became viable. Having now seen the Eastern Creek track redevelopment first hand it will be fantastic for the teams to have a crack at this new, highly competitive circuit.”

NSW minister for tourism and major events George Souris said he was delighted to welcome a third Sydney round, joining the Homebush and Bathurst events. “This is a major win for western Sydney,” Mr Souris said.

ARDC CEO Glenn Matthews said fans have been calling for the sport to return Eastern Creek, especially after its recent development. “Having the V8 boys back in town is the perfect platform to relaunch the new Eastern Creek, with exhilarating new circuit layouts, refurbished pit lane and upgraded spectator facilities.”

The ninth round, running on the weekend of August 24 to 26, will also mark the beginnings of ‘All Things V8’. The special celebrations will run for that week at Eastern Creak, with the eighth round of the Australian Muscle Car Masters taking place on the following Father’s Day weekend.