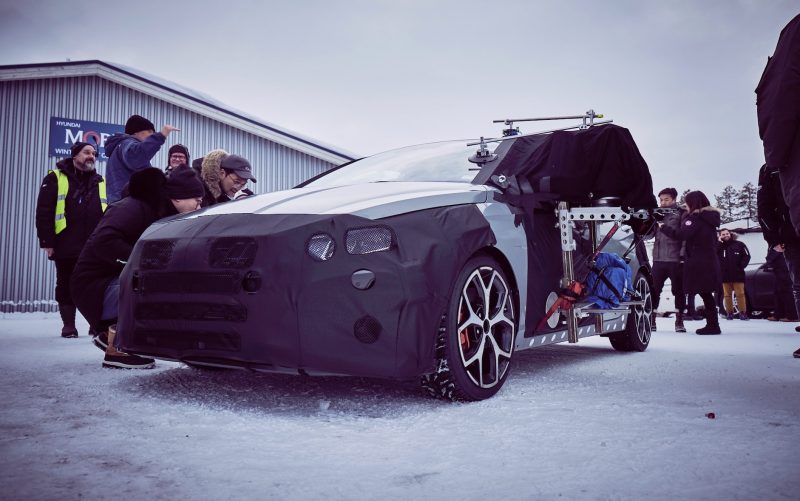 Hyundai has released some minor details but properly confirmed the upcoming existence of the 2021 Hyundai i20 N hot hatch. This is the first time the company has officially shed some light on the new micro machine, following plenty of rumours and spy shots. 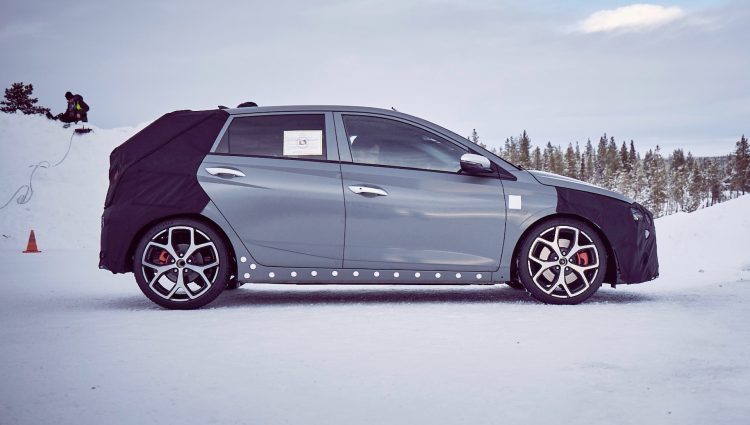 Engineers are very busy testing various prototypes around the world including on the Nurburgring in Germany, and locations in its home market in South Korea, as spied recently. But now Hyundai has sent out some official teaser images showing a prototype undergoing torturous extreme cold weather testing in Arjeplog.

The company enlisted its WRC racing car driver Thierry Neuville for help with the testing, and to assist in fine-tuning the development. And he also tested a prototype back-to-back with the i20 WRC car just to see how it performed in comparison. Neuville said:

“Very interesting car. Very precise. Very easy handling. The engine is revving nicely and the noise is very interesting as well. I’m looking forward to get this one to drive in WRC!” 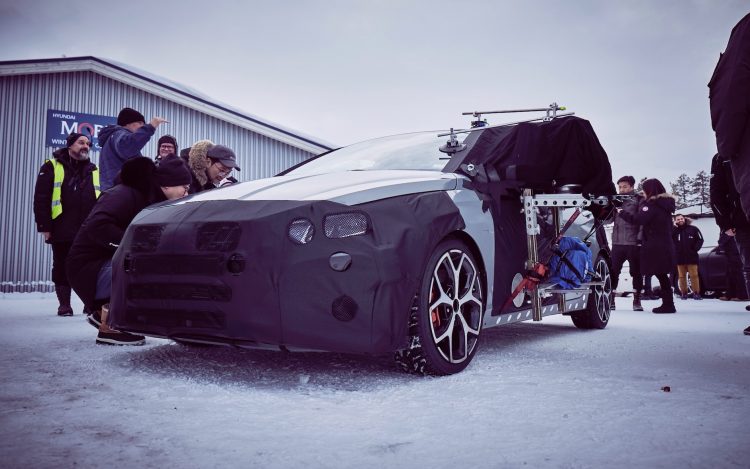 Unfortunately Hyundai hasn’t revealed any juicy details about the upcoming performance model. We do know it will be developed by the relatively new Hyundai N department as a stand-alone model. The company says the i20 N follows the success of the i30 N, promising to be track capable yet street legal.

Most of the speculation about at the moment says the i20 N will come powered by a 1.6-litre turbo producing around 150-160kW. This would be plenty to keep the key rivals on their toes. Speaking of which, the rivals will be the Ford Fiesta ST (147kW), the Renault Clio RS (up to 162kW), and the VW Polo GTI (147kW).

Like the i30 N, the i20 N is set to showcase a bespoke aero kit with special front and rear bumper bars, unique alloy wheels hiding big brakes, and of course a full sports suspension setup. It’s unclear yet if it will offer adaptive dampers like the i30 N, although, plenty of variable settings are expected for not just the suspension.

Hyundai says “more details of the i20 N will be revealed soon”, and we’re hoping we get some kind of confirmation that it will be made in right-hand drive. If it is, Australia could be on the cards even though the regular i20 is not available here. Check out the teaser videos below for more.