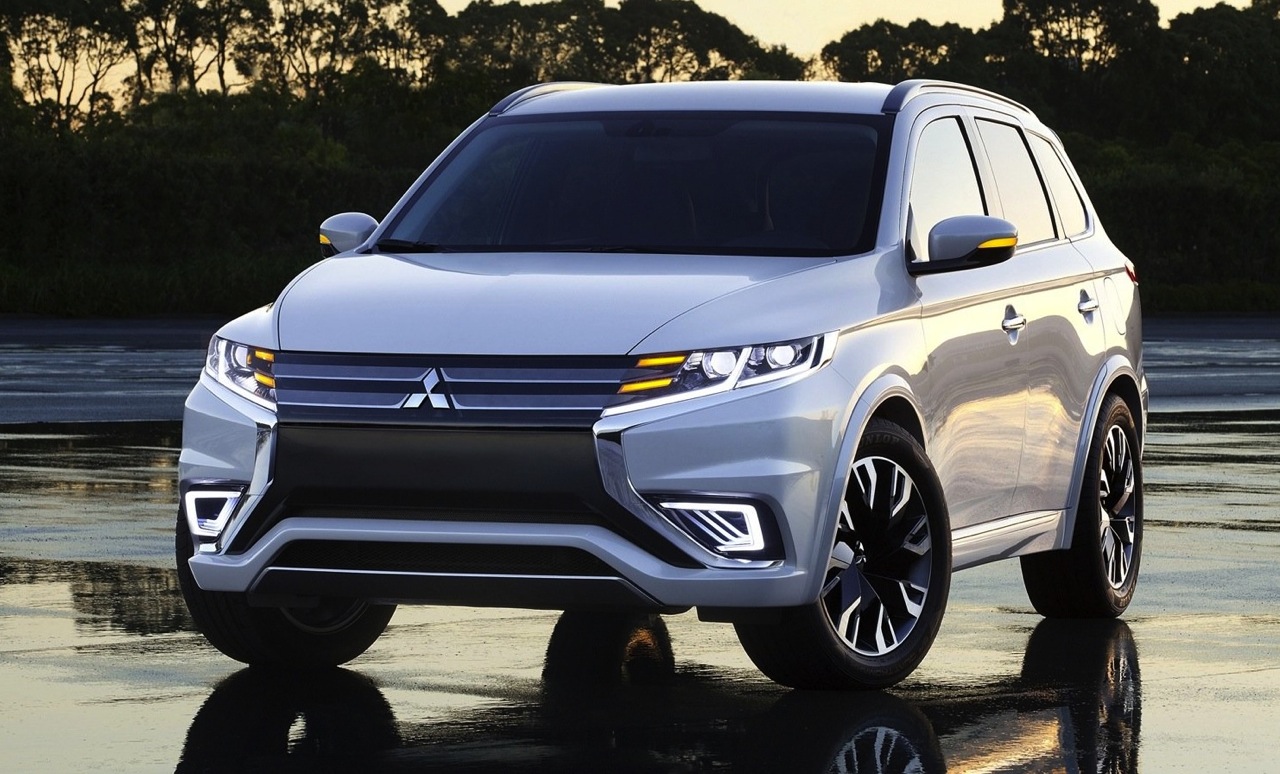 The new Mitsubishi Outlander PHEV Concept-S has been revealed, showcasing a “sporty and sophisticated” design theme inside and out. 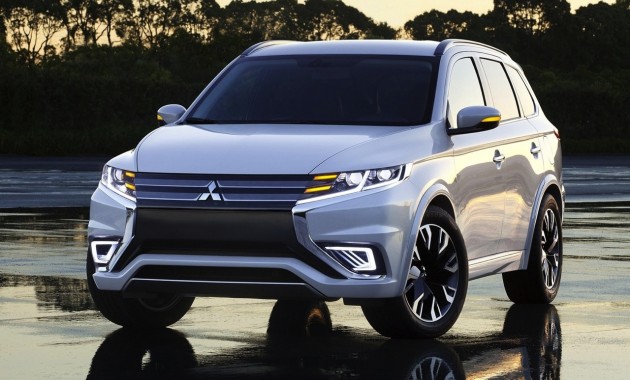 Based on the regular road-going Outlander PHEV, the Concept-S gives the SUV a distinct sporty look via a number of unique changes. At the front is an all-new ‘X’ grille layout with black chrome mouldings and some wrap-around headlights.

Around at the back a similar style is carried through, with plenty of chrome highlights, new elongated taillights, and a similar X layout which is designed to symbolise safety.

Inside, the Outlander is outfitted in a bespoke black and burgundy colour scheme, with soft leather for the seats, black wood grain accents for the dash, some silver highlights for an elegant look, and a centre console which is inspired by Japanese traditional black lacquered boxes.

Under the bonnet sits a 2.0-litre four-cylinder petrol engine which is linked up to two electric motors. One electric motor is used per axle, providing full-time all-wheel drive, just like the current showroom model.

Could this be a look into a facelifted Outlander of the near future? Or maybe a sports enhancement package? More details will be revealed at the Paris show next month. Stay tuned.

The production model Outlander PHEV is on sale in Australia now. Prices start at $47,490 for the base model LS and $52,490 for the flagship Aspire.