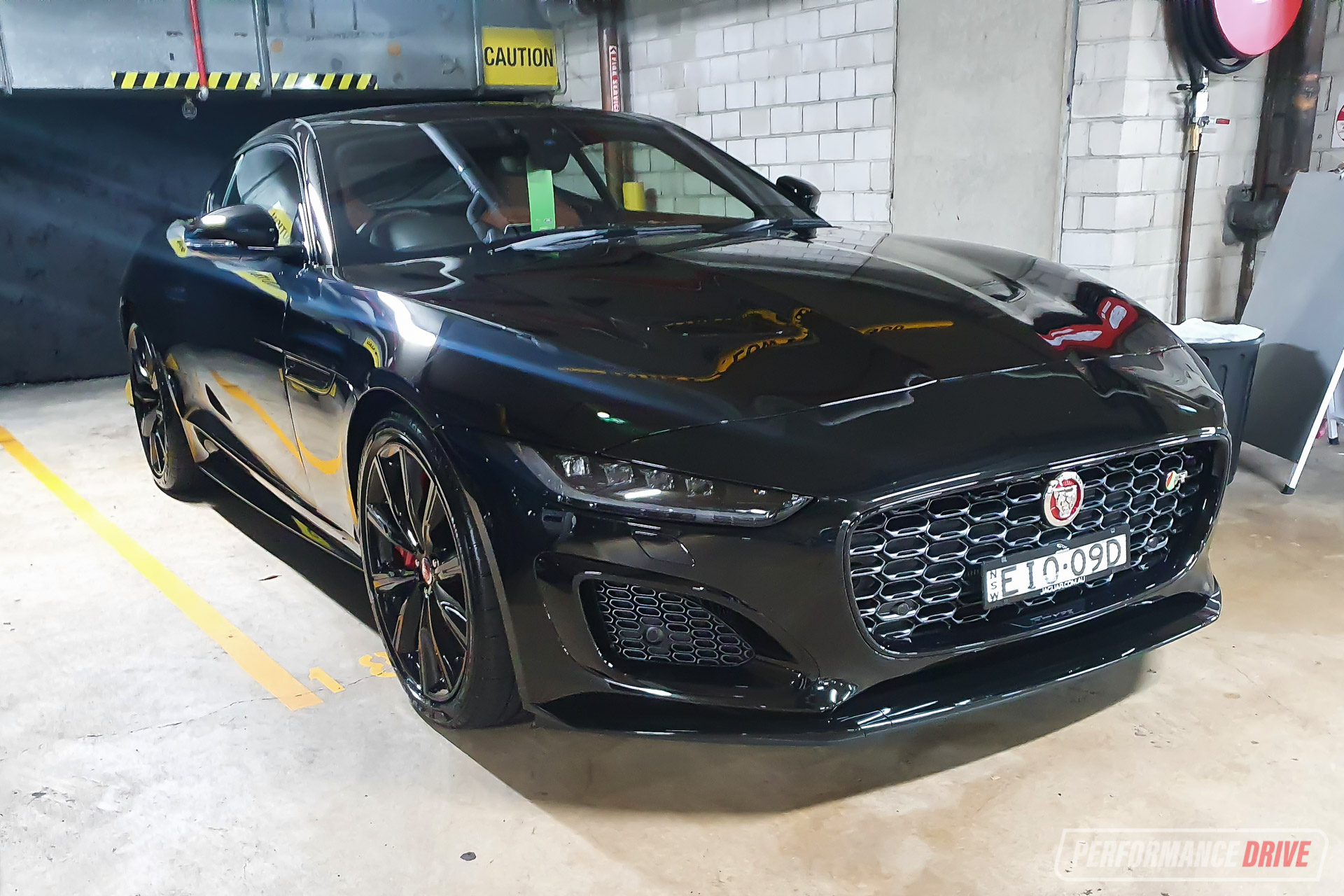 The first examples of Jaguar’s sexy new 2021 F-Type sports car have begun landing in Australia, with more set to arrive over the remaining months of this year. 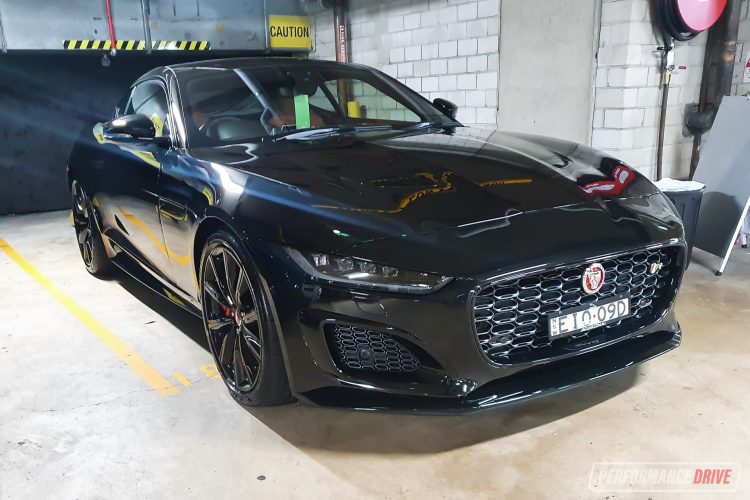 Jaguar unveiled the first major facelift for the F-Type in December, and it has been available to order in Australia since then. But the coronavirus pandemic has slowed production and deliveries for the British marque. In fact, as far as we understand, Australian orders for the F-Type were set to be built just as JLR had to close its factory.

But now the first examples have started to roll into the country. We spotted this model at a Jaguar Land Rover dealership in Sydney today (please excuse our poor quality photos, taken on a phone, in an underground carpark). After enquiring about it, we found out it is a press vehicle and one of only a few MY21 examples believed to be in the country. The first customer deliveries are expected to begin about now.

This example is an F-Type R, which is the flagship model until and if a new SVR version comes along. It features a 5.0-litre supercharged V8 that produces 423kW and 700Nm (the old SVR tune), sent through an all-wheel drive system as standard (there is no more RWD V8, in Australia). Jaguar says 0-100km/h comes up in just 3.7 seconds, with a top speed of 300km/h. 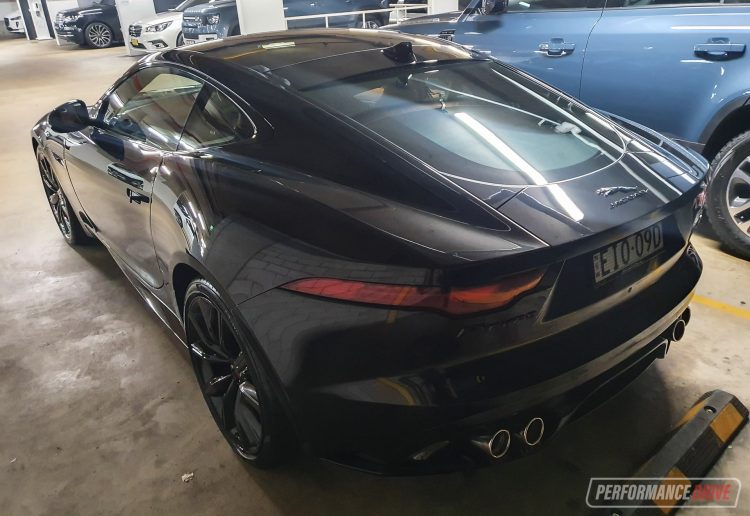 Local buyers are also offered the P300 2.0-litre turbo four-cylinder engine, developing 221kW and 400Nm, good for 0-100km/h in a claimed 5.7 seconds. Moving up the range, the 3.0-litre supercharged V6 is available in a single P380 tune, carrying over the 280kW/460Nm outputs from the previous ‘V6 S’ model. Both of these versions remain rear-wheel drive.

Although based on the same aluminium architecture as the first-generation model which arrived in 2013, the new version showcases a completely revised design. It’s much sleeker and more slender than before, with slim headlights and a wider front grille perhaps standing out as the most obvious change.

Now that we’ve seen one in person, all we can say is that it looks absolutely stunning. The lower profile gives it a sportier look, and it looks especially seductive in black with a dark tan interior, as featured here. Prices for the new model are as follows (excluding on-road costs):