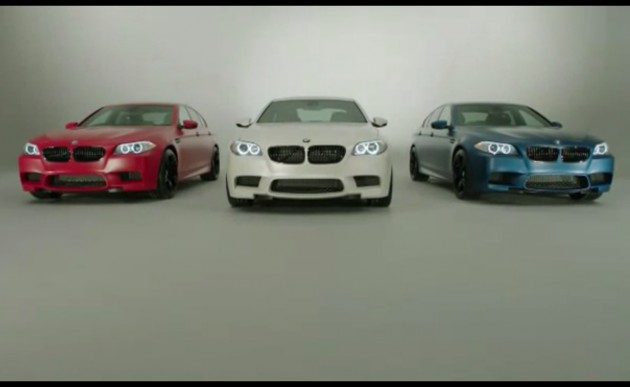 Details on the special editions are a little scarce at this stage, however, the video description says the M Performance lineup will be available in three bespoke colours; frozen red, blue and white.

The lineup will come with “an impressively high specification of standard equipment”, which means the versions will be packed with features. We could see a range of new interior trimmings as well, with, potentially the addition of carbon fibre highlights.

Up front, the 4.4-litre twin-turbo V8 is likely to be left alone. But this isn’t such a bad thing as it already produces 412kW of power and 680Nm of torque. It’s matched up to a seven-speed automatic dual-clutch transmission. Acceleration from 0-100km/h can be handled in 4.4 seconds.

We’ll update this story when we hear more about these special models, and their specifications. They’re sure to turn into rare collectables in the future.

Click play on the video below for a quick look.