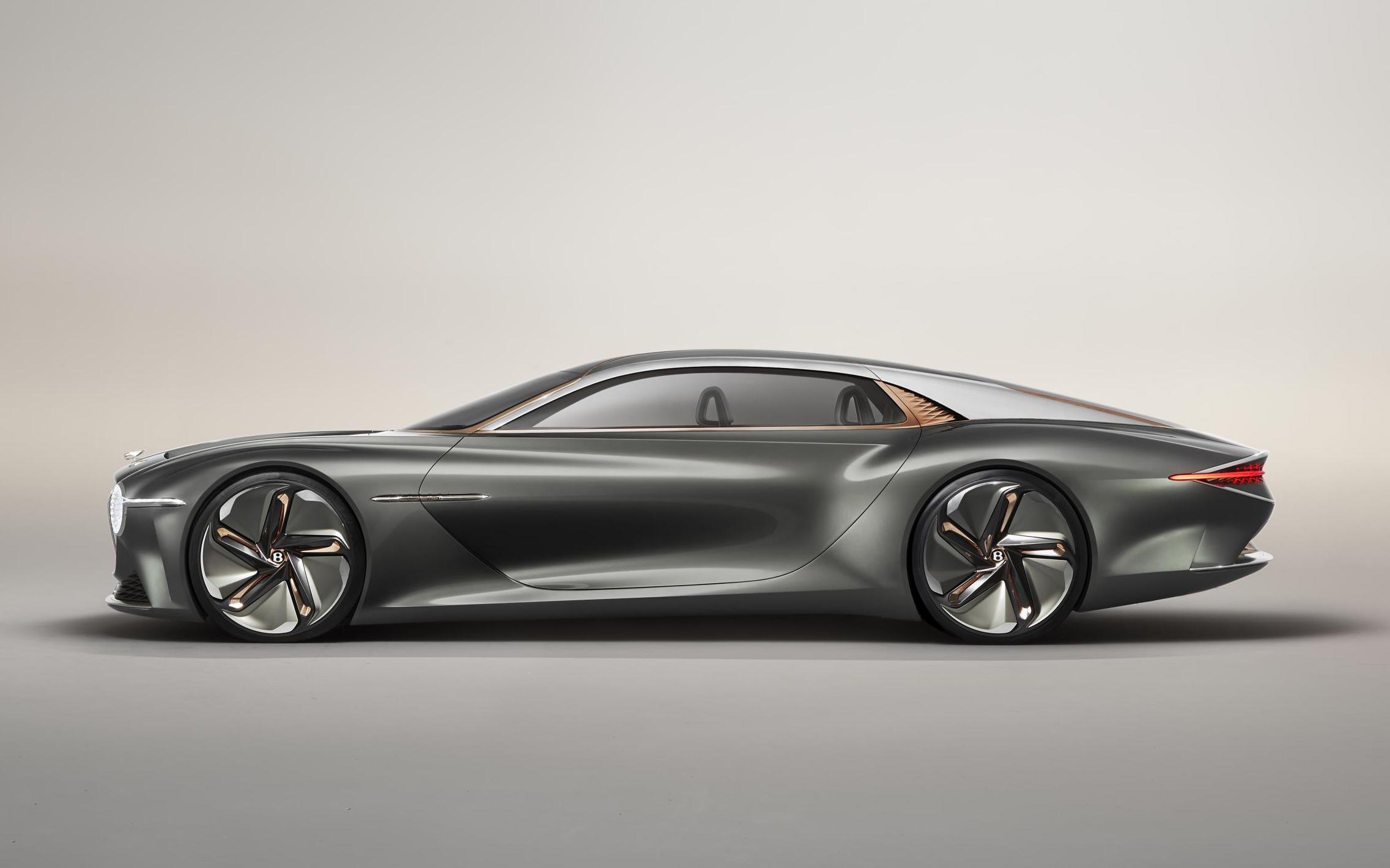 Look at this magnificent beast. It’s called the Bentley EXP 100 GT and it has been created to both preview the future, and to celebrate the 100th birthday of the Bentley brand. 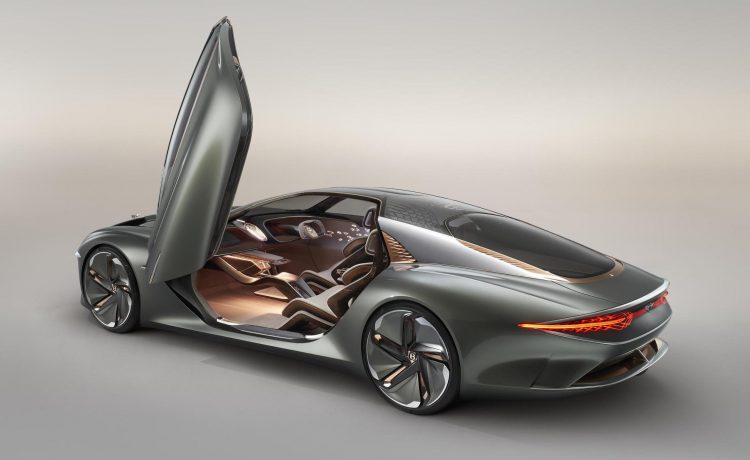 Starting with the design. It builds on the foundations of the current Continental GT, with a traditional long bonnet and sweeping roofline. Around at the back, though, it looks dramatically different to any current Bentley, featuring a long and drawn-out rear windscreen and tail.

Some of the finer details of the design include an illuminated matrix grille at the front and Flying B mascot, while the rear horseshoe section of the boot features a 3D OLED screen than can blend in with the taillights. The body is finished in a special Compass colour using a Colourstream pigment that is designed to reflect autumn colours.

It might not look like it from the outside but underneath it is a bespoke all-electric platform.. Yep, this grandeur machine is electric. There’s an electric motor at each wheel, with enough power and up to 1500Nm of torque to dust of 0-100km/h in just 2.5 seconds.

Considering the concept weighs 1900kg, that is very impressive acceleration. The system also offers a range of 700km, and can be charged to 80 per cent in just 15 minutes. Speaking of which, recharging to done by the Bentley Personal Assistant. 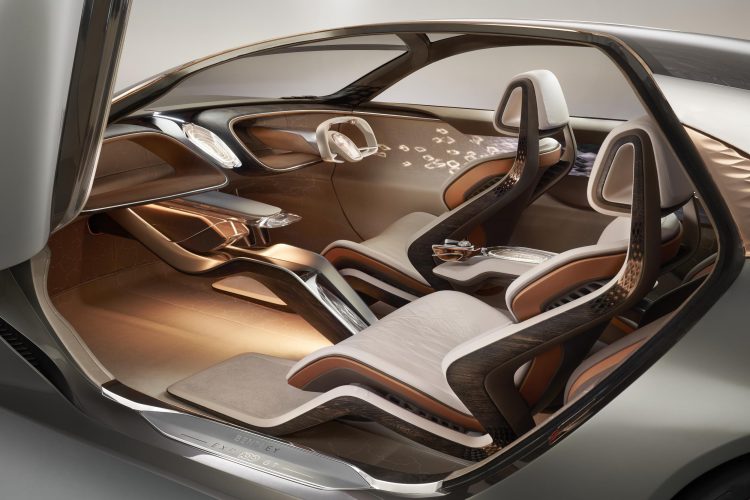 The interior is filled to the brim with fine luxury and elegance. There’s something called adaptable biometric seats that can adapt to the driving mode. For example, the driver’s seat can also swivel right around to face the rear occupants during autonomous driving mode.

There’s also loads of natural leather, bespoke copper infused riverwood which has naturally fallen from trees and preserved for 5000 years in lakes and rivers, as well as crafted stitchwork by Hand and Lock, a London-based embroidery company. Their stitching techniques date back to 1767 and are used in Royal and Military uniforms.

Although this is just a concept car, Bentley says it envisions a grand tourer of 2035. It is also part of the 100th anniversary celebrations, which will continue throughout the year.