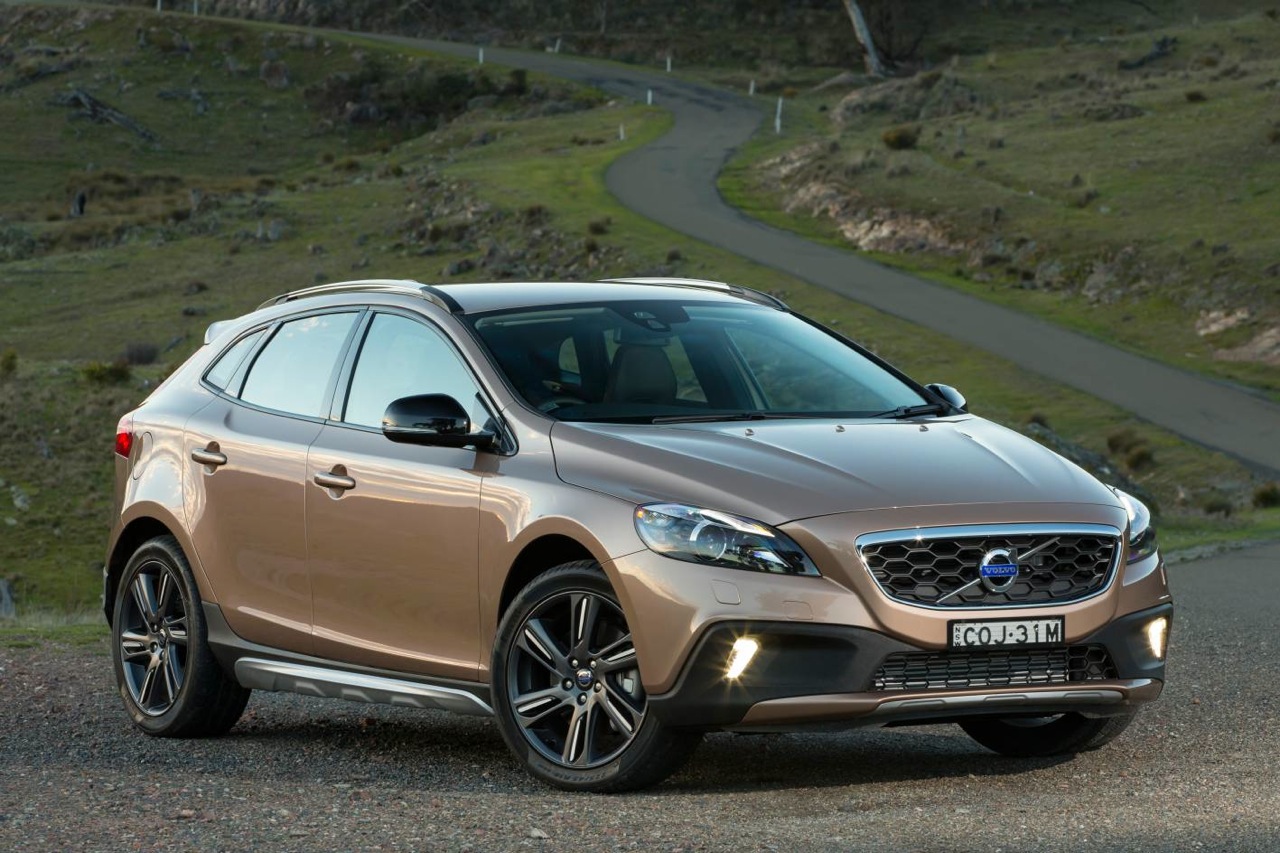 Volvo Australia has introduced the new Volvo V40 Cross Country to the local market, which is the jumped up all-wheel drive version of the V40 hatch. It takes on the likes of the Audi Q3, BMW X1, and the Volkswagen Tiguan. It will also rival the upcoming Mercedes-Benz GLA-Class. 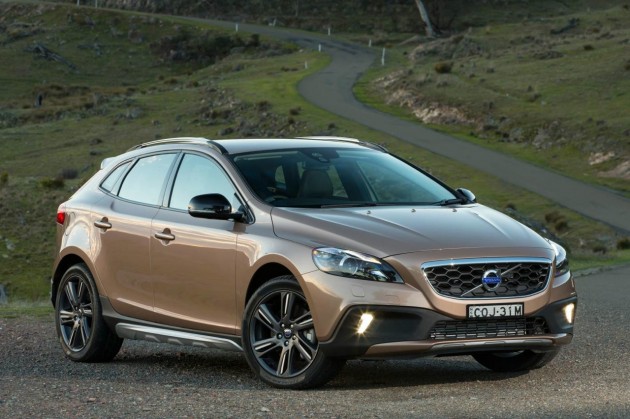 Available in two different variants, the V40 Cross Country blends the sexy new looks of the V40 with an adventurously rugged personality. The engines are the best of the crop from the regular V40, including the top-level D4 diesel and the flagship T5 petrol.

The D4 uses a 2.0-litre turbo-diesel five-cylinder engine producing 130kW of power and 400Nm of torque. It’s matched up to a six-speed automatic transmission as standard, along with a Haldex all-wheel drive system.

Acceleration from 0-100km/h takes 8.3 seconds, while the average fuel consumption rating is a very low 5.3L/100km. This makes it one of the most efficient diesel compact SUVs around.

If you’re not a fan of diesel, you’ll be attracted to the T5. It uses a 2.5-litre turbo five-cylinder producing 187kW of power and 360Nm of torque. Like the D4, the T5 comes with a six-speed auto and a Haldex all-paw drivetrain.

In terms of performance, the T5 is able to sprint from 0-100km/h in just 6.4 seconds, while the combined cycle fuel economy rating is 8.4L/100km. Interestingly, the fuel economy is only fractionally higher than the front-wheel drive V40 T5 (8.1L/100km), while the official 0-100km/h time is similarly spaced (6.1 seconds), and this is despite the added weight of the all-wheel drive running gear.

As with the regular V40, the Cross Country comes packed with a huge list of safety devices and technology to keep occupants and pedestrians as safe as possible.

There’s the world’s-first pedestrian airbag, pedestrian and cyclist detection technology, Volvo’s City Safety system which can apply the brakes automatically in emergencies at speeds up to 50km/h, as well as road sign recognition and cross traffic alert for reversing out from car parks.

To help the Cross Country cope off-road, it features a 40mm raise in ride height. The body is dressed more suitably for the odd off-road adventure too, with a durable black bodykit helping to protect the lower sections from scratches and debris, while side scuff plates and a rear skid plate shield against more serious treks.

Prices for the new model start from the following (excluding on-road costs):