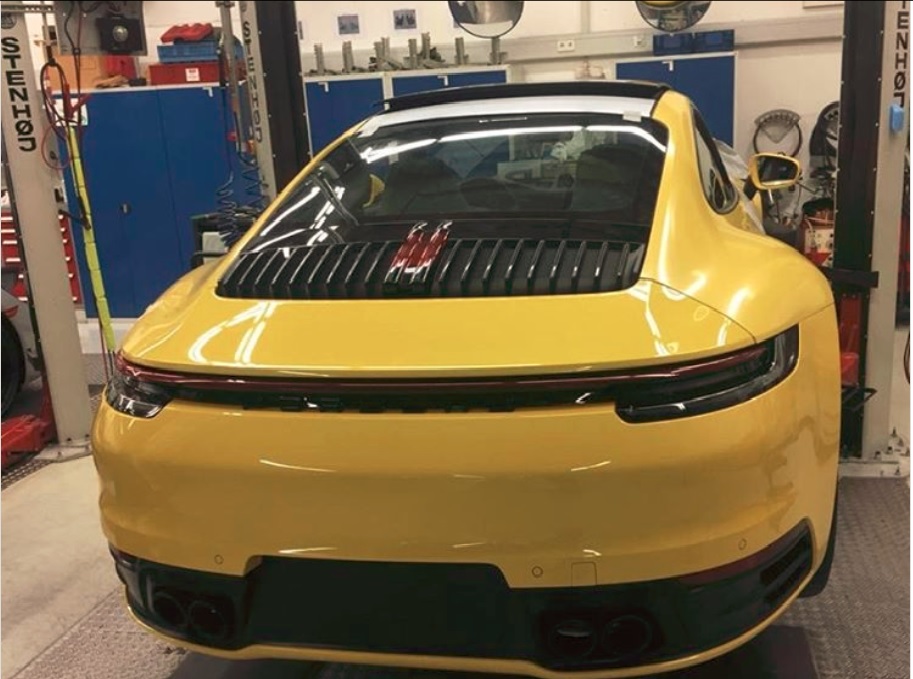 The next-generation Porsche 911 looks to have been fully uncovered months ahead of its expected public debut late this year, thanks to a photo that has leaked and posted on Instagram. 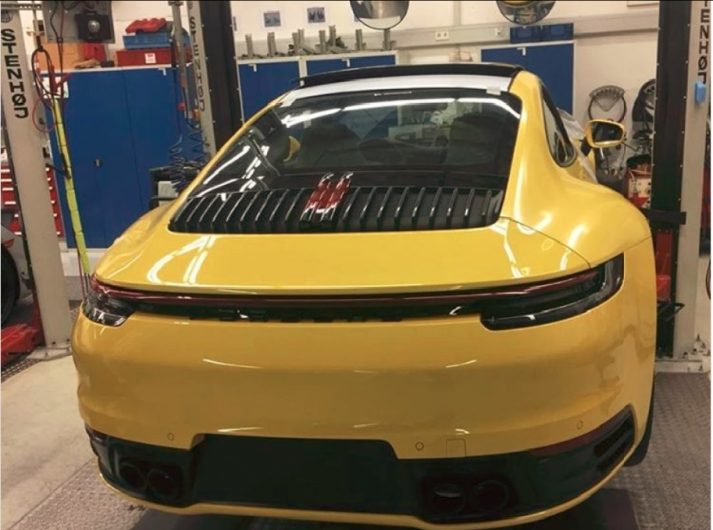 The yellow car differs significantly from today’s 991.2 model and is said to be the Carrera 4S all-wheel drive model, denoted by the presence of four exhaust tips. The wrap-around taillight design might spread to cooking models such as the base Carrera.

The engine vent has been integrated into the rear window, with a makeshift centre high-mount stop lamp looking like an afterthought, but probably just there for testing purposes. The taillights are clear and sleeker than today’s units, while the ‘Porsche’ badging is barely visible in a recess atop the bumper.

Powertrains for the new model are largely set to mirror today’s model, but with extra power and a 48V mild-hybrid system on some models. Rumours abound that the next 911 GT3 will switch to turbocharged power instead of the naturally-aspirated engine that sets it apart at the moment. It could also share front suspension components with the next-generation Audi R8 as Volkswagen Group seeks to amortise costs for every possible component across every brand.

The 992-series 911, as spotted at the Nurburgring last year in prototype form, isn’t expected to make an appearance until the latter half of this year. It will face off against the likes of Mercedes-AMG GT and Aston Martin’s all-new and unexpectedly ostentatious Vantage.