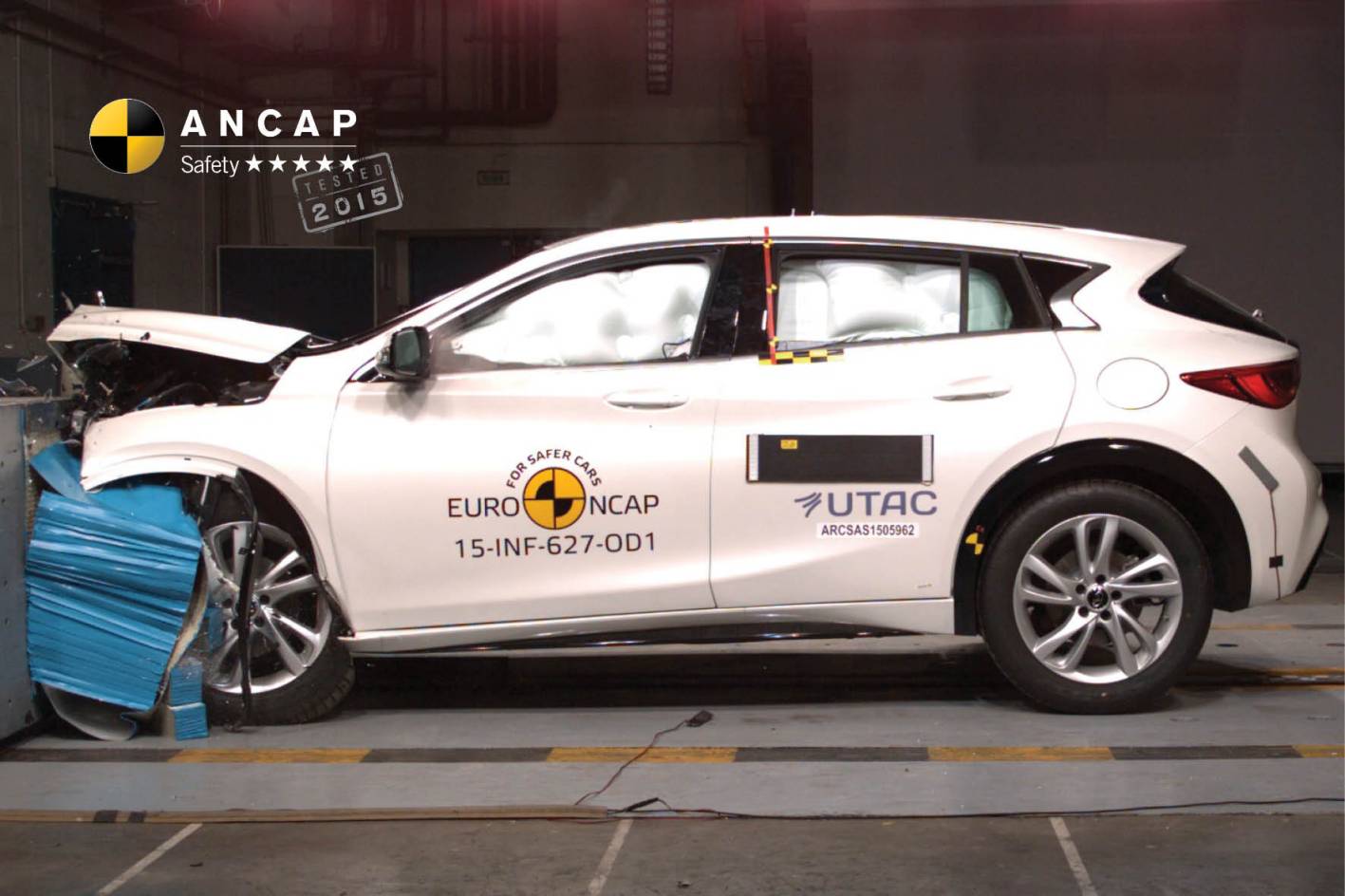 The soon-to-arrive Infiniti Q30 recently underwent Euro NCAP’s stringent crash tests and Australia’s ANCAP has assessed the results and given it the full five-star rating. 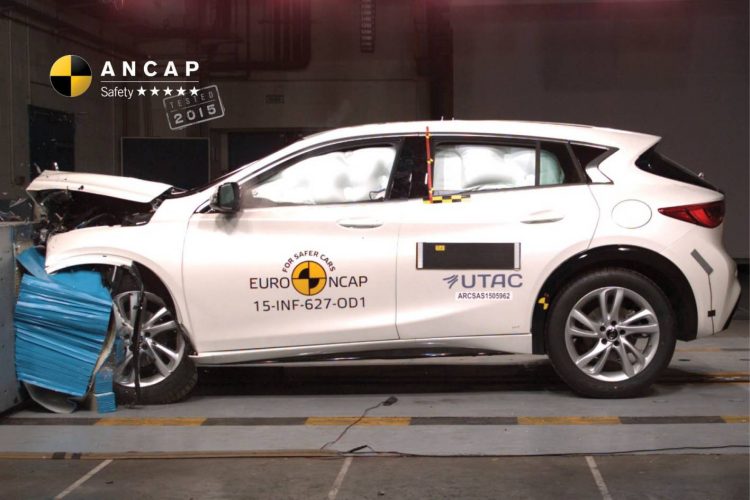 Those in the market for a small premium car will soon be offered the new Q30. This is Infiniti’s answer to cars like the Audi A3, BMW 1 Series and the Mercedes A-Class. Interestingly, the Q30 shares the same platform as the A-Class.

Where the Q30 could see improvement was with whiplash protection. ANCAP gave it “marginal” and “poor” scores for front and rear occupants in this area. ANCAP CEO James Goodwin said:

“Physical crash performance is important, but avoiding a crash is what we’re aiming for. It’s pleasing to see Infiniti provide AEB standard for the Australian market.”

Full Australian specifications are yet to be confirmed, however, through ANCAP’s ratings it looks like adaptive cruise control, blind-spot warning, and lane departure assistance systems will only be offered as an option or on higher variant grades only.

It’s unconfirmed at this stage what powertrains will be offered locally. More details are expected any day now. We’ll keep you updated as soon as we hear more.