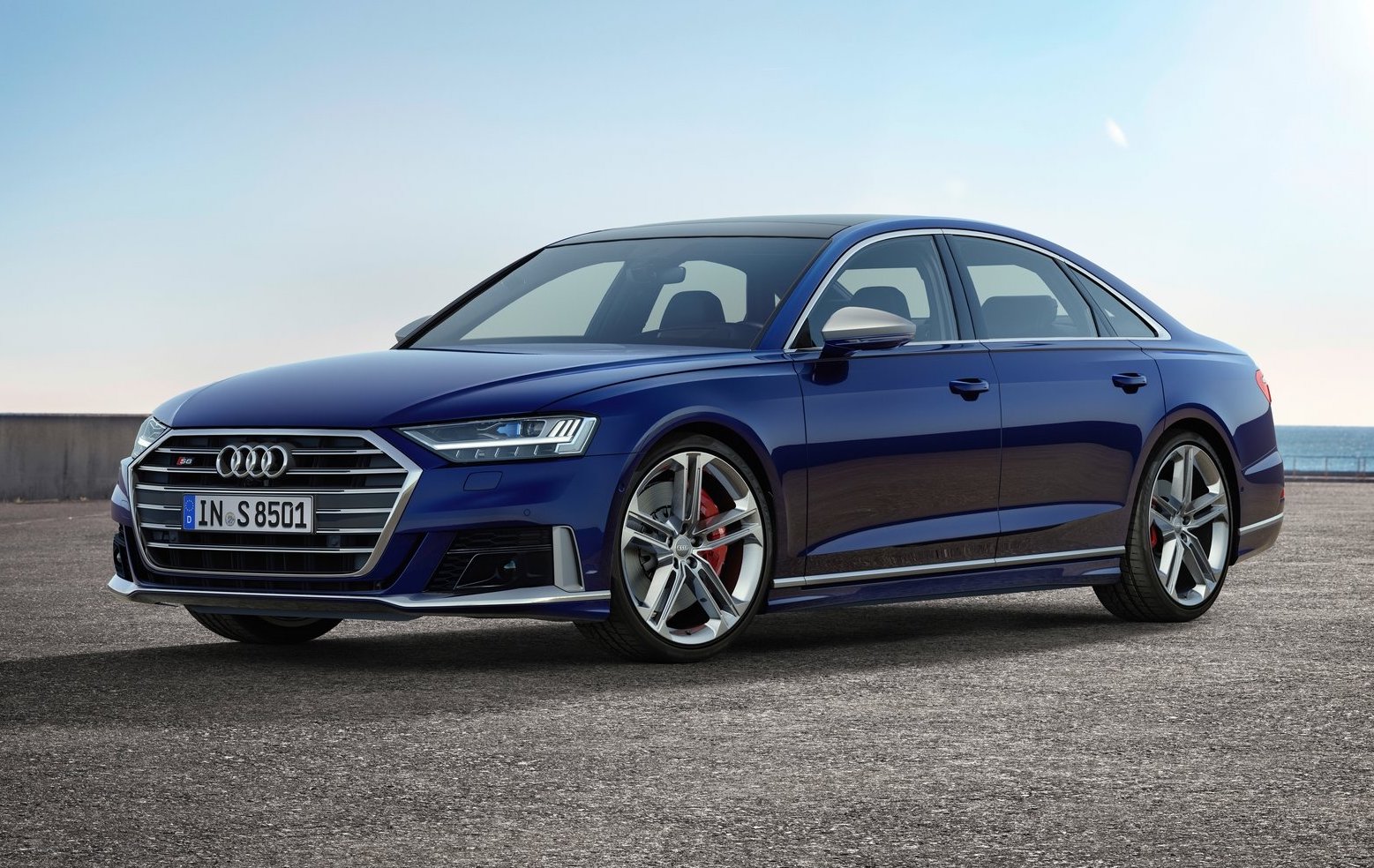 Audi has revealed the 2020 Audi S8 performance limousine, showcasing a touched up design, more tech underneath the skin including all-wheel steering, and a powerful V8 engine. 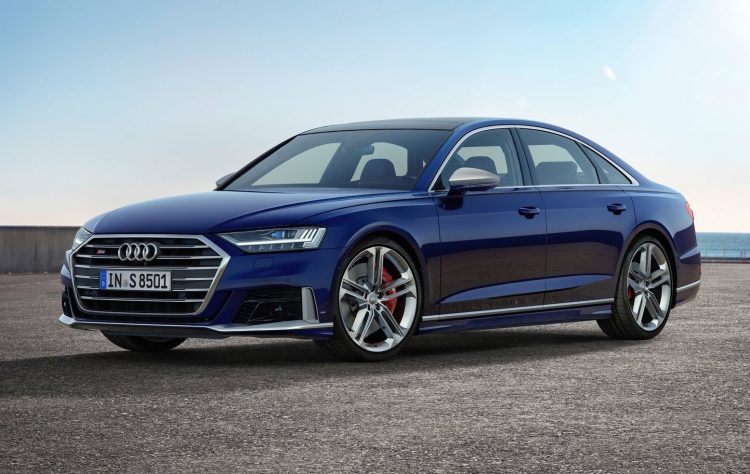 Starting with the design, the 2020 S8 borrows the clean-cut and chiselled styling of the latest A8 which was revealed in 2017. There’s the new-look single-frame grille at the front in a hexagonal shape, while the traditional silver highlights are applied for the side intakes and side mirrors.

Along the sides are some brushed metal trims for the window surrounds, with matching trim pieces along the door sills that continue around to fringe the rear diffuser area. Speaking of which, here you’ll find trademark quad-outlet exhausts. 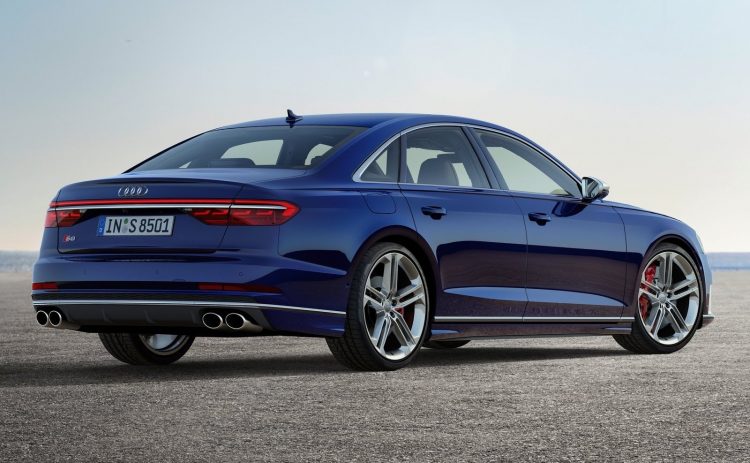 As for the engine, it’s a 4.0-litre twin-turbo V8 that belts out 420kW and a very impressive 800Nm. All of this is tied up within a 48-volt electric system offering mild-hybrid functionality. Audi says the mild hybrid system helps to provide fuel savings of up to 0.8L/100km. No figures have been mentioned in regards to official fuel consumption average, or the 0-100km/h time, but the top speed is limited to 250km/h.

When it comes time to stop the beast, you needn’t worry. Audi offers whopping 420mm carbon ceramic front disc brakes with ten-piston calipers, and 370mm items on the back. These optional items are 9.6kg lighter than the standard cast iron discs.

Handling is improved over the previous model with thanks to a clever all-wheel steering system. There’s also a new predictive active suspension setup which works in tandem with the air suspension. It can create a comfortable drive when cruising, or a taut and dynamic behaviour during sporty driving. This is also governed by the Audi drive select system that presents different drive modes. 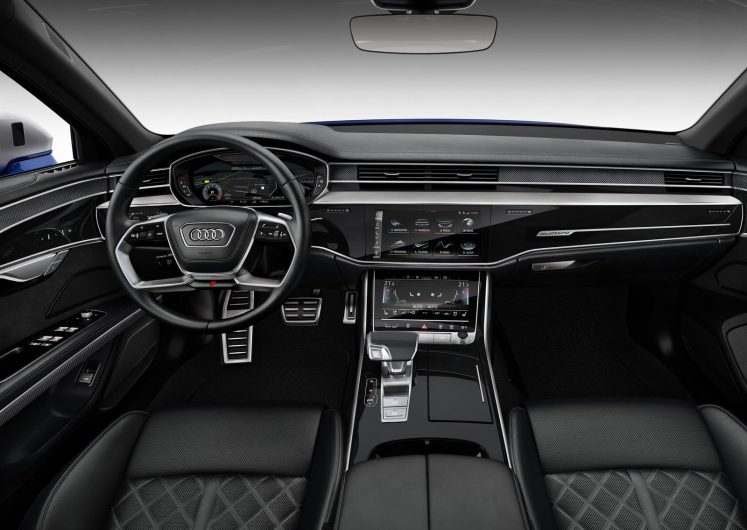 Inside, passengers are pampered in both technology and luxury. In the front you’ve got Audi’s latest dual touch-screens, with the one on top providing media and car settings, while the bottom one is for the climate control. The driver also gets a configurable digital instrument cluster.

Audi will launch the new S8 in Europe during the third quarter of this year, with an Australian arrival likely to take place next year.

“The all-new Audi S8 is expected to arrive in Australia in the second half of 2020. Further details on specific models, pricing and specification will be announced closer to launch.”