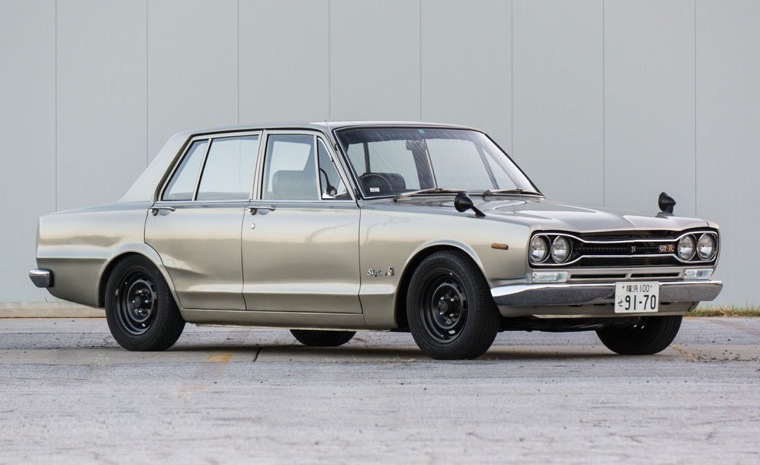 A genuine, ultra-rare, mint condition ‘PGC10’ 1970 Nissan Skyline H/T 2000 GT-R sedan is going up for auction later this month. It is one of the cleanest examples we’ve ever seen. 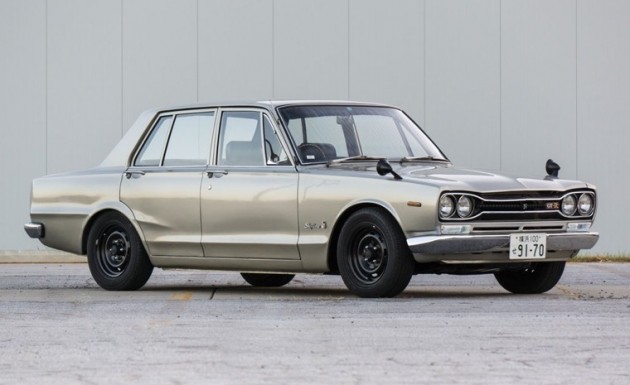 The first Skyline GT-R, or Hakosuka as it’s known in Japan, is one of the most sought-after retro classics on the secondhand market. Enthusiasts love the boxy design and iconic twin headlight front end, as well as the advanced (for its time) rear-wheel drive powertrain.

Under the bonnet sits a 2.0-litre naturally aspirated straight six engine developing 118kW of power and 180Nm of torque. It uses three Mikuni-Solex carburettors to sing out an almighty scream, with twin overhead camshafts ensuring excellent response and high revs.

Although the GT-R is perhaps better known as a two-door coupe, the first GT-R was actually a sedan. And this is one of those original items. Just 832 examples were made before the two-door (KPGC10) GT-R was introduced and subsequently took over.

This stunning example is completely standard with only 58,200km on the clock. It comes with the stock black steel wheels and showcases the later-model ‘dog bone’ front grille. The car has undergone a full restoration but has since only travelled 3000km.

Everything has been restored to standard glory, with a wood steering wheel, the correct gear shifter, black upholstery, and the emergency torch sitting in the passenger footwell. Even the factory jack and wheel brace along with the spare tyre is mounted in the boot. 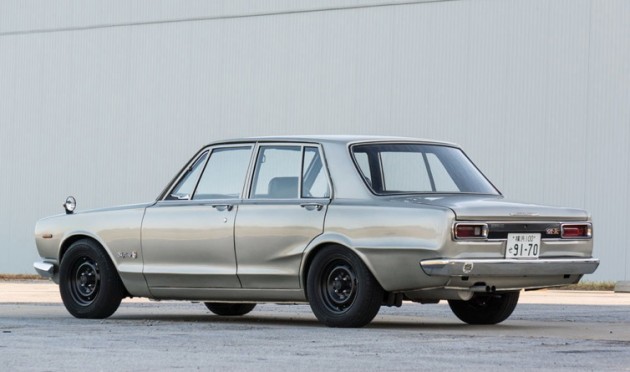 The car will go under the hammer at the upcoming RM Auctions event in Arizona, USA, on January 15. It’s expected to fetch between US$100,000 and $150,000, although it has no reserve. Head over to the RM Auctions website for more details.