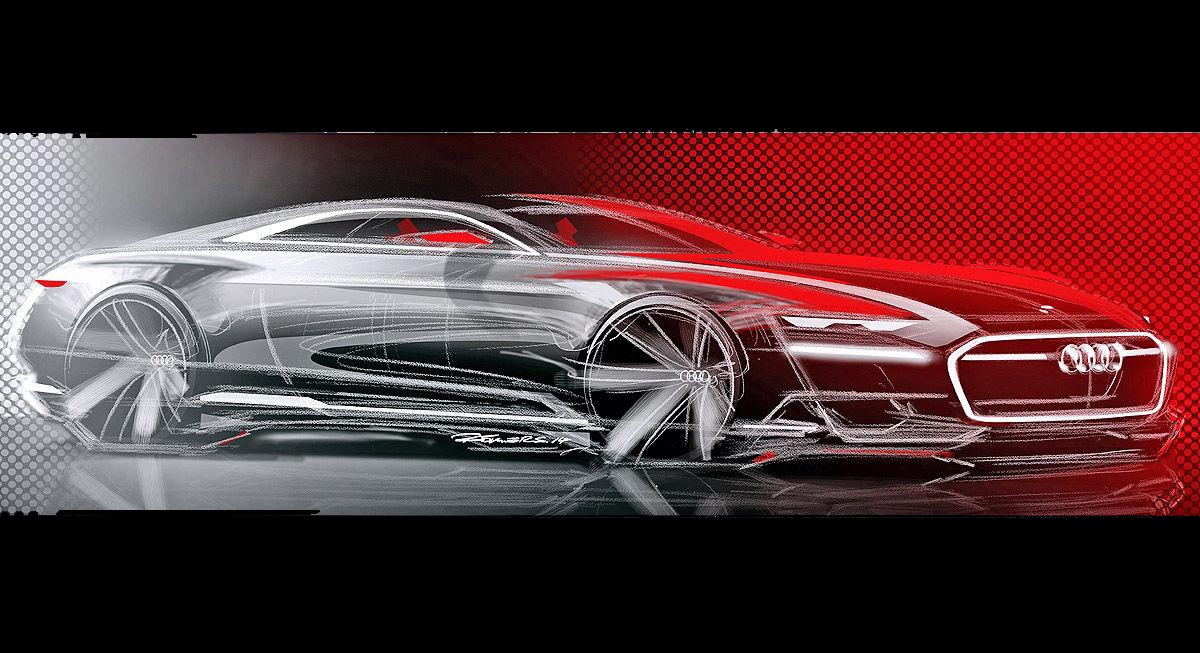 You might remember the preview shots of Audi’s new concept car it plans to unveil at the Los Angeles Auto Show starting this week. Some sketches have now surfaced giving us a glimpse of what is known as the Prologue concept. 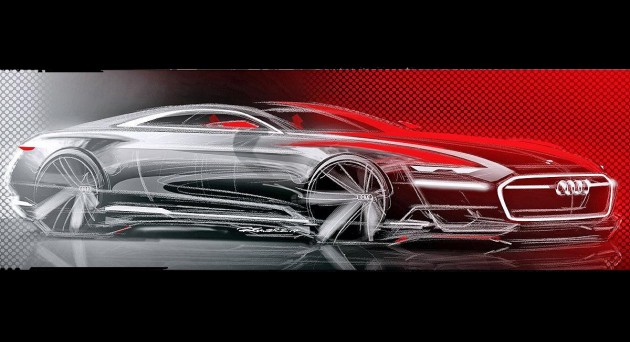 The concept is also known as the A9 concept, previewing an upcoming flagship grand coupe destined for the showrooms in the future – think of it as like a sporty two-door version of the Audi A8 luxury sedan.

Perhaps the most interesting part of it though is the fact that it is designed by Audi’s new chief designer, Marc Lichte. It gives us some indication on Audi’s future styling language too, which could be applied to all new models.

Designed as a large grand touring coupe, the Prologue concept is being pitched as a potential rival to vehicles such as the Mercedes-Benz S-Class Coupe. It’s 5.1 metres long, 1.95 metres wide, and just 1.39 metres tall. This means it will sit with a very fat and low stance.

As you can see in the sketches, there’s a fresh grille layout that seems to protrude outwards more than any current Audi model. There’s also more defined bonnet lines leading to the grille, and a very high waistline with a small glasshouse area.

In terms of engine configurations, it’s believed Audi will install a potent 4.0-litre twin-turbo V8 into the Prologue with power topping out at around 447kW. It’s likely to come with all-wheel drive and a dual-clutch automatic transmission.

More details will be revealed at the Los Angeles Auto Show which starts on November 18. Stay tuned for plenty of updates.