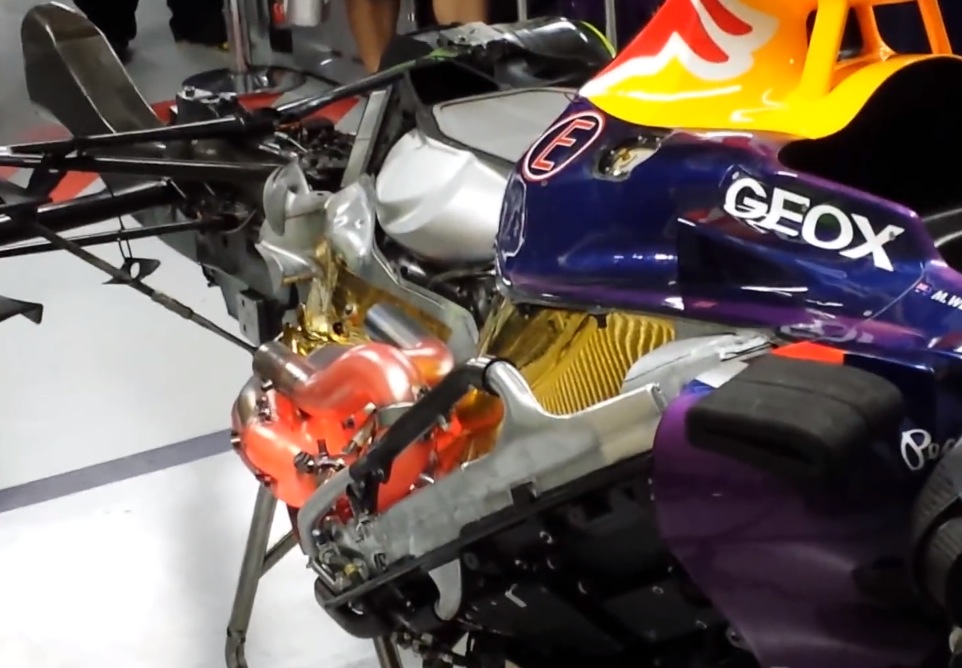 At a special presentation Red Bull Racing Formula One team, along with drivers Sebastian Vettel and Mark Webber, fired up the outgoing V8 engines for the last time. From next year, all-new V6 turbo units will be used. The engines are given a last chance to sing, with the engineers revving the A-hole out of them. Awesome stuff.

Aston Martin Aramco Cognizant Formula One – try saying that 10 times in a hurry – has taken the wraps...